It looks like False Creek could have ended up just like an American Suburb with nice culs-de-sac (yes, that’s the plural) everywhere and neighbourhood enclaves dominating the shorelines. Economic reasons for the plan included the “costs” of “high intensity” building.

The original justification for low intensity construction included high density’s potential to create “blight” in 25 years. It’s really interesting how things change, since we have a thriving glass microcosm of cultural diversity and wealth. These plans were published in 1971 and let’s be thankful that we’re not following the same ideology today. In this same collection of proposals were photos taken of the area. It’s strange how the North Shore is eerily developed like today minus our core of skyscrapers. 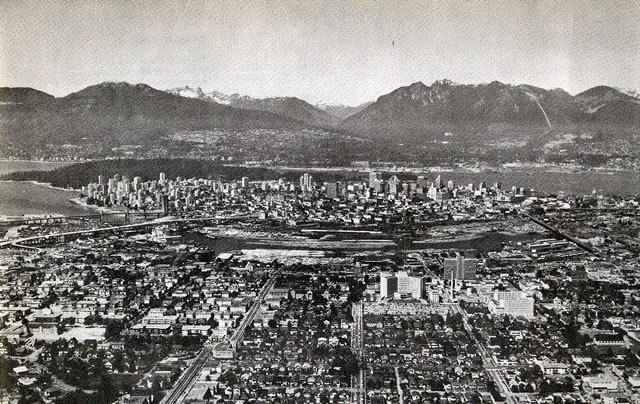 Back in the day, False Creek was a hub for industrial activity. Barges and wood were rampant and crowding the water. 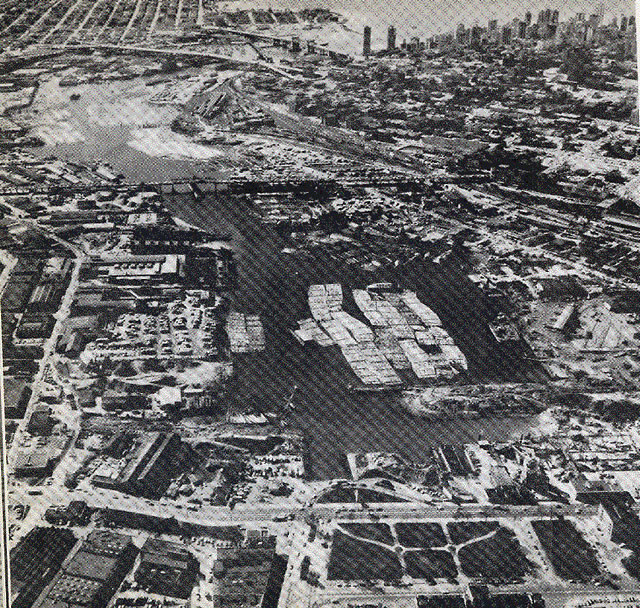 Leftover industrial materials sitting in the water against a sparse Vancouver skyline. 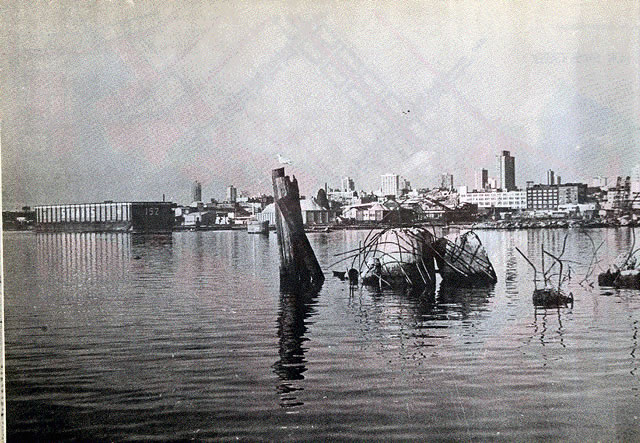