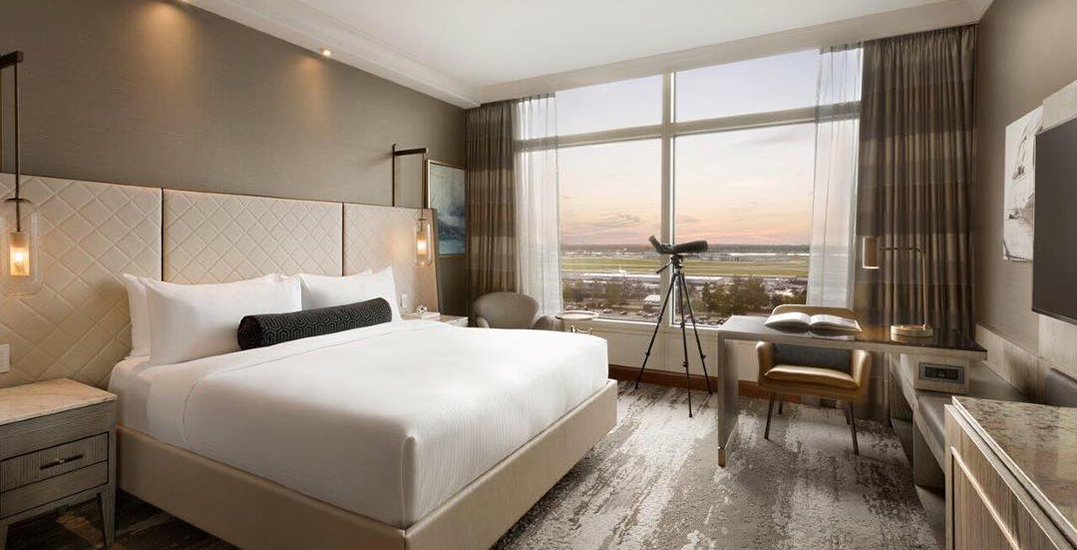 In addition to some sky-high praise that named the Vancouver International Airport (YVR) North America’s top airport, recognition has also fallen upon its neighbouring hotel.

The Fairmont Vancouver Airport Hotel has been named the fourth best airport hotel in the world, also being named the number one choice in North America.

Our hotel fared extremely well against some noteworthy competition.

A post shared by Fairmont Vancouver Airport (@fairmontvancouverairport) on Nov 21, 2017 at 1:53pm PST

Not only did the Fairmont Vancouver Airport place first in best Airport Hotels in North America, but it was the only Canadian hotel to receive that distinction. Second to fifth place included hotels from San Francisco, Dallas, Boston, and Atlanta.

On a list of the world’s top 10 airports hotels, the Fairmont managed to beat out establishments in Frankfurt, Amsterdam, Beijing, London, and Hong Kong.

A post shared by Fairmont Vancouver Airport (@fairmontvancouverairport) on Oct 26, 2017 at 3:49pm PDT

The Skytrax World Airport Awards are voted for by air travellers in the largest annual global airport customer satisfaction survey.