The luxury 377 guest room Fairmont Pacific Rim Hotel occupies the first 22 storeys of the 48 storey building and opened the week prior to the 2010 Olympic Winter Games. In the latest ranking by Condé Nast Traveler, the hotel bested some of the world’s most renowned hotels with a total business score of 88.423.

It is the nicest of the four Fairmont hotels in the Metro Vancouver region and was among the first hotels in the world to add iPad2 devices in each guest room. The devices can be used by guests to access room controls, order in-room meals, make restaurant reservations at the hotel’s RawBar and Oru, appointments at the hotel’s Willow Stream Spa, and read more than 3,000 newspapers and magazines from around the world.

Aside from the incredible harbour and mountain views, the guest rooms are described as “ultra-modern” and some of the rooms overlook the pool terrace and have private patios with outdoor fireplaces.

Just a few blocks away, the Four Seasons Hotel Vancouver earned a second place finish in the reader-based ranking with a score of 86.239. The magazine praises the hotel’s offerings and amenities such as the YEW Restaurant + Bar and the fourth-floor private health club, which includes a peaceful indoor and outdoor pool and gardens, sauna, whirlpool, and downloadable virtual workout sessions.

The Pan Pacific Hotel Vancouver at Canada Place came in at 20th place with its unobstructed views of the mountains and harbour, heated outdoor saltwater pool and in-room marble baths, rain steam showers and Jacuzzi tubs.

A total of seven Canadian hotels made it into the Condé Nast Traveler, including three hotels in Toronto and one hotel in Montreal. 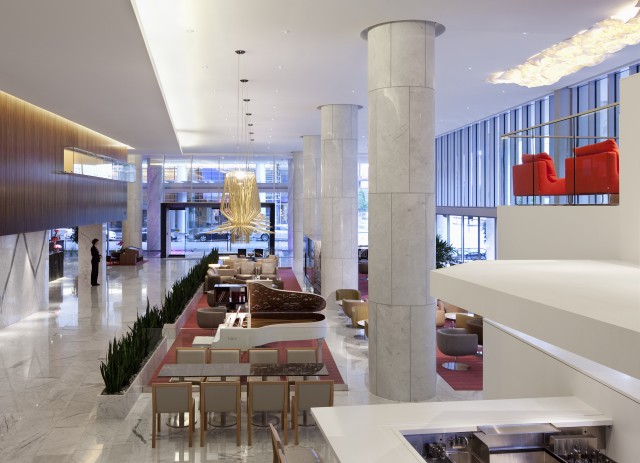