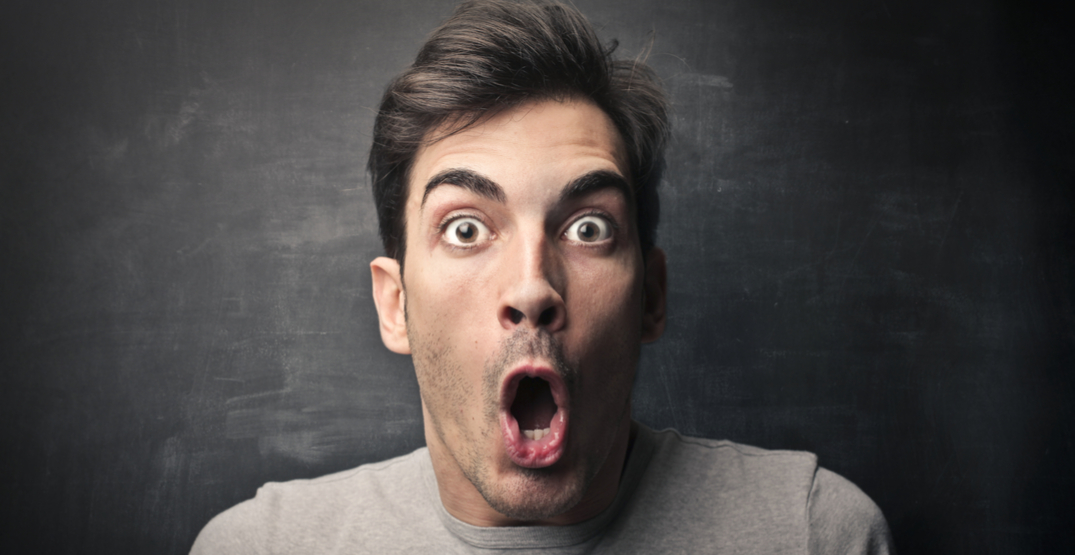 Ready to have your mind blown? Let’s do this.

Earth formed over 4.5 billion years ago and now humans made of stardust call different parts of the planet home.

Airplanes were created so we could explore new cities, thousands of miles from home. And somehow a factory dedicated to the production of selfie lights became a thing. We love finding and sharing weird trivia, and this article is an excuse for us to do just that.

We’ve teamed up with Peoples Trust to bring you seven facts that sound too weird to be true, and yet they are.

1 in 5 people believe aliens are hiding on Earth

You’ve seen E.T. and The X-Files, so you already know what to expect if you encounter an alien, right? Well, at least 20% of people polled in a global survey believe that aliens walk among us disguised as humans, as reported by Reuters. The poll of 23,000 adults in 22 countries showed that 40% of people from India and China believe that aliens walk among us.

Everyone is partial to flipping their pillow over to the ‘cold’ side because there’s something refreshing about the feeling. And that’s normal. But do you ever put your pillow on the fridge? You should, on May 29th — Put a Pillow on your Fridge Day. This tradition stems back from the early 20th century when people in the US and Europe would put cloth in their larder once a year for good luck. Putting a pillow atop your fridge on May 29th could apparently bring you “prosperity and good fortune,” according to Days of the Year.

Would you ever in a million years have imagined that you could be related to a literal banana? Scientific research has shown that we share common DNA with our favourite peeled fruit. According to Get Science, we’re more than 60% similar to the banana. Many of the “housekeeping” genes that are necessary for basic cellular function, such as for replicating DNA and helping cells divide are shared with bananas.

Bolts of lightning can shoot out of a volcano

Everyone knows lava pours out of a volcano, but you don’t often hear about lightning bolts. Yet this is a naturally occurring phenomenon that has been witnessed and documented in eruptions over the last 200 years, according to Oregon State University. In 2010, volcanic lightning occurred in Eyjafjallajokull, Iceland.

You can earn money while you sleep

Sounds bizarre? Yep, you can earn money while you sleep when you have an E-Savings account with Peoples Trust. This ‘no bull’ account lets you earn with a 1.65% interest rate — with no conditions, fees, or a minimum deposit attached. You’re not locked into any set term so you’re simply earning money while you sleep, and while you’re awake, too. Check out Peoples Trust for more information and to sign up.

If you love to cook but the mere thought of chopping an onion is painful because it makes you cry, you might want to try this. Chewing gum while you’re chopping an onion helps diffuse the odours that make you cry when you breathe through your mouth, so the chemicals don’t make it to your nasal cavity, as reported by Doctor Oz Magazine. Try it out for yourself and let the tears be gone, or at least lessened.

Sure, clouds look all light and fluffy whether you’re gazing up at them from your street or when you’re flying through them onboard an aircraft. But they’re actually a lot heavier than you think. The average cloud weighs a massive 1.1 million pounds, according to Science Alert. Those tiny condensed water droplets really add up when it comes to the overall weight of the clouds.