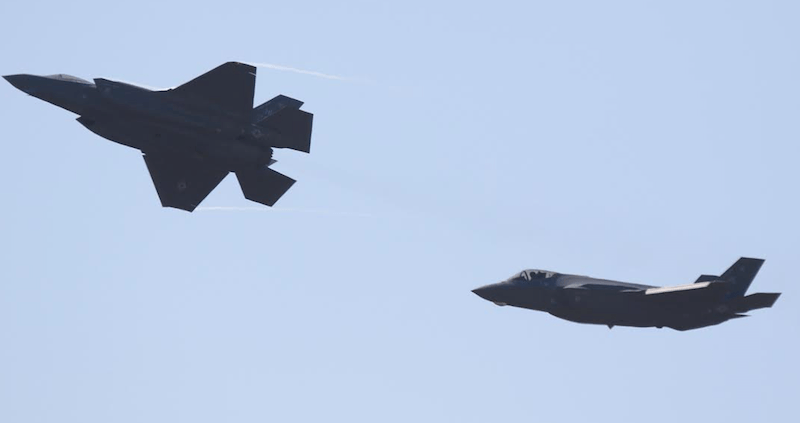 There will be a special appearance made at this year’s Abbotsford International Airshow.

That’s because two F-35 fighter jets have landed in Abbotsford, the first time the aircraft has ever been on Canadian soil.

Billie Flynn, an F-35 test pilot and former member of the Canadian Air Force, is visiting the airshow this weekend and says getting to fly the aircraft every day is like looking at the world from a “God’s eye view.”

“The F-35 is different than any previous generation airplane,” Flynn told Daily Hive.

The aircraft has been at the centre of long-standing political controversy in Canada as it was slated to replace the country’s ageing CF-18 fighter jets.

In 2010, former prime minister Stephen Harper planned to purchase 64 F-35 jets for Canada. But Harper’s vision has not turned into a reality.

The Liberal government scrapped the plans and said they will not purchase the F-35 jets, with Prime Minister Justin Trudeau saying that the F-35 is “far from working” in June.

Instead, there will be an open competition to determine what aircraft will replace the CF-18 fleet.

The F-35 aircraft at this weekend’s airshow are from the first operational squadron of the United States Airforce. The F-35 has been in action with the United States Marine Corps for over a year and the U.S. Airforce has declared the aircraft combat-ready.

“You never really believe how amazing this airplane is until people come up and see it,” Flynn said.

You can check out the F-35 on display at the Abbotsford International Airshow, which runs from August 12-14.