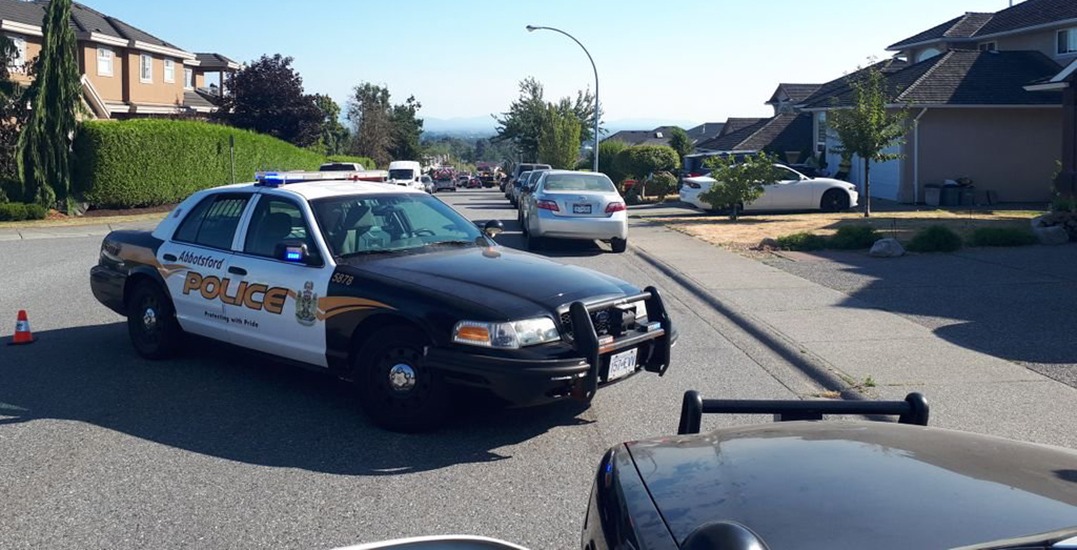 A garage explosion has destroyed a residence in Abbotsford and left one man dead.

Abbotsford’s Emergency Services responded to multiple reports, all describing an explosion in a residential garage, located on the 3300 block of Ponderosa Street.

The incident took place on Thursday, August 9, at approximately 4:18 pm.

By the time emergency services arrived at the scene, the entire residence was engulfed in fire.

Six adults and two young children were able to escape the fire, unfortunately, an adult male in the residence was found deceased.

The male’s name will not be released at this time; there was no mention by Abbotsford Police (APD) on whether any of the survivors suffered any injuries.

The cause of the fire still remains under investigation.

The APD and the AFRS wish to extend their condolences to the man’s family and friends.