If you haven’t heard already, Saturday, May 2 is fight night between Floyd Mayweather and Manny Pacquiao, arguably the two pound-for-pound best boxers on the planet.

Mayweather and Pacquiao go head-to-head in Las Vegas, and you can get a front row seat to all the action at the Theatre at the Hard Rock Casino Vancouver. 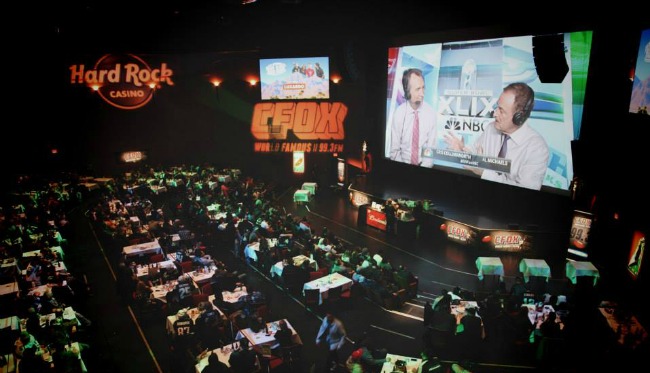 With a 48×24 foot HD screen, there is really no way better to watch this historic fight. Not only are tickets only $13.50 (plus tax), it also includes one free beer! If you think it can’t get any better than this, there will also be five prizes of $100 free slot plays for attendees. Get tickets to fight night now.

To celebrate the fight, we’re giving away a table for four at the Hard Rock Casino Vancouver including food. To enter to win, do at least one of the following:

2. Leave a comment below telling us who you think will win the fight. (1 entry) 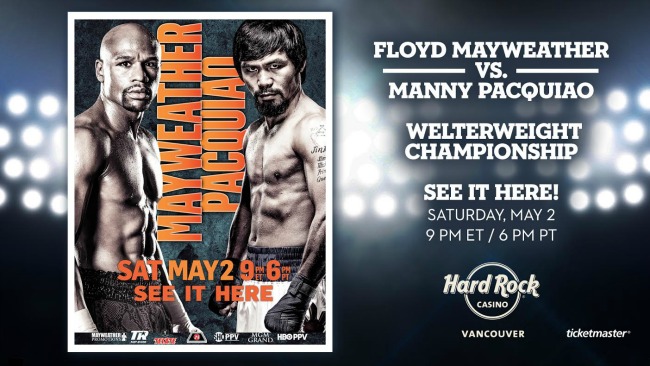 Contest entries will be accepted from time and date of publishing until 3:59 p.m. PST on April 29, 2015. One winner will be chosen at random and contacted through the platform they enter by.