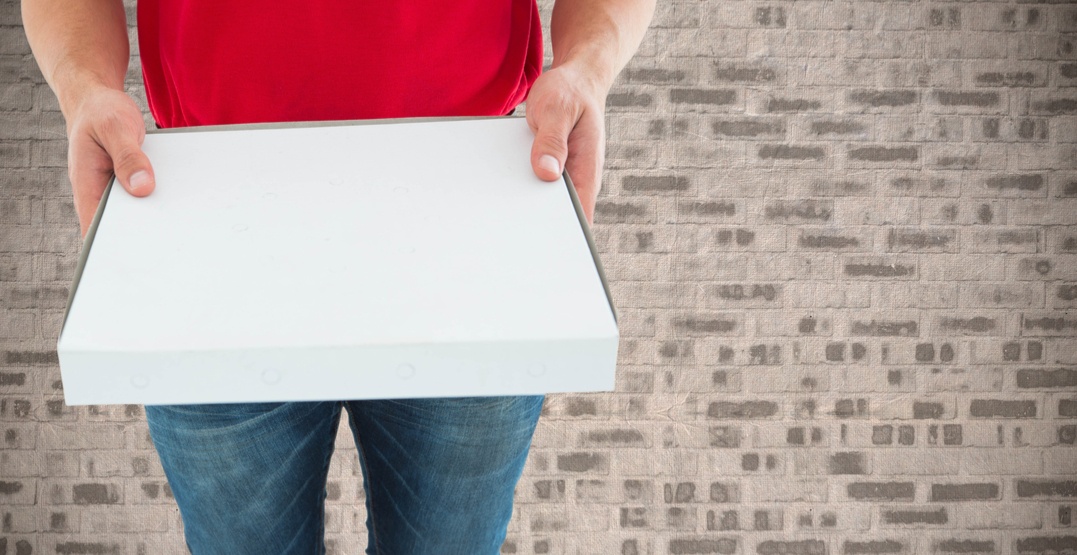 He didn’t even take the damn pizza.

I worked for a small, family-owned pizza place as a teenager for what would have been too long a time if I hadn’t been legitimately addicted to the food. I was there for six long – yet delicious – years, and worked as a delivery driver for five of them.

Armed with a flashlight, my old Chevy s-10, and a debit machine, I brought cheesy happiness to regulars and first-time customers alike, and business was good.

Being technically a manager while working delivery shifts, I’d be making a decent hourly wage on top of that sweet, sweet $2 delivery charge, plus whatever my fine customers saw fit to tip.

I’ve had great tips, bad tips, low tips, no tips, people have tried to tip with joints, beers, foreign coins, there were even a few occasions where I had to spot customers a quarter or three myself, but only once in my fast and furious delivering days did I manage to lose hundreds of dollars in a single delivery.

It was a Friday and it was busy, as Fridays usually were.

I was the main delivery driver, which meant I got to take all of the super easy close-to-the-store deliveries, while the secondary driver had to field deliveries to the bad place – other-wise known as south-side.

We had gotten a call for an order a few kilometres down one of the main roads. It was an easy 10 minute round trip for a large pepperoni and a two litre of Coke; a $20 order.

The ticket said to make sure the driver had change for a $100 bill – we usually start off our shifts with a float of $20, and I’ve been stranded at many a door unable to make change for a $50 or $100 bill, so it was nothing new that someone would give the heads up.

This was later in the shift, anyway, so I definitely wasn’t short on cash.

Looking back, it makes sense that a potential delivery robber would say that, because that would ensure I had at least $80 on me. Realistically, I had about $300 in my wallet at the time, though you’d have to ask him to find out the exact amount.

Cool, I thought, I won’t have to wait for him at the door.

Always aiming to shave off whatever precious seconds I could, I’d already pulled out my wallet and was counting out a few twenties as I walked up to him, taking out the first $60.

I was still looking down when I asked him the polite-yet-inquiring question known to service industry workers the nation over:

A pizza delivery boy doesn’t have much in the way of free hands during transactions, in case you ever cared to look. At the time, I had a fully loaded pizza bag in one hand, my car keys and a 2-litre filled plastic bag in the other, and I was juggling a wallet between the two.

I wasn’t really in a position to let go of anything – at least not unless it was in the well rehearsed order that came after a successful payment.

I also thought he was kidding.

“Hah,” I said, probably awkwardly, eyes still down on my wallet. “But seriously, what can I get back for ya?”

His hand remained on my wallet, not really trying to pull it away from me, but not letting go, either.

“All of it,” the man, who I would later describe as a white guy of normal height with no defining features to speak of, said.

That’s when I saw the gun in his other hand.

He was holding it up by his head, pointing it down at me, slightly tilted.

I still didn’t let go of the wallet.

“You’re serious?” I asked for some dumb reason.

That’s around when I clued in that I was, in fact, in a significant bit of danger.

As soon as I let go of the wallet I saw my mom’s credit card tucked into one of the leather slots. I had it on me because she was organizing my little brother’s high school after-grad, and the pizza place I worked at was supplying some food, so she had given me her card to pay my boss back.

For some reason that sole fact was all I was concerned about about when I blurted out “can I at least have my wallet back?”

He was filing through the mostly green, occasionally red bills when he gave me a look. Without saying anything, he pulled the stack out, tossed me my wallet, and took off into the backyard of the house.

I assume he jumped the fence once he was back there, but I wasn’t sticking around to find out.

I simply walked slowly back to my truck, large pepperoni pizza and two litre of Coke still in hand.

I drove down the road a ways and pulled over to call the police, but then I realized that a cop pulling me over would actually be a good thing, so I punched in 9-1-1 while driving the short distance back to the store.

They answered, I explained what happened, and the police told me not to take any more deliveries; they were coming to talk to me.

When I pulled up they weren’t there yet, and the store had calmed down quite a bit. I put the large pepperoni pizza on a table and walked to my boss’s office in the back.

“Hey, uh,” I said, knocking on his already opened door. I figured I should just come out with it.

“I got robbed… at gunpoint.” I wanted to make sure he knew there was a deadly weapon involved – that I didn’t just get scared out of a night’s worth of cash by some tough talking customer, or, worse, that I had pocketed the money and was making it all up.

Side note: The boss (and owner) of that particular pizza store is one of the nicest guys I’ve ever met, and definitely one of the reasons I’d worked there for the entirety of my high school career and then some.

He asked if I was alright (I was), if I’d called the cops (I had), and what delivery it was.

It turns out that the order was called in from an unknown number, which is not necessarily a rarity, but still a red flag – or at least it’s treated as such nowadays.

The police showed up and asked me to describe the guy, “He was very average,” and if I was okay, “Probably?”

I told them about how I’d gotten my wallet back, and they said they’d need to take it in for prints, but that I could keep my cards.

They then told me not to take any more deliveries that night, which was a bummer because that meant no tips at all on a Friday. As they left I asked them if they wanted the large pepperoni pizza (the two-litre of Coke was safely back in the cooler), but they just said no thank you.

I transferred my receipts, gave my debit machine to the secondary driver, and started cleaning, but my boss – being the guy that he is – gave me $100 to make up for the tips I’d lost and told me I could just go home.

I tried to turn it down, explaining that, hey, I kinda lost your money too, but he wouldn’t hear it.

So I ended up getting off early on a Friday, $100 in my pocket, important cards all accounted for… but I forgot to take that damn large pepperoni pizza home with me.

And that’s the real tragedy of the story, looking back.

I hope someone ended up eating it.