When it comes to Vancouver Indie theatre, Except In the Unlikely Event of War is as homegrown as they get.

A co-pro between PI Theatre and Horseshoes and Handgrenades, Except is penned by local playwright and H&H co-artistic director, Sean Devine. The subject is unapologectically Canadian, and there’s no love lost for Stephen Harper. 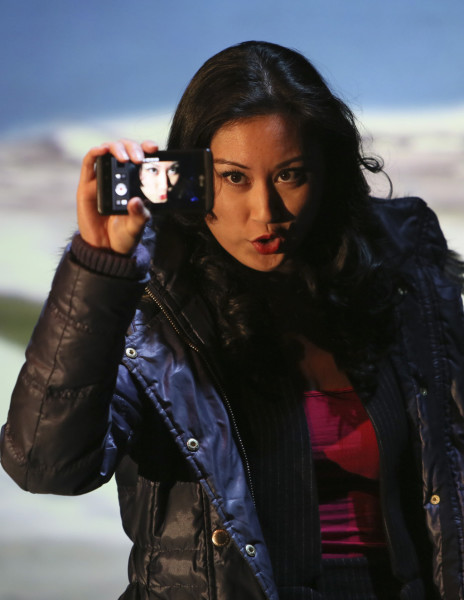 The play has three distinct storylines: the first takes place in 1965, in an underground bunker in the Northwest Territories. It’s an uber-secret meeting of some of the top minds in the world, seeking to understand the effect of war on our society, and ultimately, if there are good reasons to manufacture war. The second takes place in 2015, also in Nunavit. In the same bunker, a washed-up, right-wing radio host and a blogger discover a plot by China to invade Canada through a chink in our Arctic armour. The third storyline is a play-within-a-play-within-a-play, first told by video, then live on stage, of the backstage story of the actors preparing for the play.

Confused, yet? Yeah, I was too. But stick with it… because it all gets sorted out in the end.

The set is sexy. Yvan Morissette’s clean, grey, industrial lines speak of despair and stale-beer breath. There is a lot of multi-media, mostly in the form of video, designed by Caldelario Andrade, which range from backstage, Entertainment Tonight-type footage, to video diaries to futuristic fearmongering television commercials. 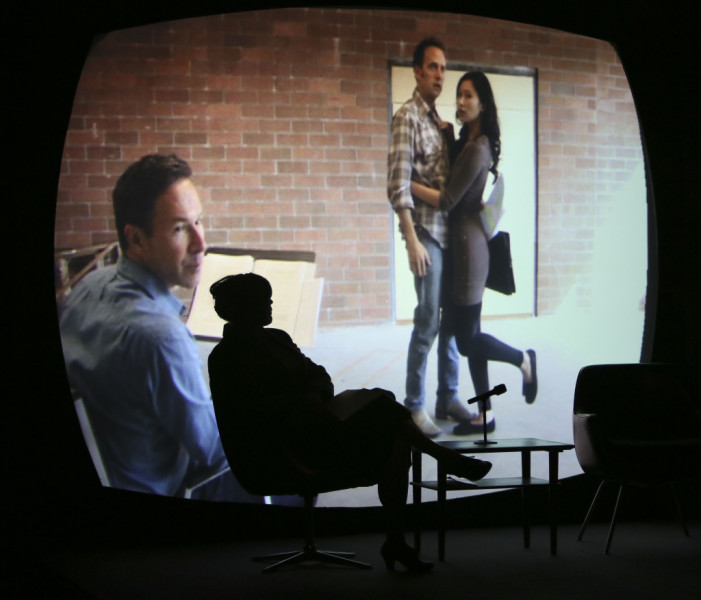 The acting is solid across the board. Robert Moloney’s performances are crisp, and his hangdog DJ, Tommy Bane, especially draws you in. Josette Jorge gets to play the widest range of characters, and she does so beautifully, from a buttoned-up psychologist who talks frankly about human sacrifice, to a blogger who isn’t afraid to use what God gave her to get the story, to a wide-eyed, naive actor who just believes so hard in what she’s doing. I loved Sean Devine the most as the cut-throat cabinet minister Anders Grey, but thought he went over the top at times playing “himself.” But Lucia Frangione steals the show. As usual. I can’t say more than that without giving away too much information. 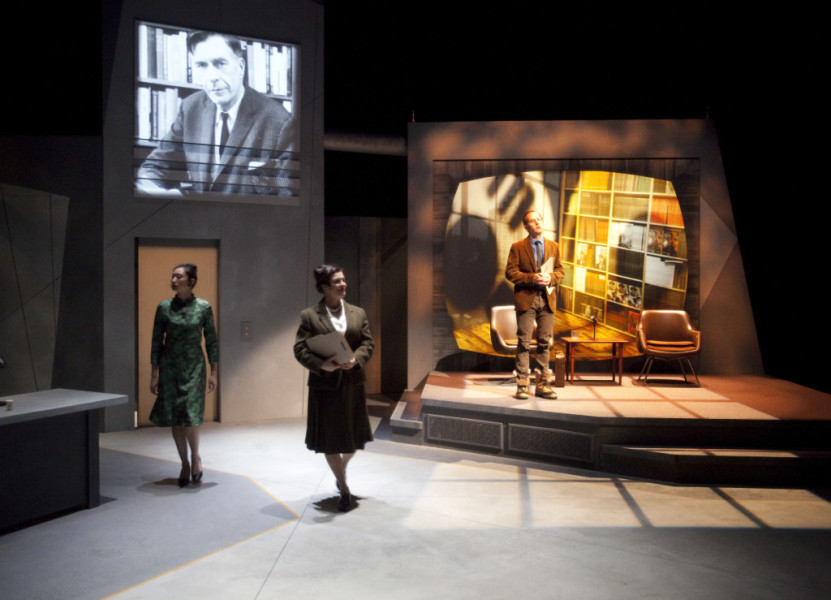 Ultimately, what’s it about? I spent the entire show scribbling notes about how important art is in our society, about war, about peace. But it’s not really about any of those things. Rather, this is a play that doesn’t take itself too seriously, and so you probably shouldn’t, either. It takes you on a ride, and you think it’s going to go somewhere, but, ultimately, I was a bit disappointed by the payoff. Having said all of that, it’s a fun night at the theatre. Take the ride.

Except in the Unlikely Event of War