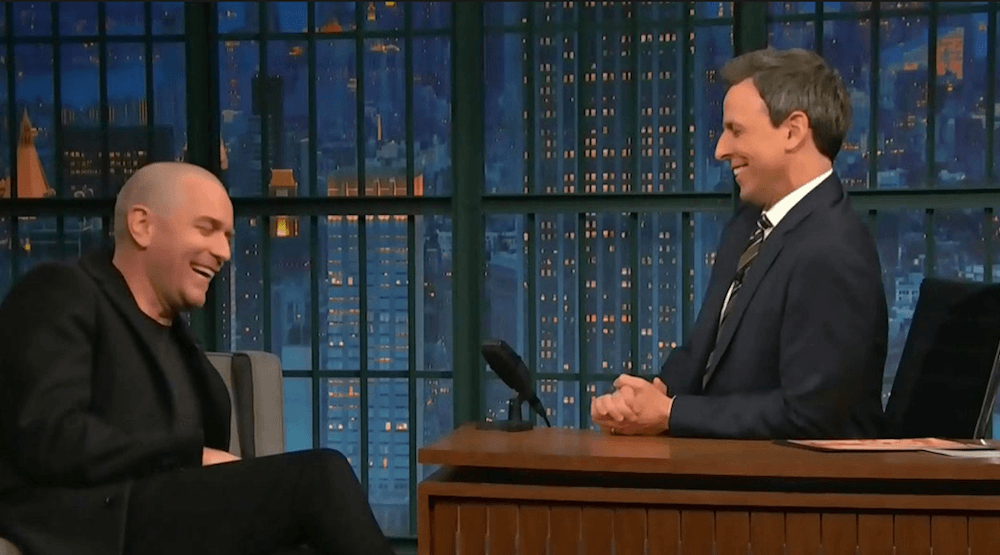 Meyers commented that he was happy McGregor made it to the set because a lot of the audience wasn’t able to make it in due to the snow storm that hit the U.S. East Coast that day.

“It’s more of a sort of rainy day in Glasgow, isn’t it really,” McGregor replied.

Meyers laughed it off saying it’s not like that at all but then conceded and said “It’s safe to say we overreacted.”.

That’s when the Late Night host transitioned into talking about McGregors work in Calgary, and his experience filming FX TV series Fargo.

“This is a walk in the park compared to what it’s like in Calgary every day,” McGregor said. “I mean I guess people are used to it there and they’ve got winter tires on their car and whatever, but yes…”

Well at least he didn’t think it was due to global warming, like another A-list celebrity. (Insert eye roll here),