Written for Vancity Buzz by Rod Charles, writer for Vacay.ca

Long before his name became known over the blood-soaked battlefields of Europe during The Great War (WW1), a young William Avery “Billy” Bishop was making another less publicized flight over the tranquil town of Owen Sound. Well, over his backyard, actually.

As a kid, Bishop crafted a flying contraption from an orange crate and bed sheets and tried to fly off the roof of his house, with his very short “flight” ending with an unceremonious thud in the rose garden in the backyard.

I imagine his bemused mother admonished him for his recklessness but in my mind’s eye I can also see her doing her best not to laugh at her son’s ridiculous stunt.

There was no way she could she have realized this would be the first of many daring flights Billy would make, that her son would grow to become one of Canada’s most recognized war heroes or that her home would become a provincial landmark and solemn place to reflect on Canadian courage. 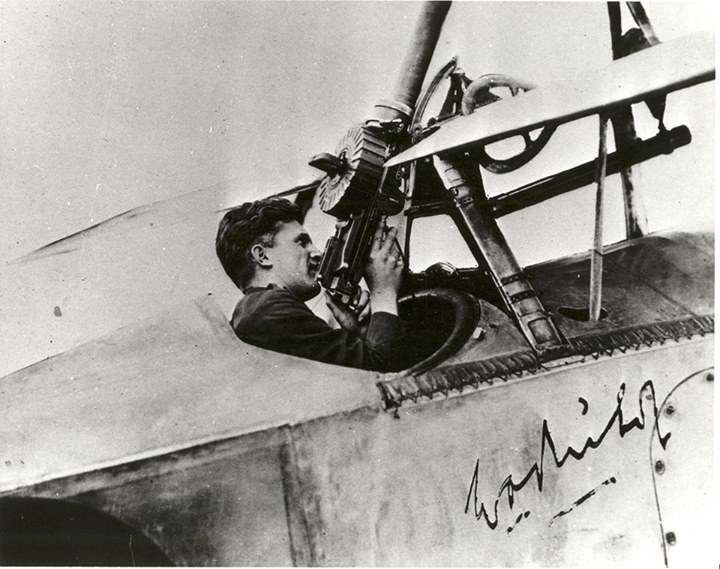 As we remember the sacrifices of Canadians who went off to war to fight overseas, it’s difficult not to reflect on the life of William Avery (Billy) Bishop (1884-1956), Canada’s highest-scoring fighter pilot of World War One, who was awarded the Victoria Cross for his heroics and exceptional bravery in the presence of the enemy.

Born in Owen Sound in 1894, Bishop grew up at 948 3rd Ave W at a location that is known today as Bishop Home: Museum, Archives and National Historic Site, which is dedicated to Bishop and aviation history from World War One to the Avro Arrow.

Not only was Bishop an outstanding asset for the Canadian Armed Forces in battle, but he was also an inspiration and morale boost for anxious citizens who were following the war at home.

“Visitors from all over the world can see a selection of the Bishop family original furniture, get a taste of Victorian times, as well as be able to learn about one of the greatest allied aces of the First World War. They can also view exhibits on topics such as Growing Up Victorian, the Royal Canadian Navy, and honour Veterans every day by reading some of their stories.”

Like many Canadians, Bishop answered the call when war began. Though he began the war with both feet firmly on the ground, in July 1915 Bishop saw an airplane land in a nearby field and then take off again, and immediately knew recognized his calling.

Bishop, who flew the Nieuport 17 and S.E.5a, was referred to as “the Lone Hawk” for his preference for solo missions. There are too many stories to tell in this post about Billy Bishop in combat, but the battle that earned him the Victoria Cross is one of the most famous. From BillyBishop.Org:

Billy Bishop took off before 4:00 am on 2 June 1917, a morning of cloud and rain, and headed toward Cambrai to a German aerodrome. He dived on the field in the first light of dawn and fired toward the tent hangars. Four Albatross pilots tried to take off to get at him. Bishop shot one of them up as it’s wheels left the ground. He turned back over the field and fired at a second one. He missed, but the pilot crashed anyway. The other two Albatross took off in opposite directions, one of them flying away, one of them scraping with Bishop before being shot down over a near field. Billy Bishop was awarded the Victoria Cross for his “Dawn Attack”. The Victoria Cross is in recognition of most exceptional bravery displayed in the presence of the enemy.

Hanging out with Billy in the backyard 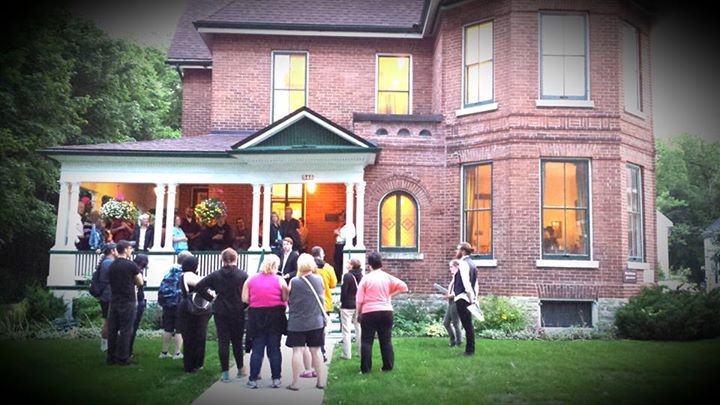 The museum lives on a quiet, nondescript street and except for the sign and the Tree of Remembrance in front of the house, it’s easy to drive by without recognizing the significance. Believe me, I know – I grew up in Grey County and drove by this house at least five times a year throughout my childhood without knowing it was special.

Bishop Home: Museum, Archives and National Historic Site is filled with artefacts from Bishop himself, including uniforms, antique furniture, model airplanes and pictures. There is information all over the walls about the Billy Bishop, the war and Canada’s role in it – a Remembrance Day must for anyone visiting the city in November. The front parlour and dining room has furniture Bishop grew up with and used.

Of course, I have to see the backyard where Bishop as a kid made his first flight. Those bushes are long gone, of course, but it’s not lost on me that it’s a significant drop from the roof to the ground.

Another hidden gem that you’ll love about are Bishop’s initials, which are carved into the walls in two places on the outside of the building and protected with a transparent covering. It seems even as a young lad, Billy was anxious to leave his mark on the world.

Bishop Home: Museum, Archives and National Historic Site is open almost every day of the year, and that’s the way it should be. Thanks to the heroism of Billy Bishop, every day is Remembrance Day in Owen Sound.