If there’s one thing Vancouverites love – or hate, depending on the standings – it’s the Vancouver Canucks. And there’s nothing about the Canucks that toes the line between love and hate more than their jersey designs.

Well, Reddit user CKNW98 has decided to end the debate by combining every jersey in Canucks history into a beautiful monstrosity of a sweater.

Not only does every logo make an appearance, but so do the numerous patches that graced the jerseys throughout the years, including that of the Heritage Classic which will forever be remembered as the catalyst to sending Roberto Luongo back to Florida.

Since we can’t see the back of the jersey, one can only assume that the name Messier makes an appearance to properly complete the Frankenstein jersey. 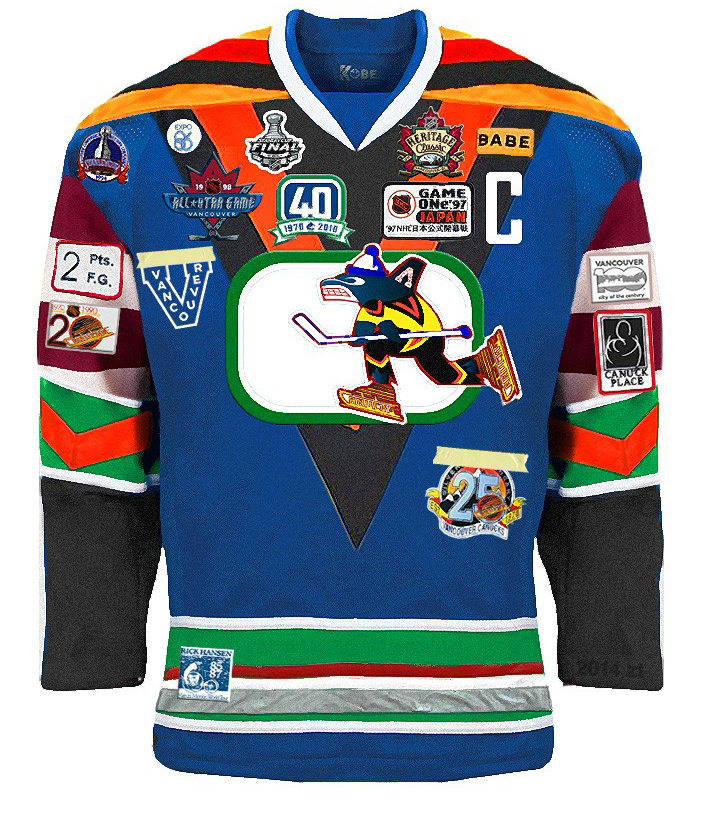