The first piece weighs 130 tonnes and was shipped by rail and truck from Caterpillar’s factories in Ontario. It is a critical part of the machine as it is the cutter head – the specially-designed drill that will carve through the route’s soil and rock conditions.

Assembly of the machine will take three months to complete and is to begin once all the components have arrived. The machine will be launched in February 2014 and will dig and complete 8-metres of tunnel every single day through 24/7 operations.

Unlike the Canada Line’s bored tunnel under False Creek and downtown Vancouver, there will only be a single bored tunnel with a concrete wall between the tracks to separate trains travelling in opposite directions.

Apart from the start and finish areas, there will be no disruption to the surface as the tunnel construction is completely underground with its deepest point set at a depth of 60-metres.

The Evergreen Line is scheduled for completion and opening in July 2016.

Click here to read more on the Evergreen Line’s tunnel boring machine and the region’s history with tunnel construction. 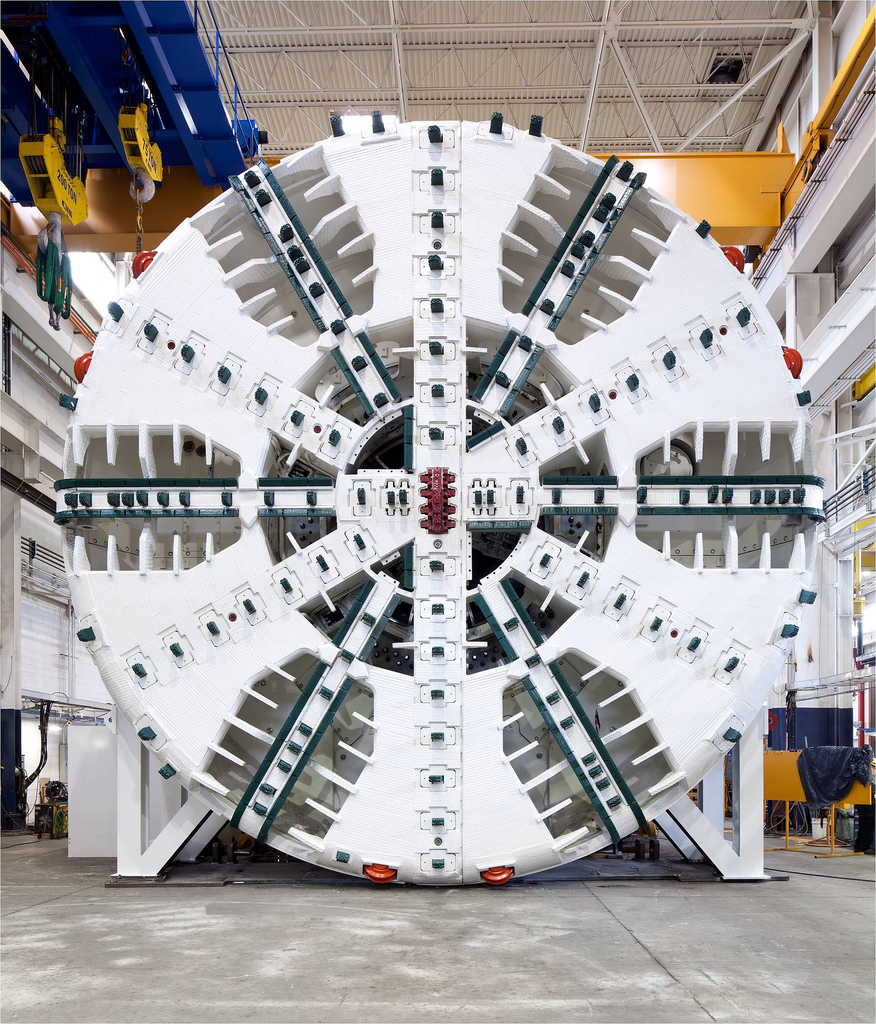