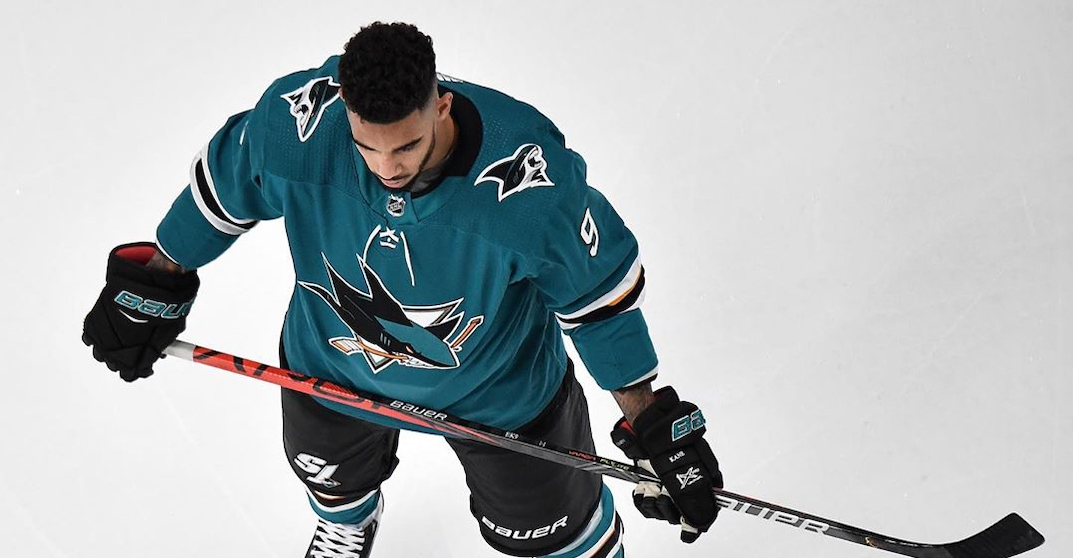 Evander Kane is speaking out against the National Hockey League in the aftermath of the Jacob Blake shooting.

The NHL proceeded with the playoff schedule on Wednesday night despite the boycotting of games in the NBA, MLB, WNBA, and MLS.

In the wake of the Blake shooting by Wisconsin police, the NBA’s Milwaukee Bucks refused to play Tuesday’s playoff game against the Orlando Magic and walked off the court, just before game time.

Several other teams in leagues around the sports world followed suit, and Kane criticized the NHL for its “lack of action.”

Kane has been disapproving of the NHL’s response to the Black Lives Matter movement over the past few months, and he was proactive in creating the Hockey Diversity Alliance in June, in order to eliminate systematic racism and intolerance in hockey.

Kane said it’s “incredibly insulting” to be a Black man in a league who lacks acknowledgment when it comes to powerful movements.

Actually it’s incredibly insulting as a black man in hockey the lack of action and acknowledgement from the @nhl, just straight up insulting. https://t.co/1KrpUvFhaQ

The NBA ended up postponing all three playoff games on Wednesday night after the Bucks’ protest. In Major League Baseball, the game between the Cincinnati Red and Milwaukee Brewers was postponed; likewise were games between the Seattle Mariners visiting the San Diego Padres and the Los Angeles Dodgers in San Francisco.

Three WNBA games were postponed inside the league’s bubble in Florida, and five Major League Soccer matches were called off as players made a unified statement against racial injustice.

The NHL has two games scheduled for 7 pm ET and 9:45 pm ET on Thursday.