Our Vancouver Artists series celebrates the talented individuals that add to the vibrancy of the city’s arts scene. Today we feature fashion designer Evan Clayton.

Clayton is a graduate of Blanche MacDonald’s fashion design program, making bold statements with his eye for intricate tailoring and a fresh take on women’s clothing. 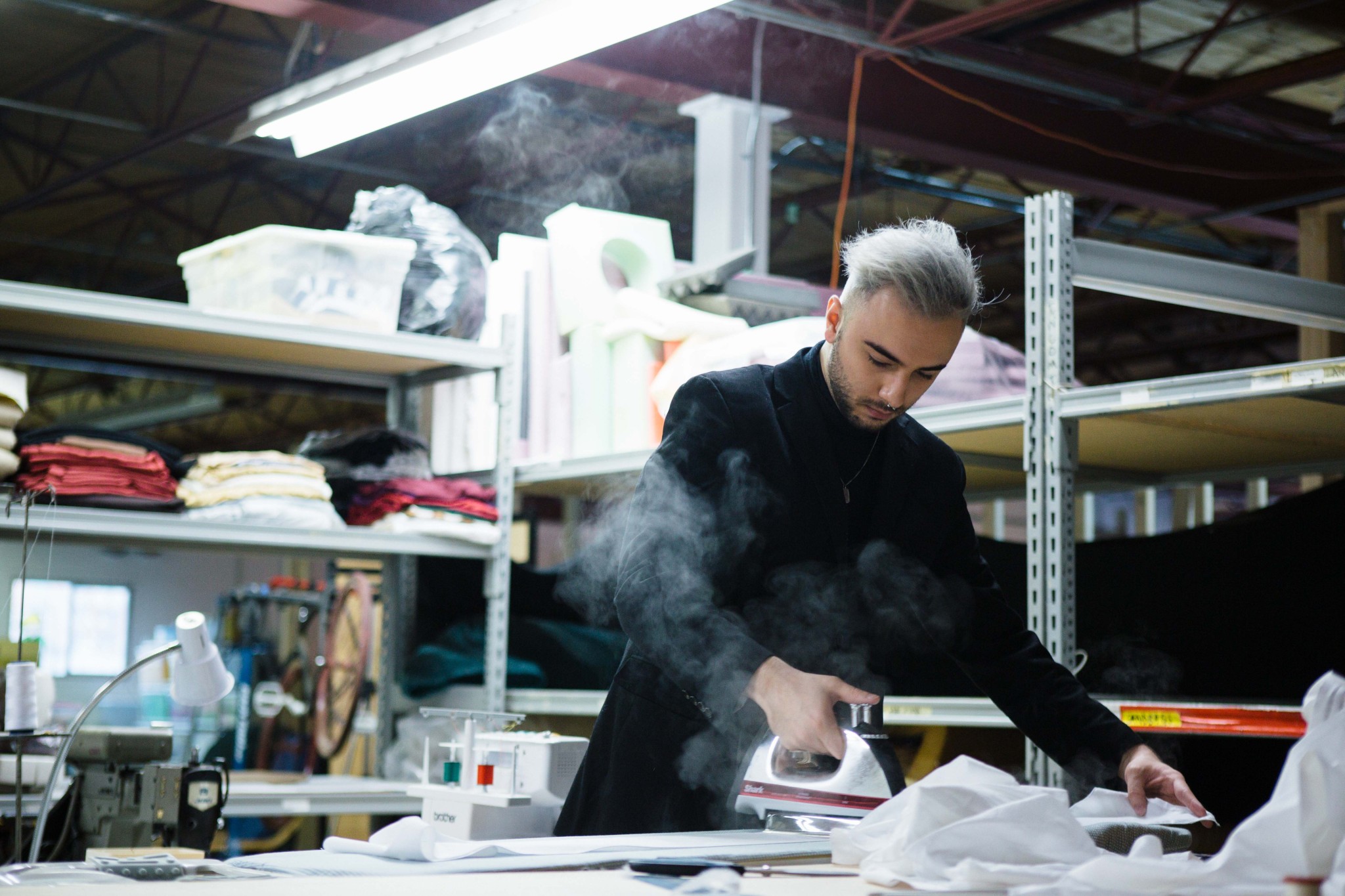 Where are you from?

I’ve grown up all over the west coast of Canada, but I moved to Vancouver from Trail, B.C., in 2010.

When did you start designing and why?

I’ve always had an intense love for fashion, but I never seriously considered design as a career until my late teens. I launched my eponymous label in 2013 and haven’t looked back since.

I’ve always been attracted to powerful women and I always wanted Poison Ivy to win over Batman. For me, design is a way for me to explore the powerful women in my head, not just on a fashion level, but also on a psychological level.

What are your primary materials and colours? 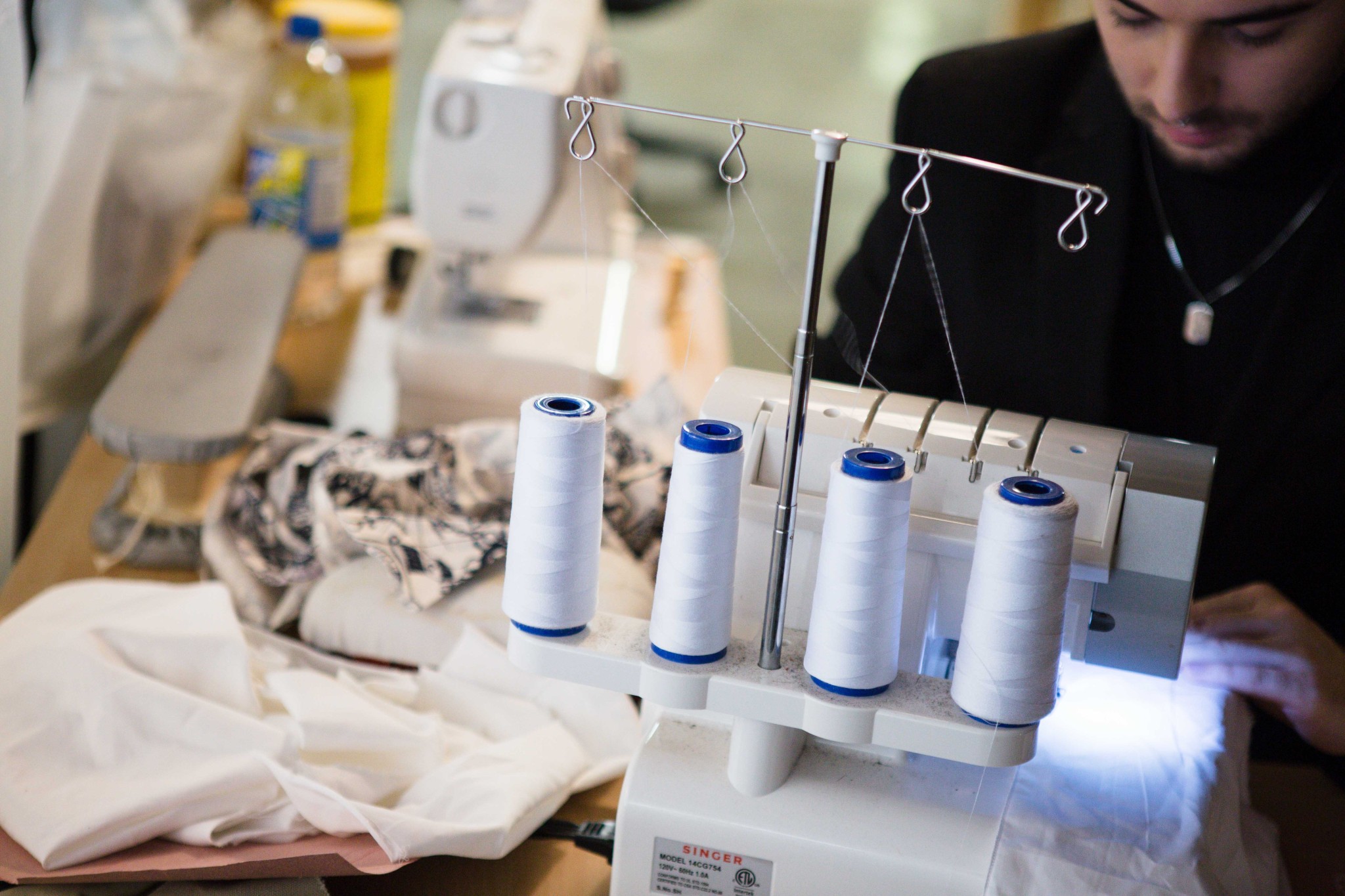 I really enjoy working with natural materials, wools, silks, cottons. Leather is almost always a core material in my collections. Black is a shade that I have a tendency to turn towards, however, lately I’ve been exploring the joys of the rest of the colour wheel.

Who are your three favourite designers? Why?

Alexander McQueen was my first love. His ability to integrate his personality into his collections really tugs at my heart. He was a masterful tailor, a wondrous innovator, and a magician of fantasy.

Second up is Nicolas Ghesquiere. Not since McQueen have I felt such a personal attraction to a designer’s work. While I enjoyed his work at Balenciaga, I think he’s really found his stride at Louis Vuitton. Everything is fresh, sleek, and exciting. From a branding perspective, his non-traditional casting, specifically, collaborating with Tetsuya Nomura in dressing Lightning from Final Fantasy 13 for his campaigns, is brilliant and so unexpected for LV.

Last but not least, Tom Ford, as a champion of glamour and luxury RTW. I’ve really been enjoying the risks he’s been taking with his brand, forsaking traditional showcases for fashion films, unconventional locations, and showing work within the season it’s being sold in. His explorations outside of fashion have been exciting as well, A Single Man remains one of my favorite films.

You’re going to be a part of VFW in March, any hints on your new collection?

Without revealing too much, I can say to expect what I always try to deliver: theater.

What’s the biggest challenge of VFW?

The biggest challenge is topping myself. For me, growth is the most important part of doing shows.

What inspires you to create collections? 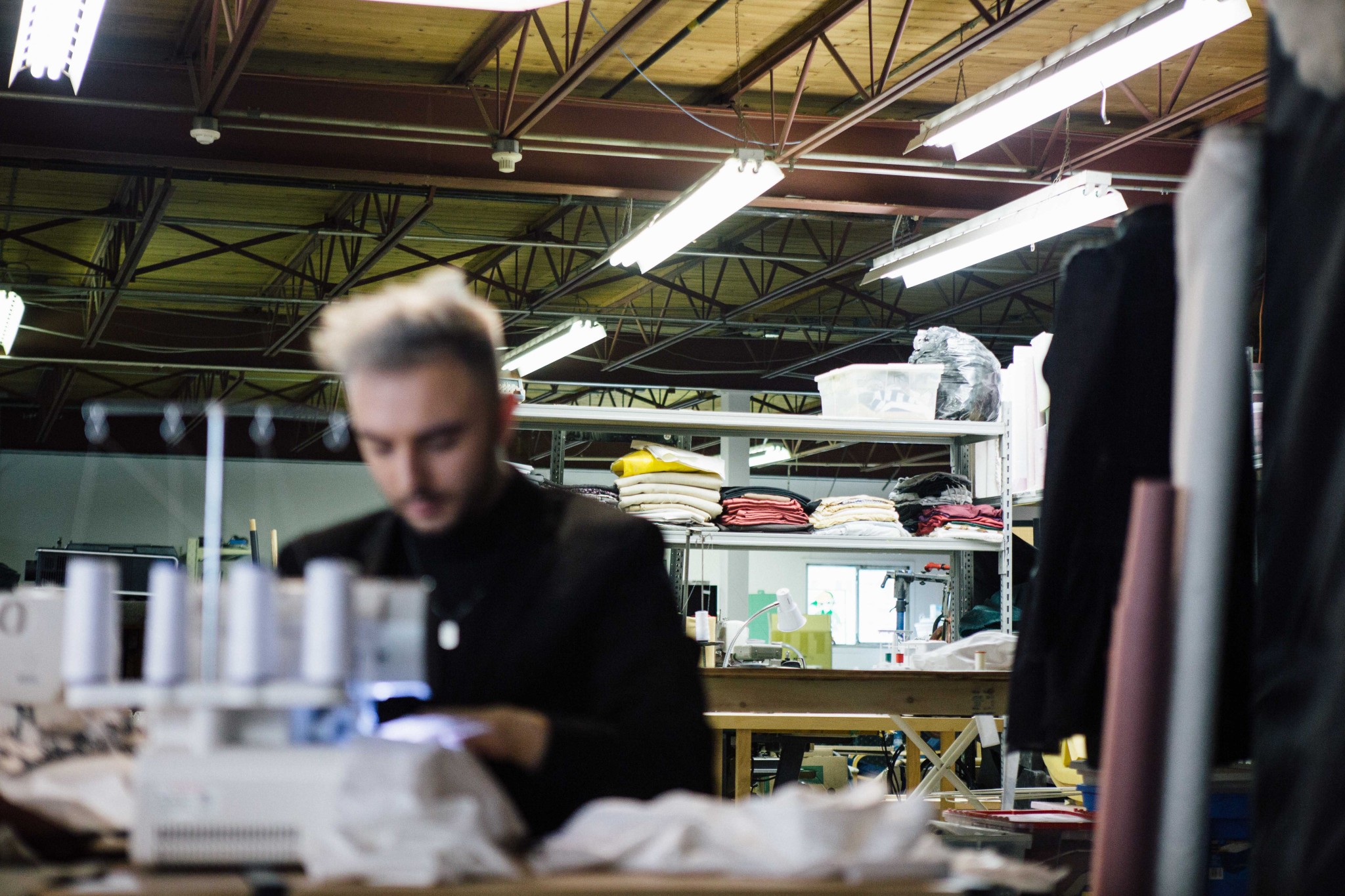 I find it very easy to get inspired. The difficulty I have in creating the collections is filtering that inspiration to keep the most sincere message of the collection clear. When you’re painting, too many colors can muddy the canvas, and I apply the same principle to my collections.

How far are your plans going? 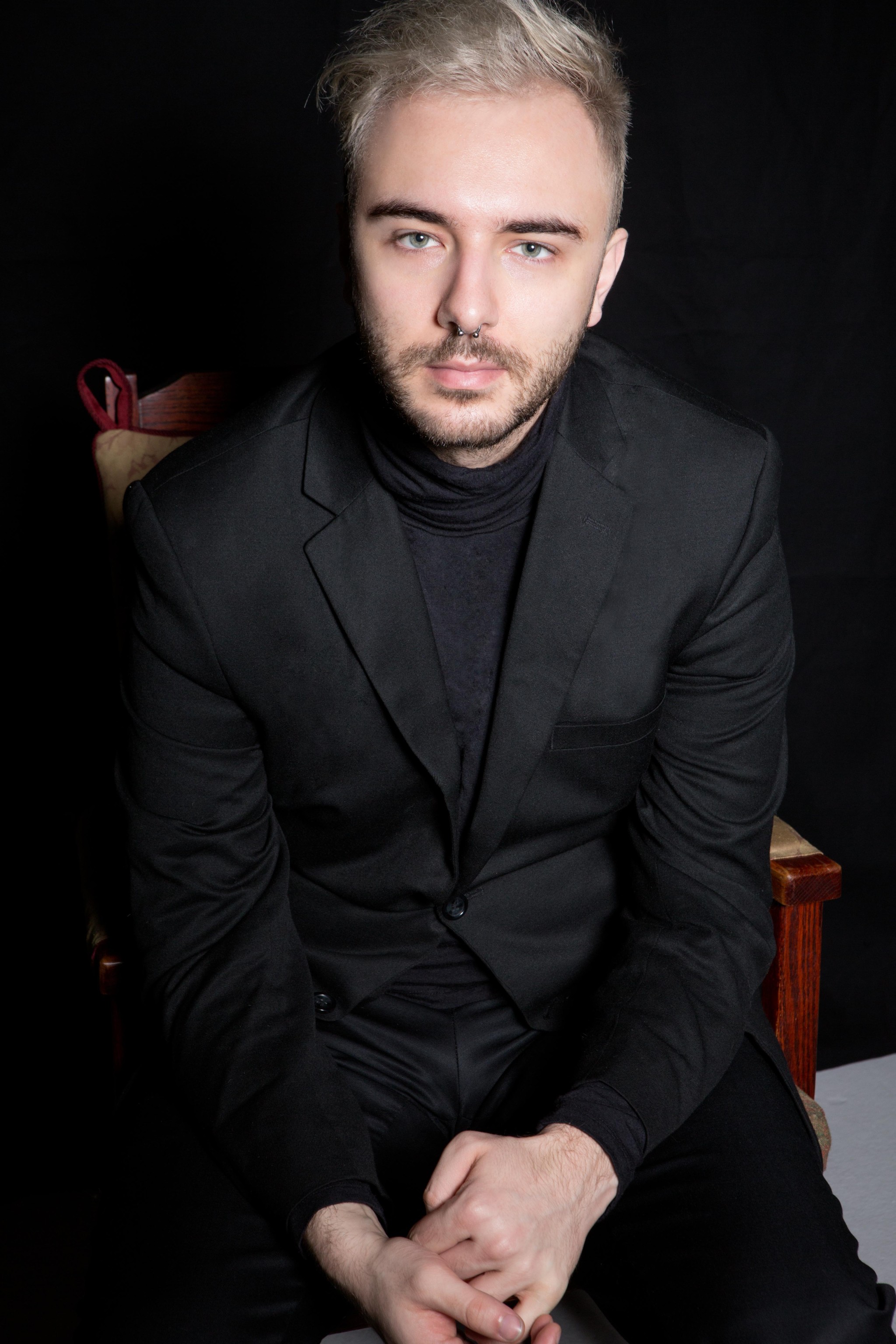 I like to think of myself as a legacy person. When I’m working on something I think “How will this translate in 20+ years?” I ask myself, “when I look back on this, will I be ashamed of it, or will I appreciate it for the time it was made in?” It may seem intense to be thinking of career longevity this early, but it helps me challenge myself and live up to the expectations I’ll have for myself 20 years down the road.

What is the most important for you in your industry?

Anything you want to say to the audience? 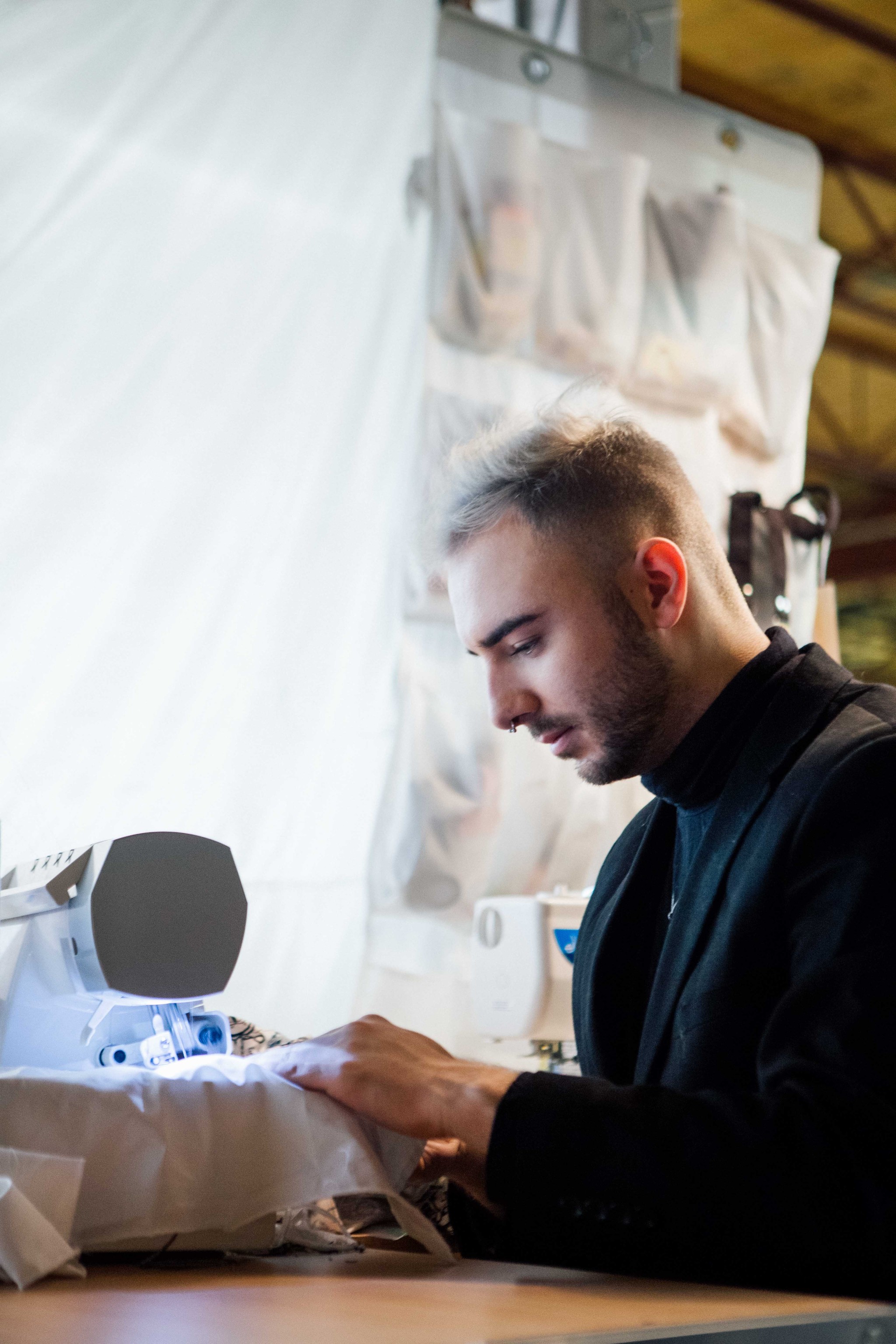