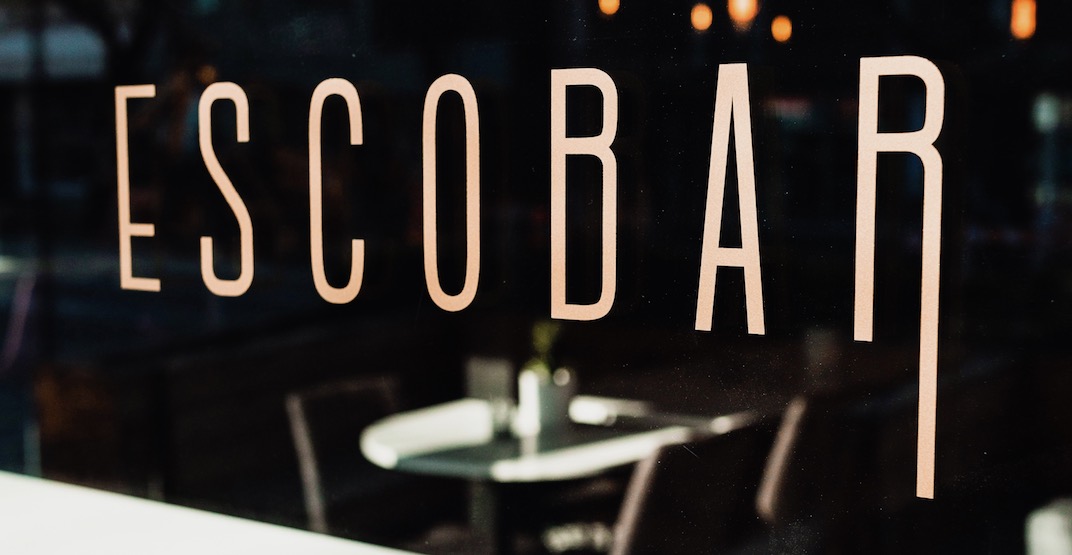 After hearing from an angry public and a disapproving Colombian Consulate, Escobar owners Ari Demosten and Alex Kyriazis have responded to the controversy regarding the name of their new Vancouver restaurant.

The soon-to-be-open eatery came under fire from the Colombian Consulate for naming the new spot after the notorious drug lord Pablo Escobar, a name synonymous with one of the darkest episodes of the Colombian history.

We chose the name Escobar because of the play on words “EscoBAR.” The emphasis is on ‘Bar because we offer a complete Bar program as well as a dining experience: therefore, Restaurant and Bar. We chose a name that can be found throughout Latin America and even Europe, a name that was familiar and controversial.

We do apologize to the community that has taken offence to this name, as it has never been our intention to offend anyone. As we are not celebrating in any way the negative connotations of the name. We are celebrating a unique bar atmosphere.

We do understand the name is controversial and all this attention has really taken us by surprise. As the name has been used in the past throughout the hospitality and entertainment industry with no backlash. We believe most people realize the name Escobar is a play on words underscoring a Latin dining experience with the emphasis on BAR and we invite every member of the community to enjoy the hospitality they will receive here.