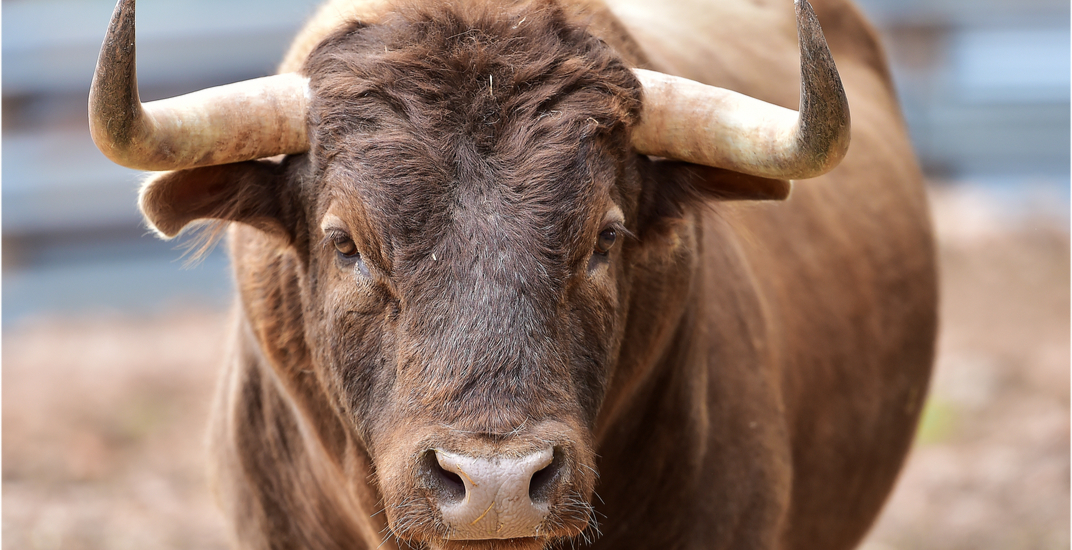 There’s no bull here. And that’s a problem.

After a 1,400 lb bull decided to grab life by the horns and make his bold escape from a livestock yard near Kamloops last week, RCMP in that city – along with the BC Livestock Yard –are asking for the public’s help in reining him in.

“The bull is tan in colour with large horns,” Kamloops RCMP spokesperson Cpl. Jodi Shelkie said. “He does not have any markings or brands.”

There were reported sightings of the bull near Kamloops on on the weekend, but “since then, he could have travelled a good distance in any direction,” said Shelkie.

The animal as described as “very unpredictable” and possibly dangerous.

Shelkie warned people not to approach the bull if they see him.

Should you see this animal,  you are asked to call Kamloops RCMP or the BC Livestock Yard immediately.

There’s no word yet on whether the livestock yard where the bull escaped from had beefed up its security as a result of the break-out.