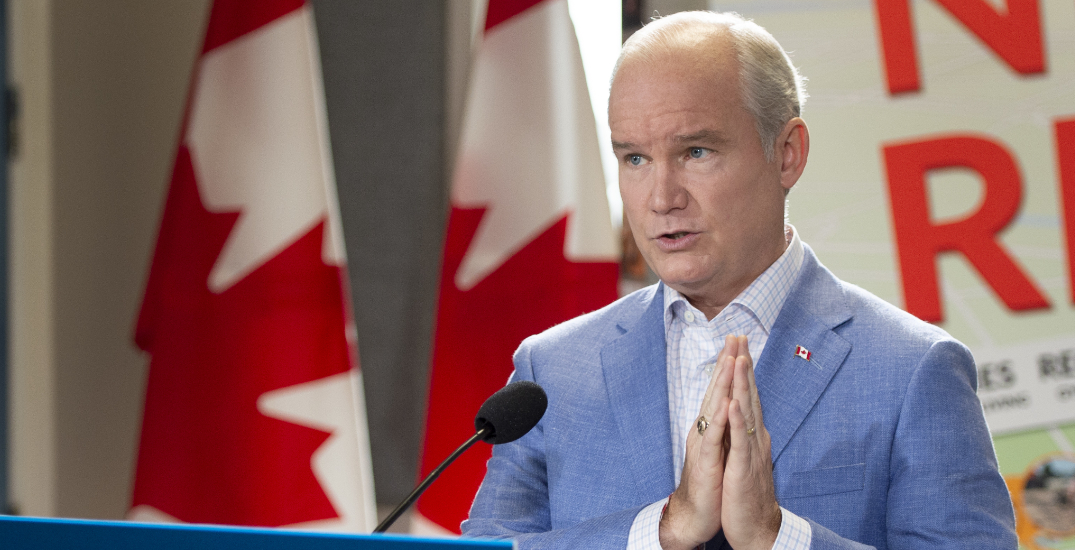 A Conservative government would continue to allow supervised consumption sites even as it would shift away from harm reduction and toward recovery, federal party leader Erin O’Toole said on Sunday.

The more progressive approach marks a change from the last Tory government’s moves to block the sites, but appears to draw the line at decriminalization. O’Toole stopped short of a pledge to exempt possession of small amounts of illicit drugs from Criminal Code provisions, a request made to Health Canada by both the city of Vancouver and the province of British Columbia.

“We want recovery and treatment to be at the core of a national program that recognizes harm reduction,” O’Toole said Sunday at a campaign stop in a Vancouver suburb.

Asked whether that view should be etched into federal policy by decriminalizing simple possession, O’Toole stressed “judicial discretion” grounded in compassion and treatment programs.

“I don’t think someone with an addiction should be punished. I think they should be helped,” he said.

The fresh Conservative stance emerged at an addiction recovery centre in New Westminster, BC, where O’Toole said he will approach Canada’s opioid epidemic as an “urgent health crisis” rather than a criminal scourge.

The Tory campaign platform, unveiled Monday more than a month ahead of the September 20 election, would invest $325 million over the next three years to create 1,000 residential drug treatment beds and build 50 recovery centres across the country.

O’Toole has also pledged to enhance treatment and prevention services in First Nations communities and partner with the provinces to provide free Naloxone kits, which reverse overdoses.

Health Canada is currently working with Vancouver on the city’s request for exemption from criminal provisions on simple possession of small quantities of drugs.

Vancouver has been the epicentre of an opioid crisis that saw BC record 1,176 illicit drug overdose deaths in 2020—the highest ever in a single year—and more than 7,000 deaths since a public health emergency was declared in April 2016.

Peter Julian, the NDP candidate for New Westminster-Burnaby, said the NDP has been “crystal clear” on its support for decriminalization of simple possession.

“He doesn’t seem to be very clear on that,” Julian said of O’Toole, minutes after crossing paths with him outside the Last Door recovery centre and encouraging him to keep up his “energy.”

In the short term, the federal government should declare the opioid crisis a public health emergency and address safe supply, Julian said.

In the medium term, Ottawa needs to “take on Big Pharma” by launching an investigation into the opioid epidemic and seeking compensation for its victims.

“Seventeen Canadians die every day as a result of this crisis,” he said. “Without those two measures, it’s window dressing.”

“That’s the problem with just decriminalization is you keep people just stuck where they are,” he said. “You can’t just have decrim, you have to have a full model done: treatment, recovery, consumption sites, harm reduction.”

Garth Mullins, a representative of the Vancouver Area Network of Drug Users (VANDU), says the Tory approach marks an improvement from former Conservative prime minister Stephen Harper’s tough-on-crime stance, but believes a focus on recovery and abstinence is “misplaced” as it misidentifies the crux of the crisis.