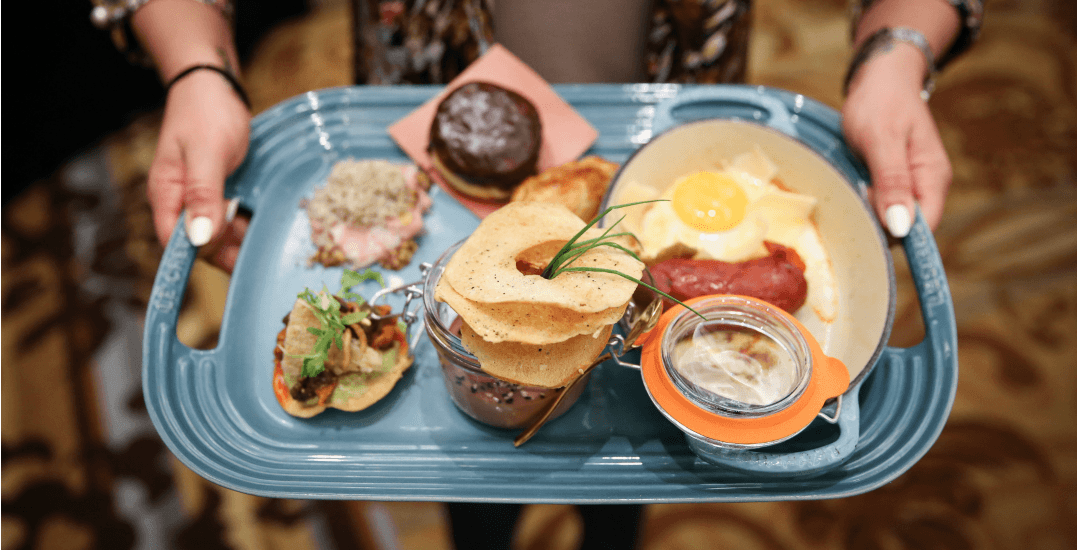 There couldn’t be a better locale for a culinary getaway than Banff and Lake Louise.

Nestled in the middle of the picturesque Canadian Rockies, these mountain destinations provide the perfect backdrop for all your wine-sipping and fine dining needs. There’s an epic experience for every set of taste buds, whether you prefer cozy backcountry bistros or elegant upscale dining rooms.

But it’s the culinary events in Banff and Lake Louise that are making people take notice — and the legendary Cochon555 Culinary Weekend is the best of the bunch. From long-table collaborative dinners with international guest chefs to breathtaking brunches and outstanding local wines and spirits, prepare yourself for the ultimate culinary weekend.

Happening from April 5­ to 7, 2019, this aptly named event (cochon is French for “pig”) isn’t just a foodie experience; it’s a celebration of the whole culinary community, from the farmers and chefs to the diners themselves. Cochon555 was created back in 2008 in response to a lack of education around traditional heritage-breed pigs. This nose-to-tail event recognizes the agricultural importance of the breed, which is celebrated for its superior flavour and nutritious qualities. 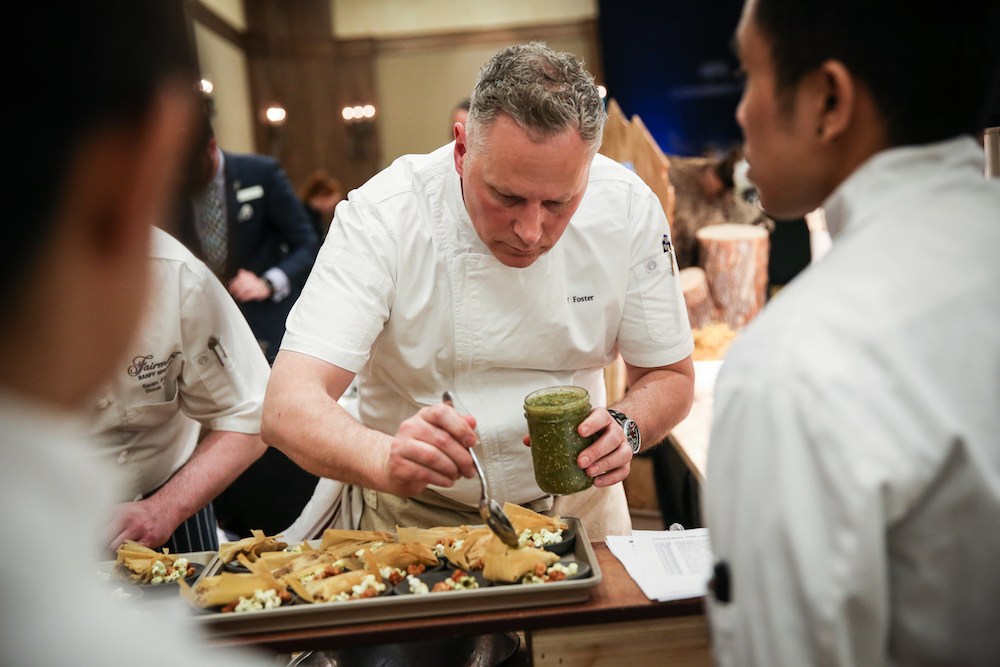 New to this year’s event is the chef dinner series night, which kicks off the weekend on Friday, April 5. The evening will see some of Banff and Lake Louise’s top chefs collaborate with notable chefs from major U.S. and Canadian cities to showcase their multi-course menus at premier local restaurants. New York-based Michelin star chef Anita Lo (Top Chef Masters, Chopped: All-Stars, and Iron Chef) and Calgary’s own Darren MacLean (The Final Table) are just two of the celebrated recruits you can spot cooking alongside the locals.

The weekend’s flagship event, Cochon555, gives the chefs their own 200-pound heritage-breed pig to turn into mouth-watering culinary creations. Hosted at the iconic Fairmont Banff Springs Hotel, this 40-course, stand up meal is a competition that sends its winner to compete in the Grand Cochon finale in Chicago in September. 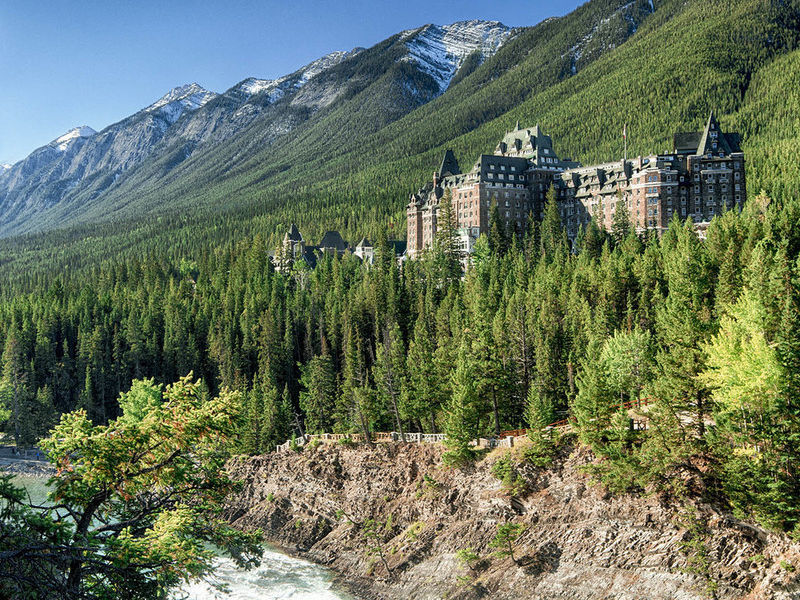 There are two ways to experience this much-lauded event: the general admission route ($135 per ticket) or the VIP route ($195 per ticket). Both tickets give you premiere access to one of North America’s most talked about dining experiences and include unlimited locally-crafted spirits, wine, and beer, along with an artisan cheese bar, tartare bar, and gourmet dessert bar. Keep your eyes peeled for the five winemaker’s table and the Alberta spirits cart for some truly unique bevvies.

For a more intimate experience, the VIP ticket grants you the opportunity to get up close and personal with the chefs, winemakers, and farmers who make it all happen. You’ll be welcomed into the event an hour early and be privy to even more premium food stations as well as specialty cocktails and reserve wines. VIPs can also look forward to the Sommelier Smackdown, in which five competing sommeliers present their wines to be sampled and voted on. 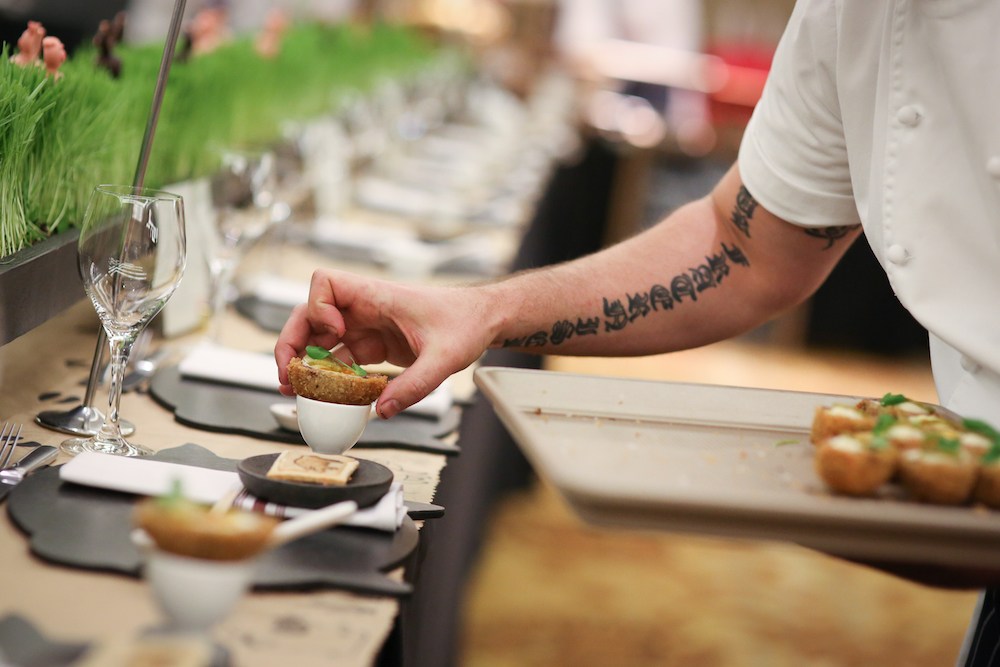 The first of many courses to come/Cochon555

If Cochon555 leaves you hungry for even more culinary adventure, there’s plenty more to devour in Banff and Lake Louise. A variety of restaurants will also be offering a delicious brunch on the morning of Sunday, April 7, serving as the cherry on top of this incredible culinary weekend. Some other must-do foodie activities include a guided two-hour culinary food tour called Eat the Castle at the Fairmont Banff Springs Hotel; a mile-high lunch at the historic 1950s-era Cliffhouse Bistro; and a tour of Banff National Park’s natural wonders topped off with chocolate fondue.