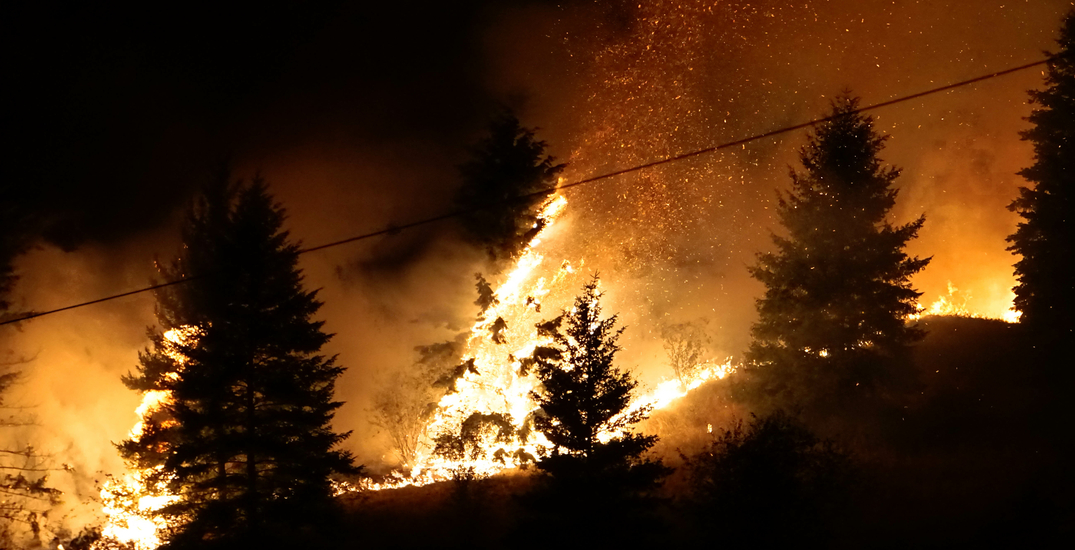 The farmer lives in a part of Saskatchewan that received enough rain to yield an average crop, which is the best he could hope for on a day in late July. This summer was marked by some of the worst drought seen in decades, which came after a winter where not much snow fell, leaving fields with little soil moisture.

“It’s not even hot and windy, it’s just hot,” said Lewis, sitting on the deck of his house about a half-hour drive south of Regina, where he is the fourth generation of his family to farm that land, growing canola, durum, and canary seed.

Like most everyone in farming, the president of the Agricultural Producers of Saskatchewan is used to changing skies and tough seasons.

And experts warn climate change means extreme weather events are set to become more common in the years to come.

For environmental leaders, this summer’s deadly heat wave and wildfires in British Columbia, combined with drought across the Prairies, could shape how voters think about the issue in the September 20 federal election.

“Climate change has been completely broken out of its environmental pigeonhole,” said Rick Smith, president of the Canadian Institute for Climate Choices.

“For many more Canadians than before, climate change is about the health and well-being of their families right now, as opposed to some distant concern at some point in the future.”

He believes how people even think about the issue has evolved over the past few years and is far less divisive.

The Liberals’ carbon price was front and centre during the 2019 federal election with the Conservatives promising to axe the policy if they were elected, which didn’t happen.

Since then, the Tories have come out with their own carbon price on fuel, with leader Erin O’Toole acknowledging the party needed a better climate plan if it hoped to win.

The Liberal government also raised Canada’s 2030 targets for reducing greenhouse gas pollution and put into law a goal to hit net-zero emissions by 2050 and only sell less polluting vehicles like electric cars by 2035.

Smith says not long ago, most of the people worried about climate change were experts in the environment and bureaucrats.

“And all of a sudden capital markets are fully engaged with net-zero ministries of finance. Every big company in the country is trying to figure out how to incorporate net-zero into their operation.”

The Climate Action Network reported around 63% of voters cast a ballot for federal parties with “strong climate platforms” in the last election.

Executive director Catherine Abreu expects that to be even higher this time around and believes how people think about climate change has matured with more people asking: “OK, what’s the plan?”

“What does net-zero mean? And how are we going to be doing some real strategizing to identify those sectors that we are going to be investing in so that they provide the future of prosperity and jobs in Canada?”

“And I think that’s really where the conversation is headed right now.”

Abreu believes that’s why the Liberal government finally launched consultations about how to transition workers to a low-carbon economy, which was first promised several years earlier.

Both the federal NDP and Green Party of Canada say the Liberals aren’t ambitious enough with their climate agenda, and believe the country needs to answer how it will wean itself off its reliance on fossil fuels it if hopes to cut emissions fast enough to stop the worst of climate change.

O’Toole’s Conservatives voted against the Liberals’ net-zero plan, stating the members of an advisory body assembled to guide the government’s decision-making were “climate activists,” and it didn’t include representation from the oil and gas industry.

Back on Lewis’s farm, he says he has observed longer stretches of both wet and dry and questions what a changing climate means for agriculture.

He says ensuring crops have proper irrigation access is important to combat dry conditions. He adds that paying a carbon price on fuel used to dry grain, particularly after an unusually wet harvest like in 2019, doesn’t help things.

“It’s a complicated issue, this climate change, and what’s going to happen,” he said.

“I think we’ve been pretty nimble on being able to make adjustments, and I think we’ll see that more and more.”