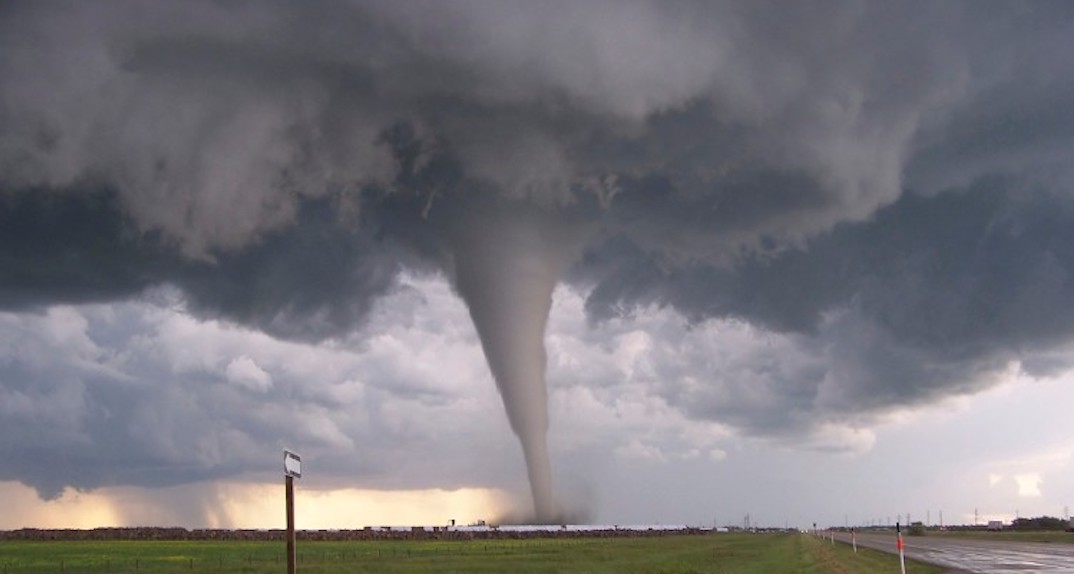 Although the COVID-19 pandemic has been a threat to Canadians’ safety throughout 2020, the impacts of a changing climate have likewise been a risk.

“It is playing out in our backyards, in our communities, and in our country.”

Environment Canada says the country is warming at nearly twice the global rate, with parts of western and northern Canada warming three or four times the global average.

While Canada continues to be the snowiest country, less snow is falling across the south. White Christmases’ are less frequent, and frost-free days more so.

The length and severity of the wildfire season has grown, and when it rains it does so for longer, Environment Canada said.

Beyond the devastation of COVID-19, 2020 brought a year of destructive weather.

Based on preliminary estimates by Catastrophe Indices and Quantification Inc., there were nine major catastrophic weather events in Canada this year.

Estimates of the combined insured loss of these events near $2.5 billion.

The weather authority has compiled its annual list of Canada’s top 10 weather stories for the year. Rankings are based on several factors, including the impact each weather event had on Canada, the extent of the affected area it affected, its economic impacts, and its longevity as a top news story. 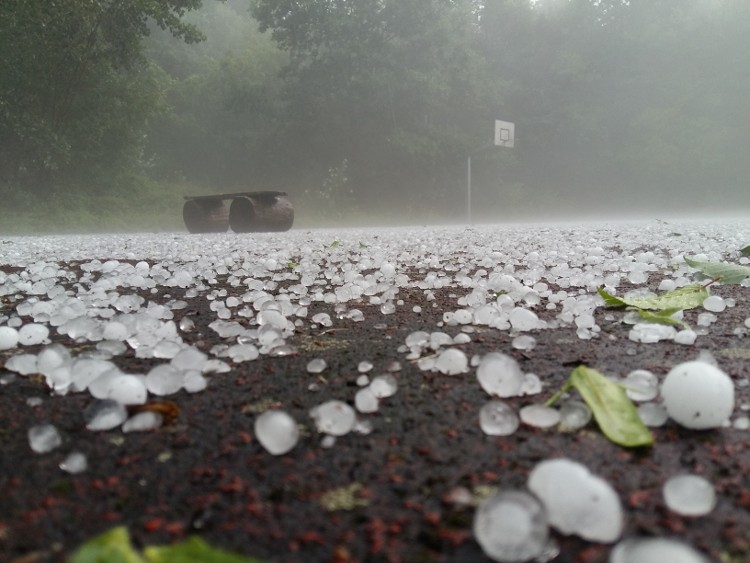 The June 13 hailstorm that came down on Calgary, Alberta, was the costliest ever seen in Canada and the fourth most expensive insured natural disaster in history.

When the summer storm hit around 7:00 pm MDT, the temperature fell five degrees in less than six minutes as hail the size of tennis balls and golf balls fell from the sky amid 70 kilometre per hour winds.

Outside the city, hundreds of thousands of hectares of young wheat, canola, and barley crops were decimated.

Insurers estimate that the 63,000 claims made following the storm amount to about $1.3 billion – without accounting for crop losses. More than 32,000 vehicles were extensively damaged by cracked and smashed windshields. Vehicle write-offs total $386 million. 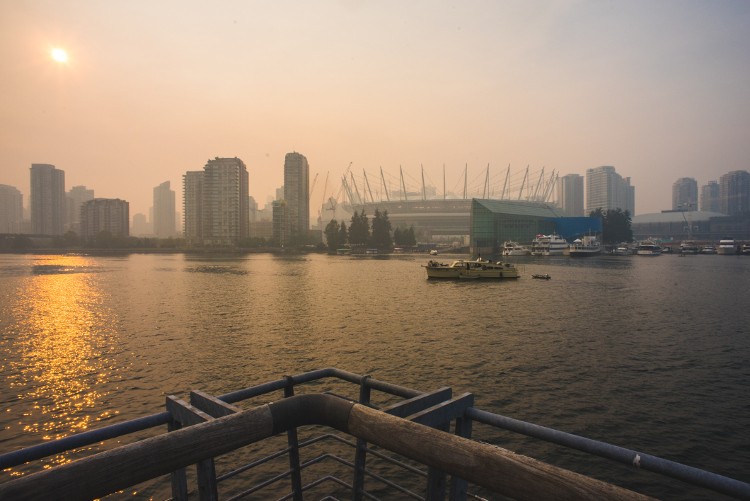 Due to a cooler and wetter spring, British Columbia recorded a relatively quiet fire season, with only one-third of the blazes seen in 2018’s record-breaking season.

However, the forest fires raging across the United States created a record amount of imported wildfire smoke across the province in September.

The plumes, which were visible from outer space, created some of the worst air quality in recorded history, and some of the unhealthiest air in the world.

Vancouver and Victoria were “especially dark and smoky,” Environment Canada said. Both cities registered 70% to 80% more smoky hours than the previous records set in August 2018. 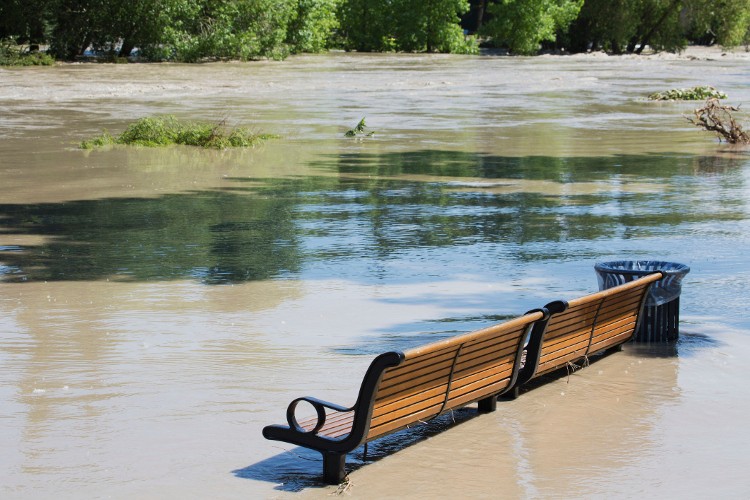 3. Fort McMurray’s flood of a century

Much of downtown Fort McMurray, Alberta, was flooded at the end of April, as a severe ice jam impacted nearby rivers.

According to Environment Canada, it was the most significant flooding in more than a century. In a matter of hours on April 26, water levels in the area’s rivers rose between 4.5 and 6 metres.

Thousands had to evacuate, and many went without power or gas for nine days, all in the midst of the COVID-19 pandemic.

Tragically, a man from the nearby Fort McKay First Nation drowned after he was caught by the rising waters of the Athabasca River. 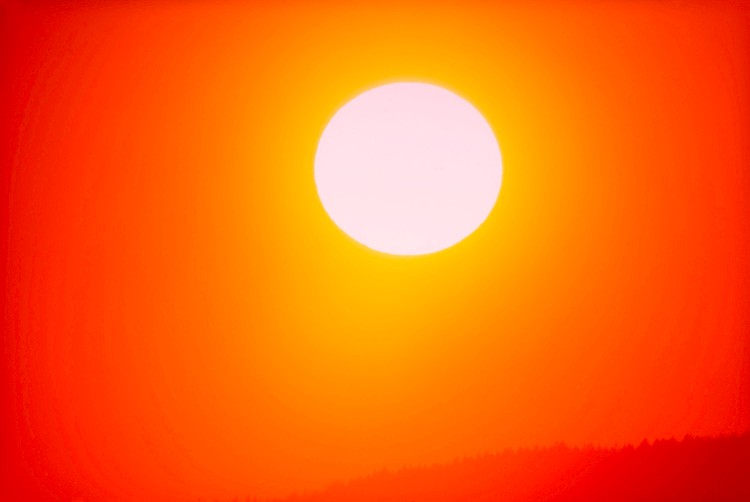 4. Endless hot summer in the East

Central and Eastern Canada saw the warmest summer since 2012 and the fourth or fifth warmest season in 73 years.

As early as May 25, temperatures began to exceed 30°C in Ontario, Quebec, and New Brunswick. On May 27, Montréal hit 36.6°C, its hottest May temperature ever recorded.

In Quebec, 140 temperature records were broken in June alone. Before the second week of July, Ottawa had already had as many days above 30°C as it would normally see in an entire summer, Environment Canada said.

In parts of Quebec and Ontario, temperatures remained above normal almost continuously from mid-June until mid-August.

Fredericton, New Brunswick, had 20 days above 30°C, instead of the normal nine. Likewise, Summerside, Prince Edward Island, had ten days above 30°. They usually have one. And Winnipeg almost doubled its 30° days. 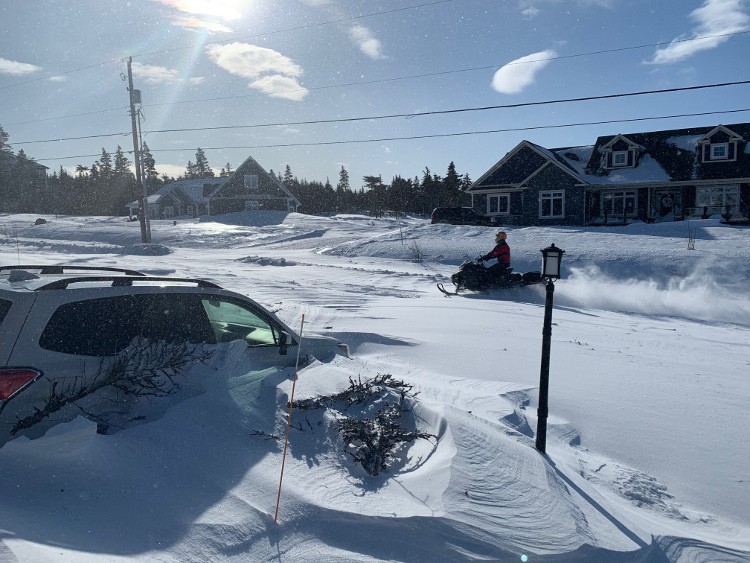 Environment Canada called the January 17 storm that pounded Newfoundland and Labrador the “fiercest blizzard of a lifetime.”

The storm lasted for 18 straight hours. St. John’s International Airport recorded 76.2 centimetres of snow, breaking its daily record, and had to close for six days.

The towns of Mount Pearl and Paradise reported 90 centimetres of snow in 28 hours.

Snow drifts were higher than doorways, and people were forced to dig themselves out of their homes. In some places, the snow was higher than entire houses.

There was even an avalanche in downtown St. John’s, and the Canadian Armed Forces had to be called in.

A total of 166 centimetres of snow fell on the city between January 1 and 19 – the snowiest start to the year since records began. 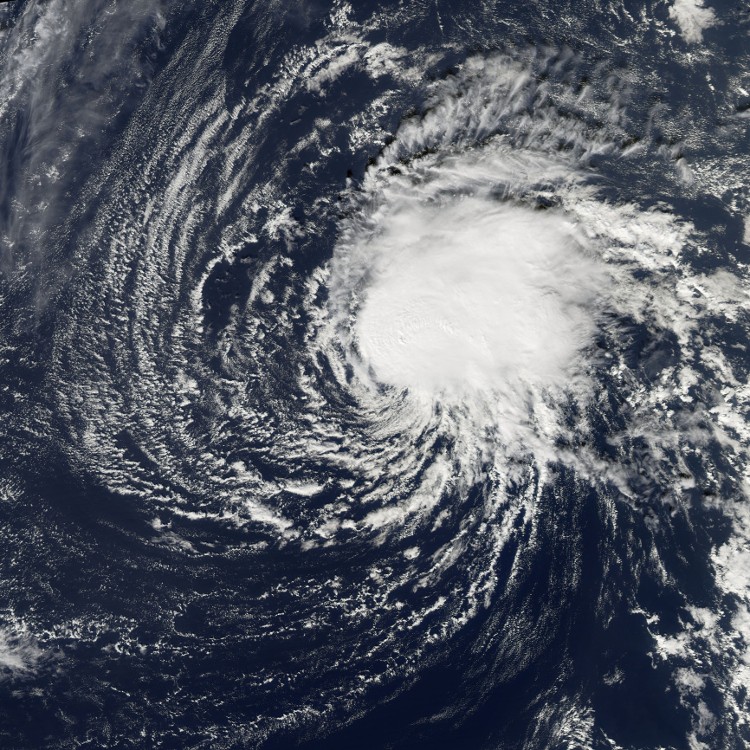 Atlantic Canada saw nearly three year’s worth of storms in one hurricane season.

When the record-breaking season came to an end, there were 30 named storms. Of the 13 hurricanes that battered the region, 6 became major hurricanes. 2020 broke the record for the number of named storms in a single season, which was set in 2005.

For the sixth year in a row, a named storm formed before the official start of the hurricane season.

The season’s most impactful tropical storm in Canada was Teddy. Although it weakened to a post-tropical storm before making landfall in the Atlantic provinces, it sustained hurricane-force winds. 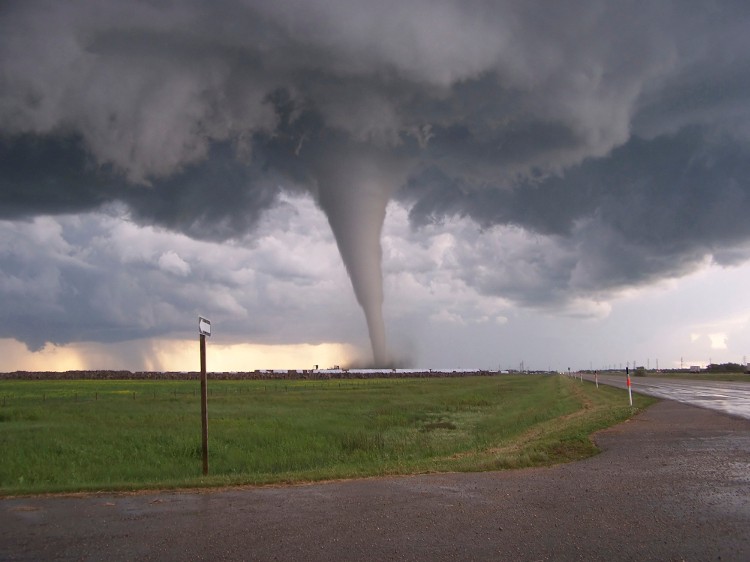 7. The year’s most powerful tornado

At least 77 tornadoes touched down across Canada in 2020. The most powerful, though, occurred on August 7 in southwestern Manitoba.

Five minutes after Environment and Climate Change Canada issued a tornado warning, a giant funnel cloud filled the sky and grounded as an EF-3 tornado near the town of Scarth, Manitoba.

Sadly, two teens from Melita, Manitoba, were killed when the storm picked up their truck and threw it a kilometre away.

Environment Canada said the Scarth tornado was the strongest twister recorded in Canada in 2020, with wind speeds reaching as high as 260 kilometres an hour. 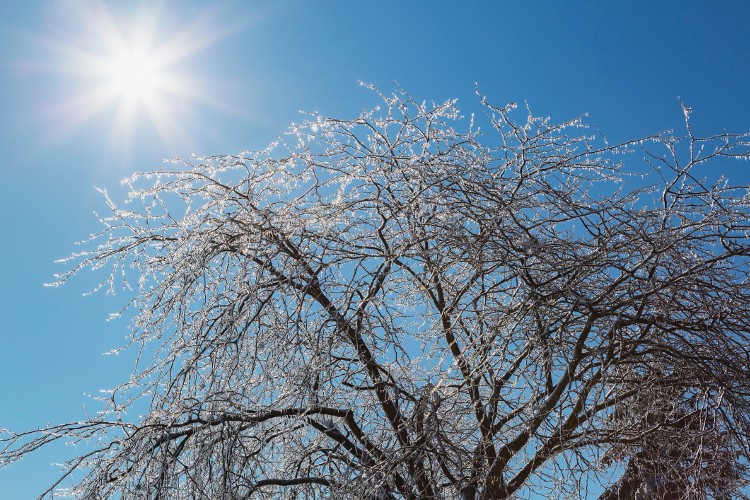 Following a mild winter, a polar vortex brought cold weather to most of southern Canada in March. Temperatures remained icy for another two months.

More than 80% of Canada had a colder-than-normal spring, Environment Canada said. In the Prairies and southeastern Canada, April was the coldest it had been in 73 years.

Some parts of Ontario and Quebec saw more snow in May than they had in March and April.

“The lingering spring-time chill, along with May snows, fit the mood of the nation, frozen in place,” Environment Canada said. “In some ways, Mother Nature made it easier for Canadians to self-isolate indoors to prevent the spread of COVID-19.” 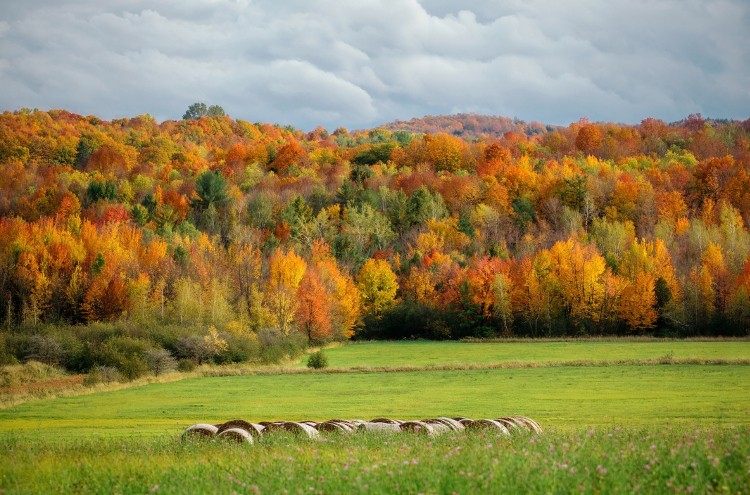 9. Fall in Canada – winter in the West and summer in the East

Environment Canada says the Prairies saw unseasonably warm weather during the first week of November. But by 7th, a slow-moving Colorado low came in from the American northwest.

At the end of October and in early November, southern parts of Ontario and Quebec saw the first snowfall of the season.

But summer weather returned, bringing a stretch of record-breaking high temperatures to Ontario, parts of southern Quebec, and eventually into Atlantic Canada.

Over eight days, 200 daily high-temperature records were set from Ontario to Newfoundland.

On November 9, the temperature in Collingwood, Ontario soared to 26°C — one of the highest temperatures ever in the province for November and the warmest November day in 60 years. 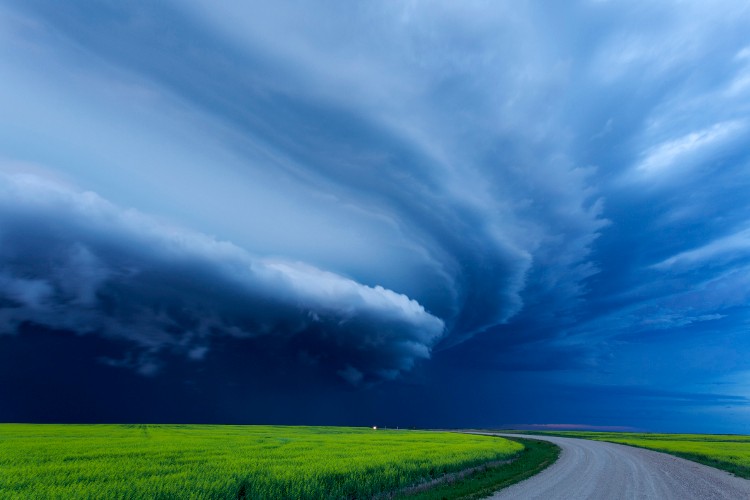 A low-pressure system brought a warm front across central Ontario. In Barrie, between 80 and 90 millimetres of rain fell between August 1 and 2 – more than the average monthly total. It was the highest of any August one-day rainfall in history.

The storm system also spawned four tornadoes, with winds clocking between 130 and 190 kilometres an hour.

In Alberta and Saskatchewan, the cost of the hailstorm included 4,000 insurance claims totalling $55 million in property losses.

While an end may be near for COVID-19, Environment Canada warns that 2020 will not be the end of severe weather in the country.

“There is no vaccine for extreme weather, only sustainable planning, preparedness, and a rapid response,” they say.