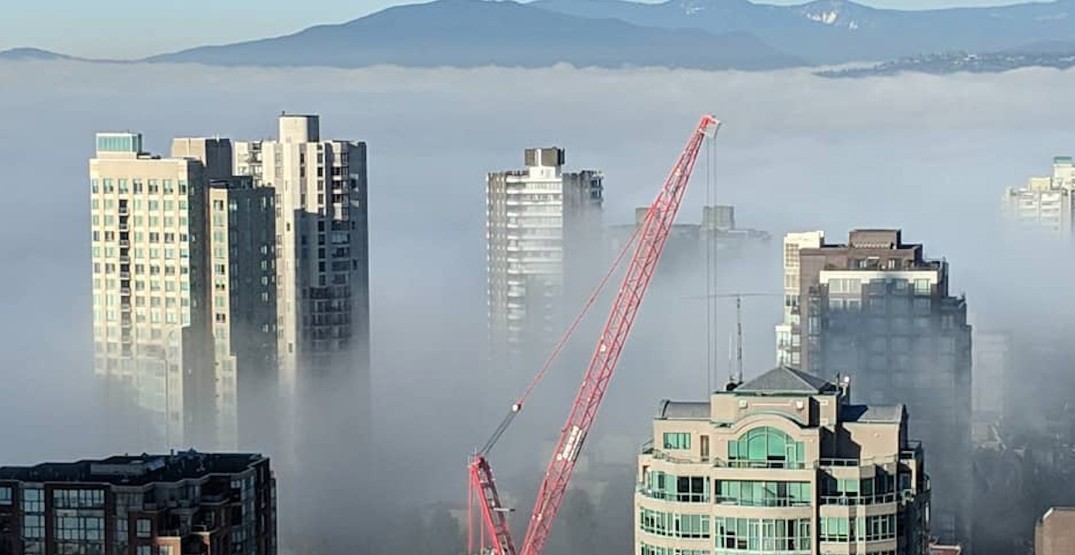 Despite the sunshine peeking through, Environment Canada has issued a fog advisory for Metro Vancouver.

The advisory applies to the following areas:

“A strong inversion over the south coast has trapped an extensive area of fog over the Strait of Georgia. Fog has moved onshore at many locations near the Strait and is reducing visibilities,” said Environment Canada.

“Near-zero visibility in fog is expected or occurring.”

Later this evening, drier out-flow winds are expected to come out of the Fraser Valley which should clear up the fog in Metro Vancouver.

Environment Canada says that communities on Vancouver Island, the Sunshine Coast, and the Gulf Islands can expect fog to last near the water until Tuesday.