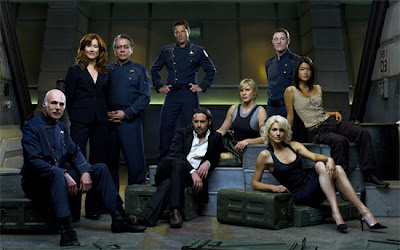 Last week the Emmy nominations were announced and in the category for “Outstanding Special Visual Effects for a Series” you may notice that four of the five nominees are from series produced in Vancouver. Thus, further reiterating that Vancouver is the undisputed ‘sci-fi captal’ of the world and a visual effects hotbed. No wonder big studios are looking to open up a digital arm here (see Pixar). This is great news for the local film industry, which is just starting to gain traction again as tax credits and the new norm of the Canadian dollar settles in.

The televisions series are:

Furthermore, Vancouver and the industry as a whole is maturing to the point where we aren’t just a cheaper alternative for Hollywood producers. In fact credits are available all over the continent. Vancouver’s advantage lies in the talent, especially the talent on the back end and visual effects side. The fact we remain the third largest film and television production centre in North America is a testament to that.
As far as sci-fi goes, in the past shows like X-files led the way. Now we have Fringe, Super Natural, Battle Star Galactica and many more being filmed here as Vancouver reigns supreme as the sci-fi capital of the world. Now all we need is a major convention to seal the deal.
VancityBuzz.com