The above title will do one of two things: fill you with glee, or bring up nightmares of high school lit. The Belle of Amherst isn’t for everyone, and there lies its charm and integrity.

English Literature enthusiasts, and specifically Emily Dickinson fans, should take note this novel production. It’s not often that William Luce’s 1976 play is put on locally, and the background of the exquisite Roedde Mansion makes an unparallel backdrop. This Belle is performed with a great deal of historic accuracy, from the live piano songs that used to made up Emily’s repertoire, to the serving of her famous ‘black cake’ at intermission. It’s easy to see how much love and heart was put into the finer details. 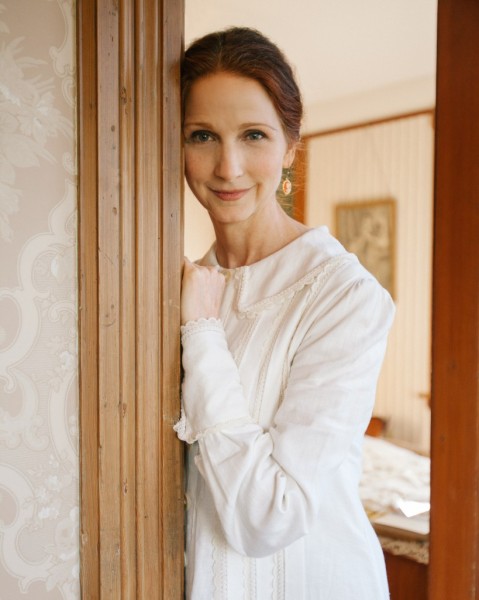 Renée Bucciarelli as Emily is on-stage for the entirety of the duration of the two acts, and does a superb job of transforming this legendary literary figure into flesh and feeling. Bucciarelli’s Emily is slightly off-kilter and earnest, and not a fully comfortable individual to be around. The play illustrates the brilliant mind’s self-exile from society, of how she at once longs for company and is repulsed by it. Most surprising to me was how naturally funny Emily is, how Bucciarelli owns her muse’s eccentricities with every restless motion.

The first half of the play is better paced, with Emily inviting us into her head with reenactments of critical conversations in her life. We see how, while secluded, the poet’s psyche is formed and developed by her immediate family, along with a few rare outsiders. There are little turns of charm: mocking “Mr. Webster” dictionary for not knowing how to define (her) genius, teenage Emily shrieking with delight in reading ‘naughty’ and uncensored Shakespeare. The play sets the stage for understanding the reasons behind Emily’s exclusion from the world after adulthood, and in turn makes her more accessible and less of a mythical tale of woe. 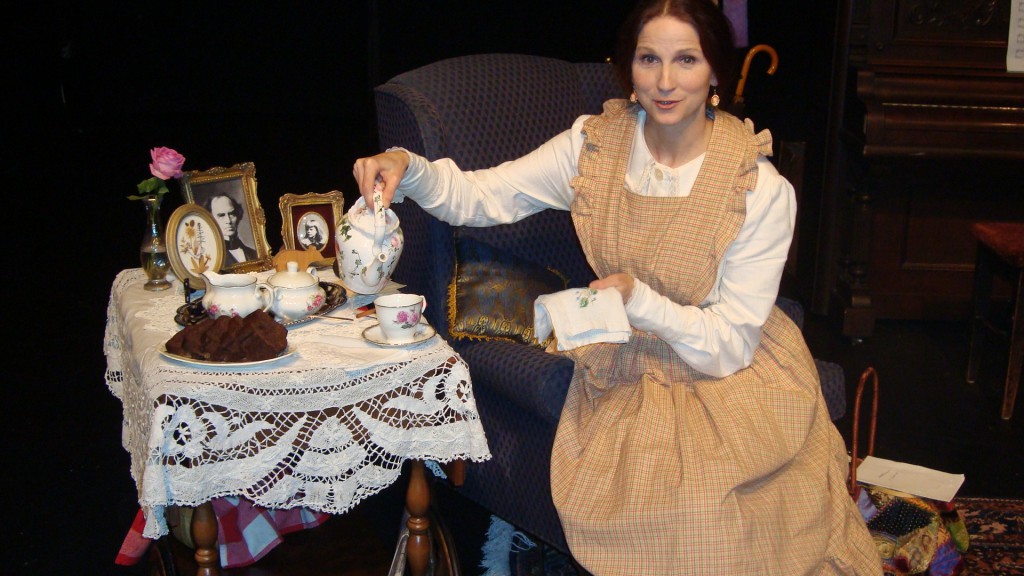 Bucciarelli effortlessly transitions from speech to poetry, but by the second half, there are too many of the latter. I think Belle’s audience ideal audience is one that is in love with Dickinson’s poetry and story; the play has much more to go on if you have more than a passing acquaintance with the subject matter. As Emily proclaims: “This is my letter to the world / That never wrote to me.” Overall it’s a wonderful adaptation of ‘living’ history, and a powerful character study for the experienced actress.

Niche productions like this have a hard time making it financially, as evidenced by Bucciarelli’s personal appeal to the audience at the end of the show. And I’m sure there are enough Dickinson appreciators in town to see this little production grow to financial success. or, as Bucciarelli humbly put it, in the arts world that’s simply known ‘breaking even.’ I really hope it does.

The Belle of Amherst runs at The Roedde House Museum until March 1. More information here.