One of the most profound effects of the recent recession has been the evolution of consumers becoming aggressive bargain seekers! 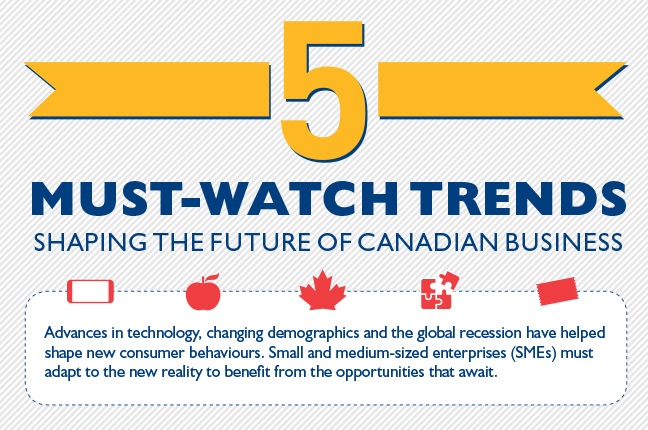 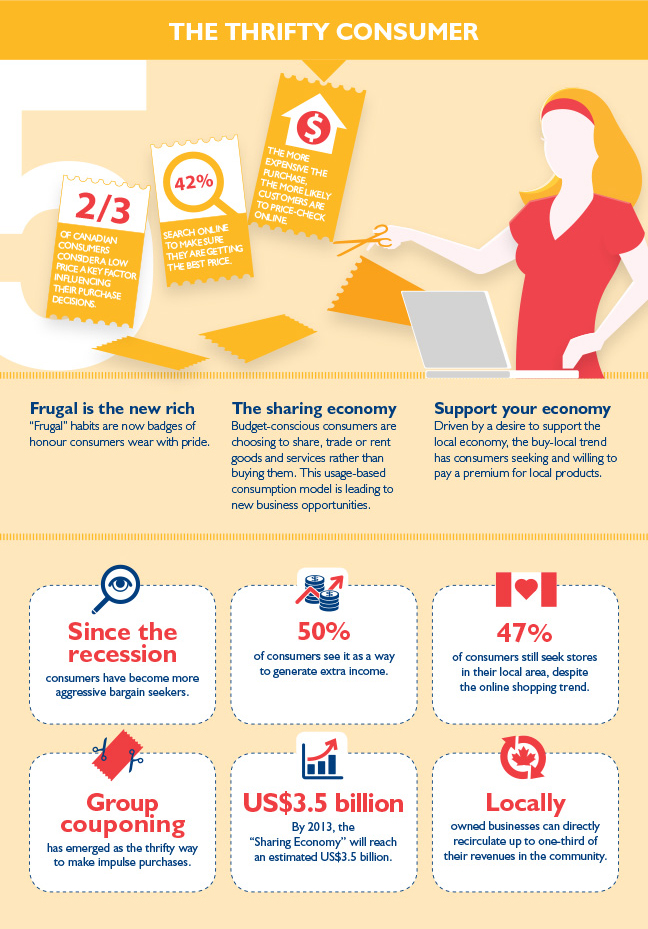 As noted in the report released last week by the Business Development Bank of Canada (BDC), a recent BDC-Ipsos survey found that seven out of 10 Canadian consumers have reduced their spending in some fashion since the recession. As well, more than two in five consumers now shop around more than they did in the past. One-third claim they now buy fewer products and services and, when they do, they tend to select those that are more affordable.

The biggest change has come from the 35-to-54 generation, based on how their wages have remained relatively stable since 2008. The same age group saw their average annual income increase by less than one per cent between 2008 to 2011.

Canadians still remain sceptical about their economic prospects, with two in five believing high unemployment rates are in store for the next five years. Vice Versa, only one in 10 Canadians believe that next year will bring positive changes to the Canadian economy. Though subjective in nature, these responses lead the BDC report to suggest that consumers will remain cautious about their purchasing habits in the near future.

If trends are any indication, consumers have very good reasons to remain worried about their national economic situation. In 2012, the Canadian household debt-to-income ratio reached an all time high of about 153 per cent. The BDC report continued that persistent low interest rates, combined with record high property values and stagnating personal incomes, have led consumers to keep borrowing beyond their means.

Consumers have become far too accustomed to low interest rates and have been using debt to supplement stagnating wages. This debt burden coupled with fragile consumer confidence in the economy are negatively enabling consumers’ modified consumption habits and their quest for bargains.

Bargain hunting popular both in outlets and online

Stats indicate that when making a purchase, nearly two-thirds of consumers consider the lowest possible cost the most influential factor. Their cost-saving desire has led to decreases in brand loyalty within certain markets. A recent BDC-Ipsos survey found that 18 per cent of consumers believe the brand is never an important factor when buying a product or service.

Generally speaking, the higher the household revenue, the more importance consumers tend to attach to the brand.

Value-conscious Canadian consumers use a variety of penny-pinching strategies, led by shopping for sales, using coupons, stocking up during sales and promotions and store hopping for best prices. Buying private label products tend to land far down on the list. In 2011, 17 per cent of consumers treaded down from a national brand to a less expensive alternative, often spurned because they felt they could receive similar value at a lower price.

Use group couponing as a marketing tool

The strategic use of group couponing can be a good way for SMEs to introduce consumers to their business and products. Over four in five group coupon users claim they have used a business for the first time because of an online group coupon. A similar proportion say they have tried a product or service that they would not have used otherwise without the coupon. Moreover, over half of these consumers say they are likely to revisit a retailer they discovered via a coupon without using another one. The development of online daily group deal sites may help retailers and manufacturers reduce advertising budgets while reinforcing brand and product awareness. For SMEs, however, the cost of group couponing could outweigh the benefits, if they do not make a profit on initial transactions due to service fees or high rebates.

According to Forbes magazine, the revenue flowing from the sharing economy will reach US$3.5 billion in 2013. This trend allows SMEs to offer flexible acquisition options for their products or create new types of business models. The most successful sharing economy companies (such as Airbnb, a travel rentals leader and Zipcar, a car-sharing service) are good examples. The trend is likely to gain momentum; if consumers see the sharing model as a source of additional income, the availability of products on these platforms will continue to grow. SMEs can capitalize on some of the other driving forces behind this phenomenon, including the desire to acquire luxury items at low prices and to have access to items only when they are needed (known as usage micro-segmentation).