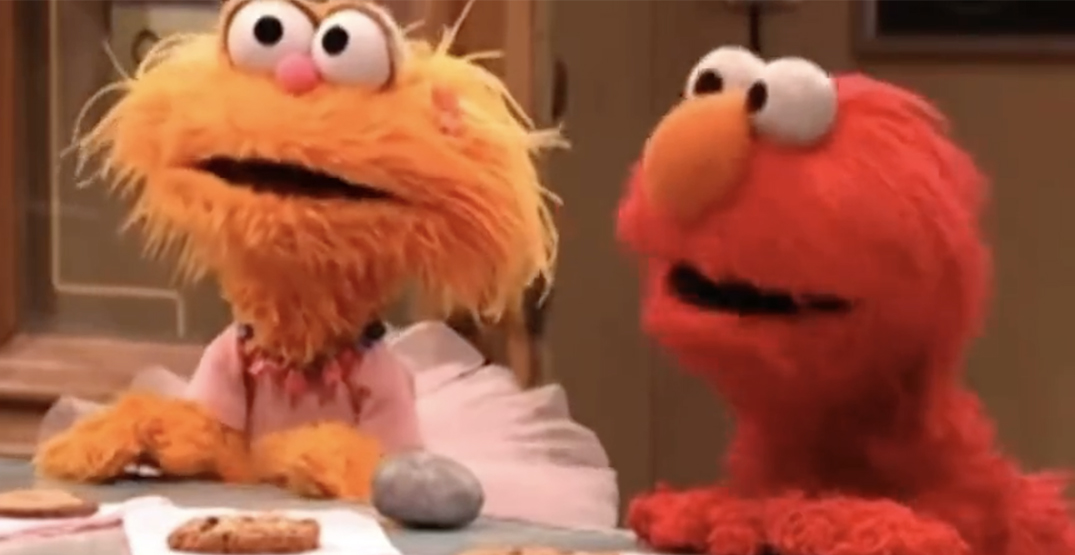 Even if you’ve been living under a rock (or are a rock), you’re probably aware that a certain furry red muppet has been making headlines for an unlikely feud.

Sesame Street‘s Elmo went viral this week after a video of the character fighting for his life to eat the last oatmeal raisin cookie resurfaced. The challenger? Zoe’s pet rock, Rocco, who was introduced in Season 30 of the show in the late ’90s.

In the video, shared by Twitter user @Wumbooty, Elmo goes to grab a cookie placed next to a grey rock, before Zoe stops him, saying that Rocco the rock also wants the cookie.

there are tears in my eyes y’all my stomach hurting pic.twitter.com/bbkF9yDZLf

This clip, which was taken from the 2004 episode “Elmo feels he’s treated unfairly by Rocco,” is just one instance of the ongoing feud between Rocco and Elmo.

Another clip shows Rocco allegedly saying “hello” out loud to Elmo, who doesn’t hear anything.

“Well, that’s because you don’t speak rock,” Zoe says, and Elmo lets out an exasperated sigh.

Elmo himself addressed the bad blood between him and Rocco on Twitter.

Has anybody ever seen a rock eat a cookie? Elmo is just curious.

The internet is obsessed with the feud, with celebrities and sports teams even weighing in.

The Toronto Blue Jays appear to have chosen a side.

We’re missing days at Rogers Centre with all of you.

Yes, my friend.
This Rock devours cookies.
All kinds of cookies 😈🍪
I’ll introduce you to #CheatMeals and it’ll change your life.
Tell Cookie Monster to move it over, cuz I’m coming to Sesame Street to kick ass and eat cookies.
And I’m almost all outta cookies.
~ Rock 🐂 https://t.co/BjlZciRqxU

Either way, the feud has been a funny pick-me-up during these uncertain times.