Synthpop superstar Ellie Goulding is no stranger to Vancouver. The singer previously sold out the Commodore Ballroom in 2011 then the Orpheum Theatre two years ago, and tickets for her Rogers Arena concert on Friday night are moving quickly too.

Goulding just released her third studio album Delirium and the video for first single “On My Mind” has been seen more than 180 million times on YouTube. The singer also scored a huge hit last year with “Love Me Like You Do” from 50 Shades of Grey and earned a Golden Globe nomination for writing the tune.

Be sure to catch her while you can – Goulding temporarily broke the internet on March 10 when she announced on Twitter that she’ll be “having a break” from music once this tour is over. “It’s been seven years since I had time off,” she wrote.

So what are you waiting foooooorrrr? A few tickets for Friday night’s show are available here, and be sure to check out Vancity Buzz’s coverage of the show on Saturday. 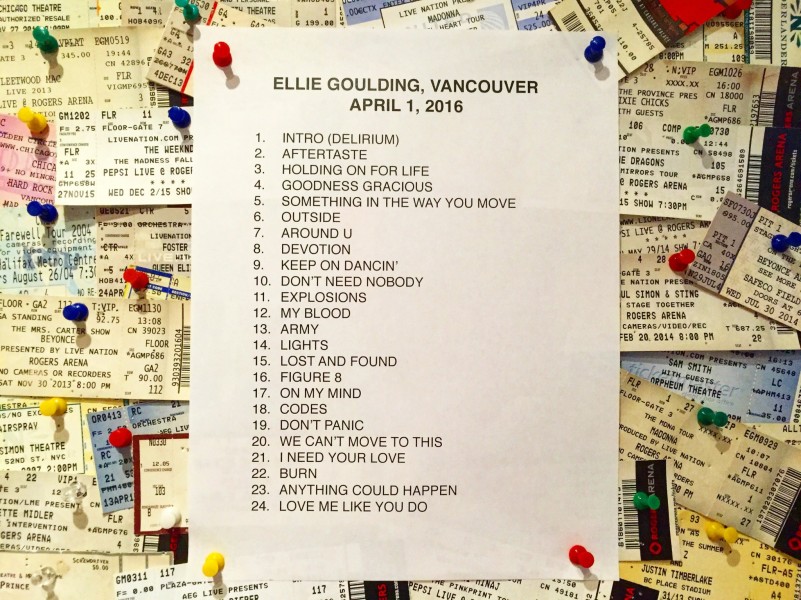