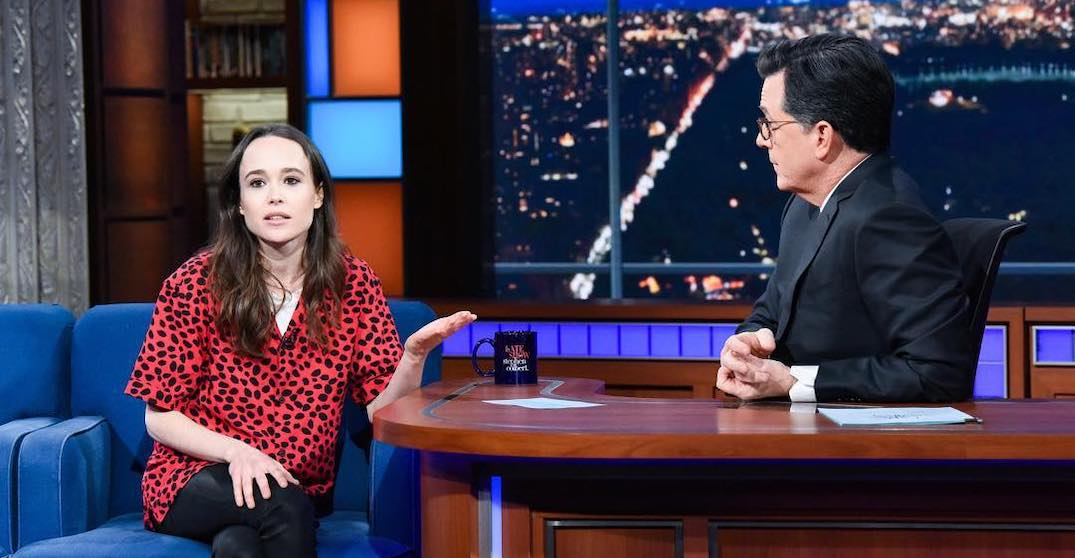 Canadian Ellen Page has long been an outspoken advocate.

And while on The Late Show with Stephen Colbert on January 31, the actress delivered an emotional speech to a silently engaged audience, that included Colbert himself.

“If you are in a position of power, and you hate people, and you want to cause suffering to them,” Page said, with tears in her eyes. “What do you think is going to happen? Kids are gonna be abused and they are gonna kill themselves, and people are gonna get beaten on the street.”

Pence has advocated for conversion therapy, and spoken out against gay marriage.

“I am fired up tonight, it feels impossible not to feel this way right now, with the president and Vice President Mike Pence, who wishes I couldn’t be married,” she said. “Let’s just be clear. The Vice President of America wishes I didn’t have the love with my wife.”

“This needs to f*cking stop,” Page said, to a roaring applause.