A massive juvenile elephant seal has beached itself at Ambleside Park in West Vancouver. Not to worry though, it’s not sick but it may remain there for three to four weeks to come.

The mammal is currently undergoing a natural process called “catastrophic moult,” a stressful period of shedding its fur and skin. Onlookers are asked to stay outside the barricades set up around the seal, to respect the seal’s privacy and not touch it, and to keep dogs on leash. A security guard has been hired to keep crowds from approaching the seal. 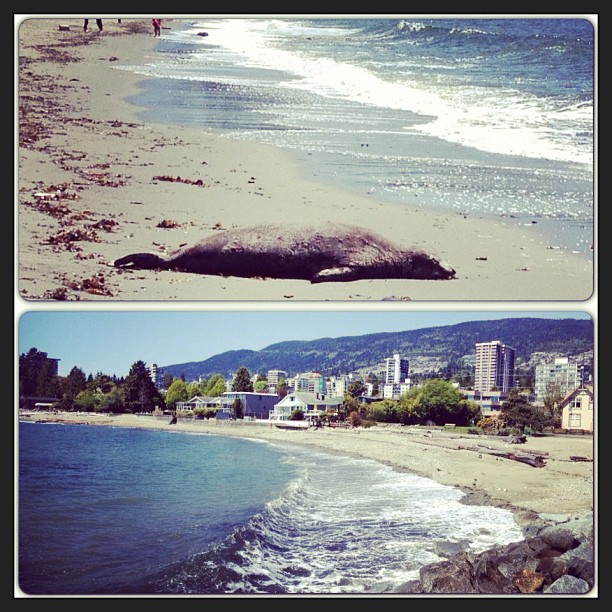