Flee, by Electric Company Theatre and Langara’s Studio 58, is currently on at the Fox Cabaret. There are glimpses of brilliance in the original score and scene-stealing supporting cast, but the parts just don’t add up to a cohesive whole.

And perhaps that’s exactly what the play intended to do, if you go by the programme’s manifesto:

There was a bit of head-scratching to be sure, but also more than a bit of ambivalence – the exact opposite aim of most theatric productions. In opting for spectacle over substance, Flee exerts most of its energy in looking cool, but not nearly enough in engagement. It’s like that perfect boyfriend who looks good on paper, but kind of lacking in personality. You want to like him, as you want to like Flee, but something elusive falls short of the mark. 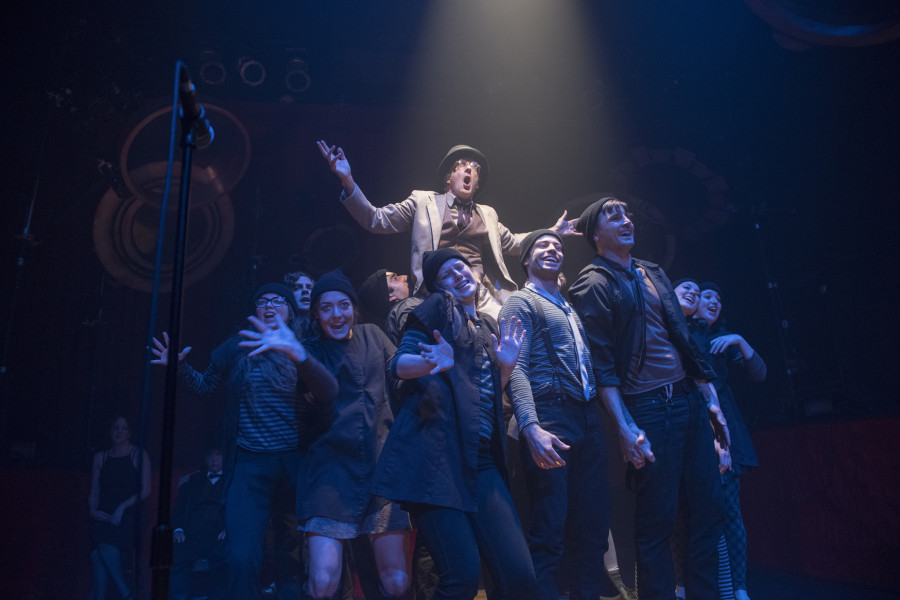 Let’s start with the good. A completely original score by Peggy Lee, wonderfully executed by a live four-piece band (Peggy Lee, JP Carter, Ron Samworth, and Dylan van der Schyff). I could have listened to the music on repeat, which simply doesn’t happen often in independent productions like this. Mood was superb, the band fitting perfectly in place among the Fox’s well-worn seating and bar. Choreography by David Raymond and Tiffany Tregarthen was an ever-revolving door of possibilities, more than making up for the simple stage and lack of props. The students’ bodies frequently became the set, fluidly moving from one scene to the next without transition. 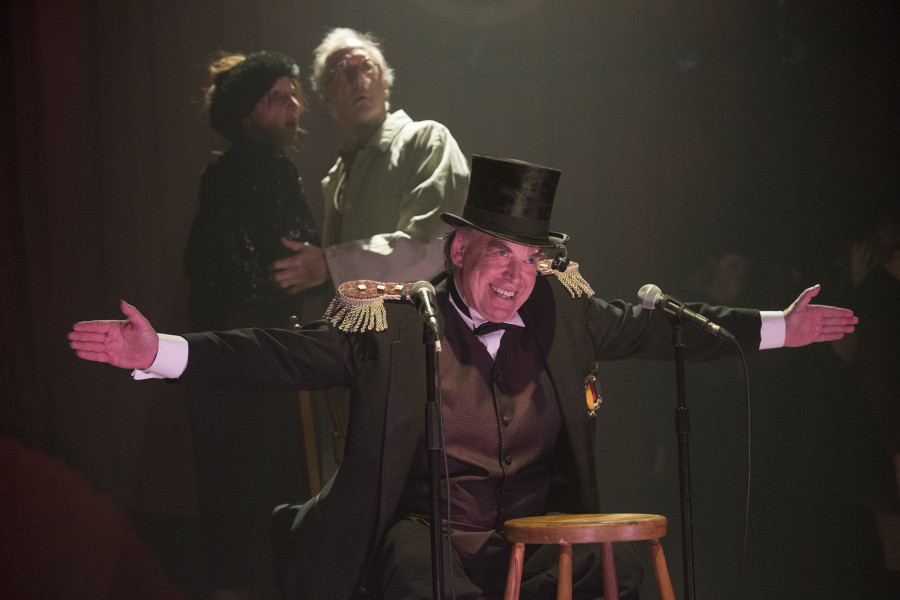 Performance-wise, David Petersen’s The Old Hand and Kathryn Shaw’s Madame Renard stole every scene they were in, and a few more where they were not. Petersen’s performance in particular elevated the craggy circus ringmaster from drawn caricature to something more. The two leads of Peter Anderson and Lois Anderson were more quietly expressed, displaying a soft foil to the hard lines of Petersen and Shaw.

The students exhibited much energy and bluster, but fell short in their collective responsibility of narration and in driving the story forward. Shouty exclamations seem to have been mistaken for intensity, and lines were delivered in the same heightened pitch that became monotonous as the hour wore on.

Flee, for as much as its frantic pace and energy, feels empty at the end of the day. The execution is fine and the music is gorgeous, but in the way that flashy wrapping paper can’t make up for what lies underneath. The combination of Electric Company’s experience and Studio 58’s youthful exuberance should have made for a perfect match. By the end of the hour-long production, I was relieved to exit the cabaret by the same manner as the title suggested.