“It’s a peppy little vehicle (and) fun to drive. It’s kind of like sitting in the cockpit of an F1 vehicle,” Jeff Holland of Electra Meccanica tells Daily Hive.

The SOLO, is an all-electric, carbon fiber, single-passenger, commuter vehicle. The tiny car packs a punch with its 160 km range, a top speed of 130 km/h, and it can go from zero to 60 in eight seconds— not bad for having only three wheels. 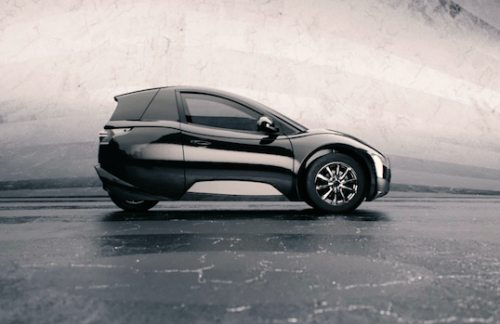 “It is an ideal commuter car. Not intended to replace your family vehicle, but if you are just going to work and back or the grocery store…it is an ideal vehicle,” said Holland.

The SOLO is compact but has enough storage space to squeeze in a suitcase.

A prominent safety spec of the SOLO is that its body shell is constructed from a carbon aerospace composite, which Holland says is, “similar to the material a Boeing 787 is made out of.”

Holland estimates that around 300 people have already placed an order for the SOLO.

If you’re interested in purchasing the three-wheeled car, it will cost you $19,888 and you can pre-order it on the company’s website