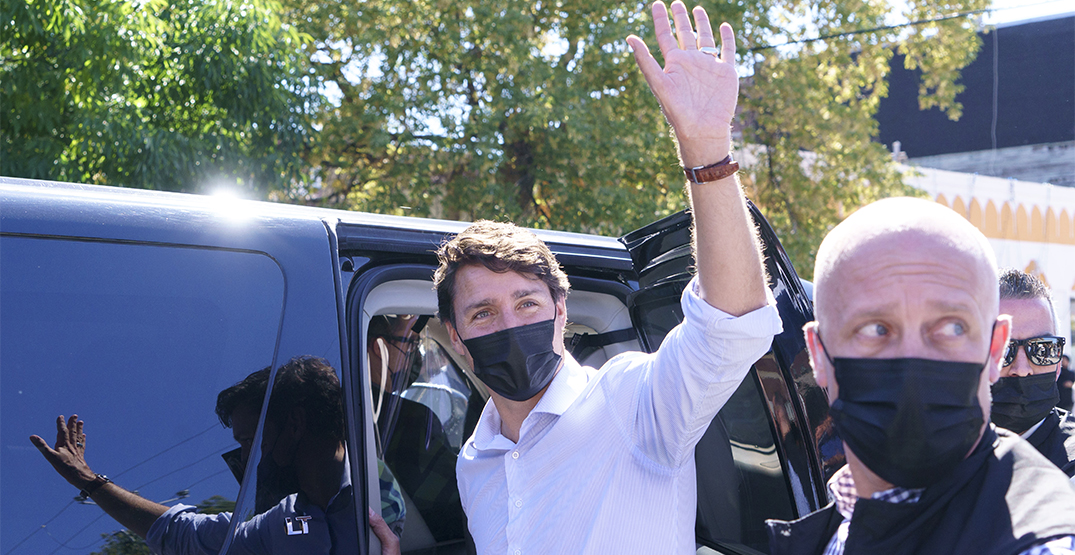 Liberal Leader Justin Trudeau’s pandemic election gamble paid off Monday as he delivered his party to power for the third time, though he fell short of a majority. Trudeau’s victory over his Conservative opponent, Erin O’Toole, was not large, but it was decisive. Trudeau  overcame a sputtering campaign start as he faced criticism about the need for a federal election during the fourth wave of the COVID-19 pandemic, one that came with a $600 million price tag.

Trudeau was on track to win the most seats and form a minority government in an election that essentially mirrored the result of the 2019 federal campaign. Here are five things about how Monday’s federal election reinforced the political power balance in Canada:

The election became a showdown between Trudeau and O’Toole. Trudeau justified calling an election on Aug. 15, saying the country was at a pivotal moment in dealing with the pandemic, but O’Toole accused him of being a crass opportunist making a majority government power grab. The gains that Trudeau hoped for were diminished by criticism on that point and soaring COVID-19 case counts as the country entered a fourth wave of the pandemic. O’Toole surged in the early weeks of the 36-day campaign as he tacked sharply to the political centre, leaving the Liberals on the defensive. Trudeau pivoted to an attack on O’Toole’s positions on vaccine mandates and banning assault weapons, portraying his stance on both as being dangerously out of step with the majority of Canadians, especially urban voters.

2. The 905 and Fortress Montreal carry the Liberals

Trudeau’s painting of O’Toole being soft on guns and vaccines appeared to resonate in the country’s two largest and most vote-populous metropolitan areas. The Liberals swept Ontario’s key battleground, and arguably Canada’s, the 905 belt of the suburban communities around Toronto. And it held the urban ridings around Montreal. The early results from Ontario showed the Liberals leading with about 38 per cent of the votes. Their lead in the popular vote was only a few points more than the Conservatives but it was enough to deliver the dozens of ridings needed to claim power. It was a virtual repeat of how the Liberals managed to cling to a minority in the 2019 federal campaign.

Pre-election voting became a thing in this federal election because of the COVID-19 factor. Elections Canada said nearly 6.8 million out of 30 million eligible voters took the opportunity to vote early, either through special ballots sent in by mail, or at advance polls. For those who voted early, the scenes of long line ups in the darkness after polls officially closed on Monday night, their decision also marked smart planning. Elections Canada said they did not expect the final result of the election to be counted until Wednesday. Canadians became acquainted with the phenomenon of early voting when they watched the prolonged outcome of the 2020 U.S. presidential election during which the incumbent, Donald Trump, falsely vilified the pre-election voting practice. Canadians, conversely, gravitated to the new electoral alternative as an understandable and perfectly legal option in the time of COVID-19.

In the final days of the campaign, Trudeau made a bold appeal to so-called progressive voters that may have been inclined to back the New Democrats or Greens, urging them to vote Liberal. Trudeau framed the choice for left-leaning voters in the starkest of terms: he argued if they didn’t support the Liberals they would be setting the stage for a new Conservative government to take power. This appeal appears to have hit the Green party, already riven by infighting, especially hard. The party was reduced to two per cent of the popular vote and Green Leader Annamie Paul failed to win a seat in the House of Commons as she finished a distant fourth in her Toronto riding. For Paul, it marked a final humiliation after she was forced to confront a pre-election party revolt.

Maxime Bernier’s People’s Party of Canada did not come close to winning a seat, and that included the leader himself who was once again defeated in Beauce, the Quebec City area riding that he had a firm grip on when he was a Conservative party cabinet minister. But Monday proved to be Bernier’s most influential night since forming the new populist party, it managed to split votes from the Conservatives in a number of key ridings, depriving O’Toole and his team of some essential seat victories in Ontario and elsewhere. Three days before the election, O’Toole warned right-of-centre voters that if they were thinking of voting for “smaller parties,” they would be voting for Trudeau. It turned out that O’Toole was right.