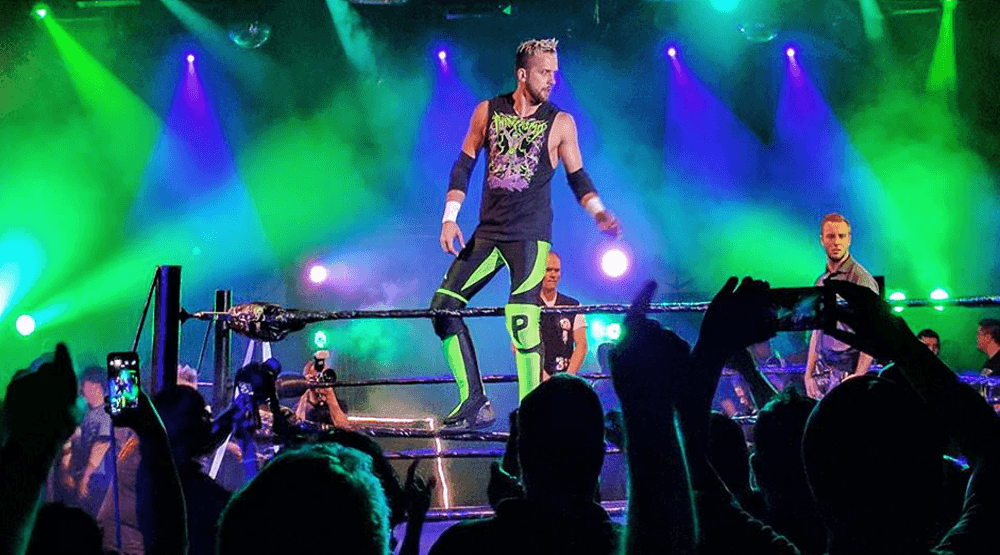 There is a scene in the Matrix where Agent Smith walks into the room to discuss the future of Keanu Reeve’s character. One path is a respectable and safe, if not boring, life, while the other life is fraught with high risk and excitement, and full of danger.

“One of these lives has a future. One of them does not,” intones Agent Smith, trying to impress upon Keanu to make the right, responsible choice.

I imagine this is a scene many independent wrestlers play through their head as they debate how deep they want to dive into their passion. It’s a scene many creative people probably run through over and over again as they try and balance responsibility versus chasing their passion.

Everyone has a musician friend who posts their latest album on your Facebook wall, pleading with you to give it a listen; Chasing the dream as far as they can, hoping one day they catch their big break. “My heavy metal version of Kenny G songs is going to take the world by storm!” posts the guy who was in your grade 9 French class.

For wrestlers, it’s a harder road to travel.

Not only are the chances of making it big in wrestling very slim, but the toll it takes on your body can be a heavy price to pay. Broken bones, torn ligaments, head trauma, if you can name it, most wrestlers will probably have gone through it. And unlike many creative endeavours, you can’t just practice wrestling in your room at night. Sure, maybe you can perfect some elbow drops on your pillow, and cut a killer promo while you brush your teeth, brother. But if you want to get really good? You need access to a wrestling ring and capable trainers/co-workers to help you get better.

On top of that, you can be at the whim and mercy of wrestling promoters, leaving a lot of your future in the hands of other people, people who might not give a damn about you. In a business known for volatile human politics, wrestling can be a greasy pole to climb to the top of. 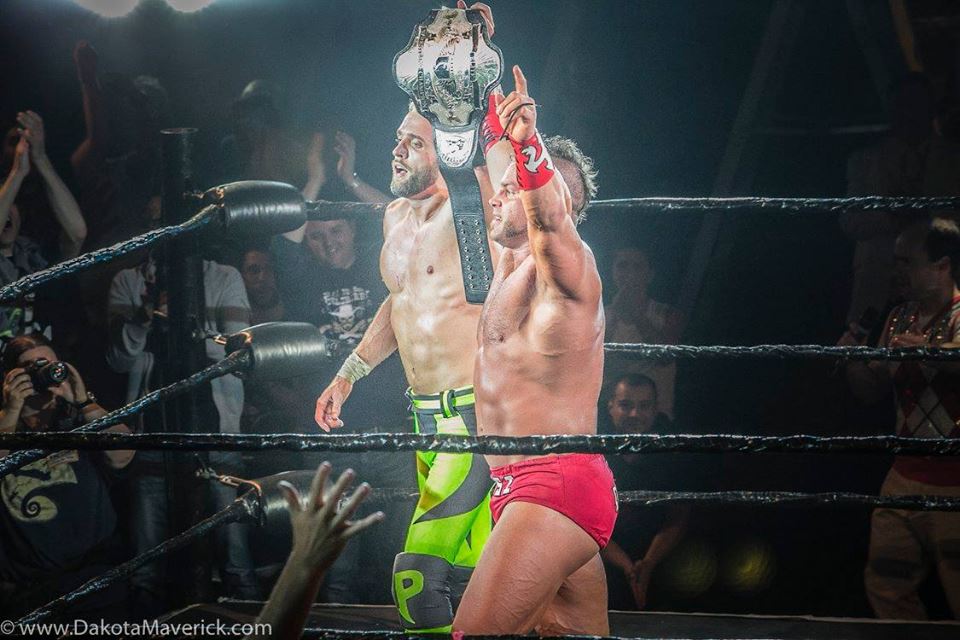 One is a safe, responsible life. That of an animatic editor working on such cartoons as the Emmy award winning All Hail King Julien, Dinotrux, and Mother Up. It is a life that is well respected and safe. A life with a reliable future.

The other life is that of a high flying, charismatic wrestler who has dominated the local wrestling scene. He went from being stuck as a ringside cameraman dying for ring time, to being a main event talent. He held the top title in ECCW for a year. He wrestled big names like Brian Cage, Joey Ryan, Kyle O’Reilly, Scotty Mac, Killshot, and Jeff Cobb, tearing the houses down in Wise Pro Wrestling, ECCW, and All-Star Wrestling. You ask wrestling fans in Vancouver who the top guy is, the guy with the best shot of taking the next career step, and many will respond simply “EL-P.”

Which is why many fans often wonder why he’s never branched out past Canada.

“I feel like my career so far has never been able to fully take off.” Riley explains. “Back in 2012 I was set to go to St. Louis to train with Kyle O’Reilly, Tony Kozina, and Davey Richards but I met the wrong border guard on the wrong day and I was denied entry. They said I couldn’t prove I would ever return to Canada, so they wouldn’t let me across.

“I remember ‘moustache’ said ‘You’re knocking on our door, and we don’t have to let you in’. Looking back I think it subconsciously shattered my confidence in wrestling. I went from one morning elated for the opportunity to train with those guys, to sleeping on my Mom’s couch that night. It left me devastated.” 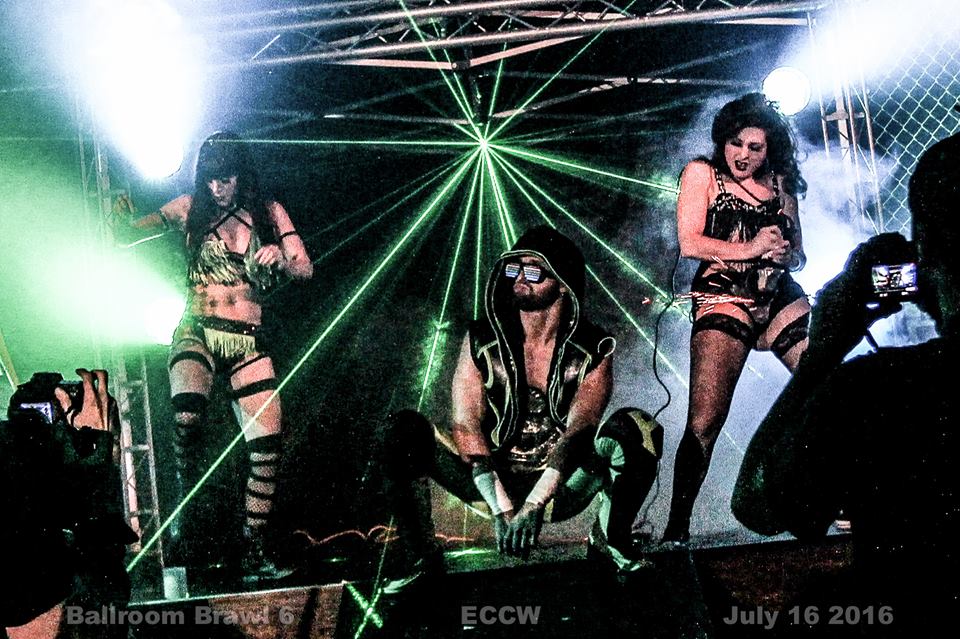 Not long after that, Riley ran into another major setback after winning his first singles Championship in ECCW. It was just days before his first title defence, when he was involved in a serious motorcycle crash.

“Buddy in his car wasn’t paying attention, turned right in front of me and I went flying over his hood onto the pavement. I’m very lucky to still have the mobility I have, as a one second difference could have left me paralyzed or worse. The police officer who was first to arrive said he’d never seen anyone walk away from a crash that bad. I had over a year of intense physio and electroshock therapy on my hip, which still bothers me to this day. I’ve had to learn to adapt my routine to train around it, but that was another huge set back to my career at the time.”

People close to him told Riley it was a sign from the wrestling gods that it just wasn’t meant to be. That he should focus more on finding a stable job and spend less time wrestling. The kind of approach Agent Smith would approve of. 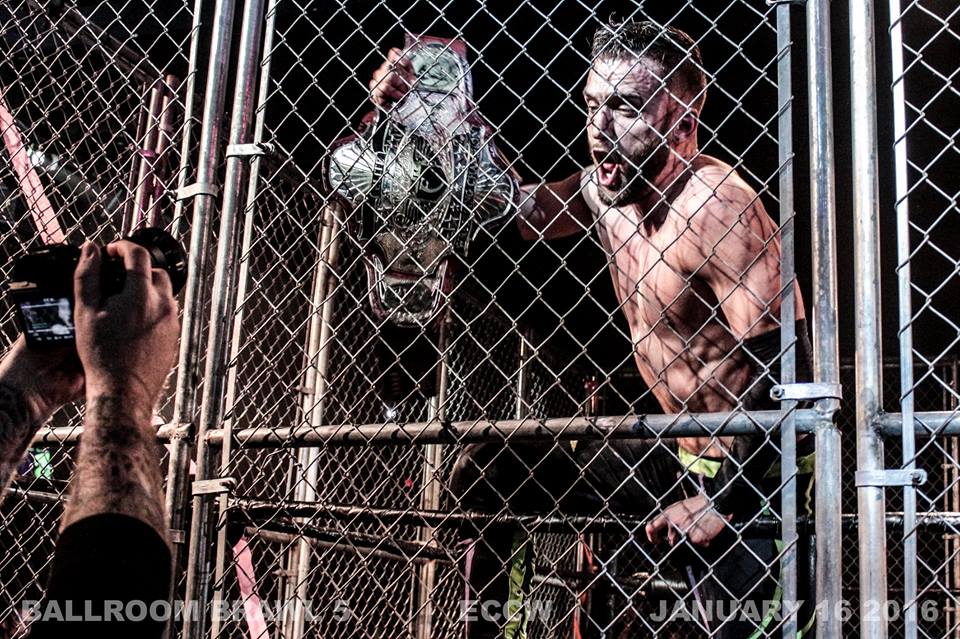 “In wrestling we were told to always have a back up plan. After the issues at the border, and then the motorcycle accident, my animation career started to take off. I ended up earning pretty good money making cartoons, working side by side with some of the most talented people in Vancouver.

“I love the creative process of making cartoons, but I would always find myself dreaming about wrestling. Every spare moment I had at work you’d find me on DailyMotion watching NJPW matches, or editing a new entrance video for the next Ballroom Brawl.”

It was a good life, no doubt. But wrestling continued to stay in the back of Riley’s mind. He had the job, he had the waterfront apartment, he was main-eventing shows all across BC, but he still wanted to see if he could go further with his career. Then 2016 came along, and it was a rejuvenation of sorts for Phantasmo.

“2016 absolutely revitalized my passion for wrestling. After so many ups and downs, I feel it was the first year I really hit my stride, doing the EL-P Open Challenge and having good matches every show. I take a lot of pride of having such an adaptable ring style with every kind of opponent, and I think my ECCW Championship reign reflects that.

“Having technical matches with Gurv Sihra, hardcore brawls with Moondog Manson, high flying showdowns with Air Adonis, and big man vs little man with Bishop. Then ECCW started to bring in some international superstars for me to wrestle, and Brian Cage in particular was so so soooo nice and supportive towards me and really gave me the confidence I’ve been lacking. It was finally after the reception from my last match with Kyle O’Reilly (at Ballroom Brawl 7) where I decided that I wasn’t going to renew my cartoon contract and I was going to finally chase the dream.” 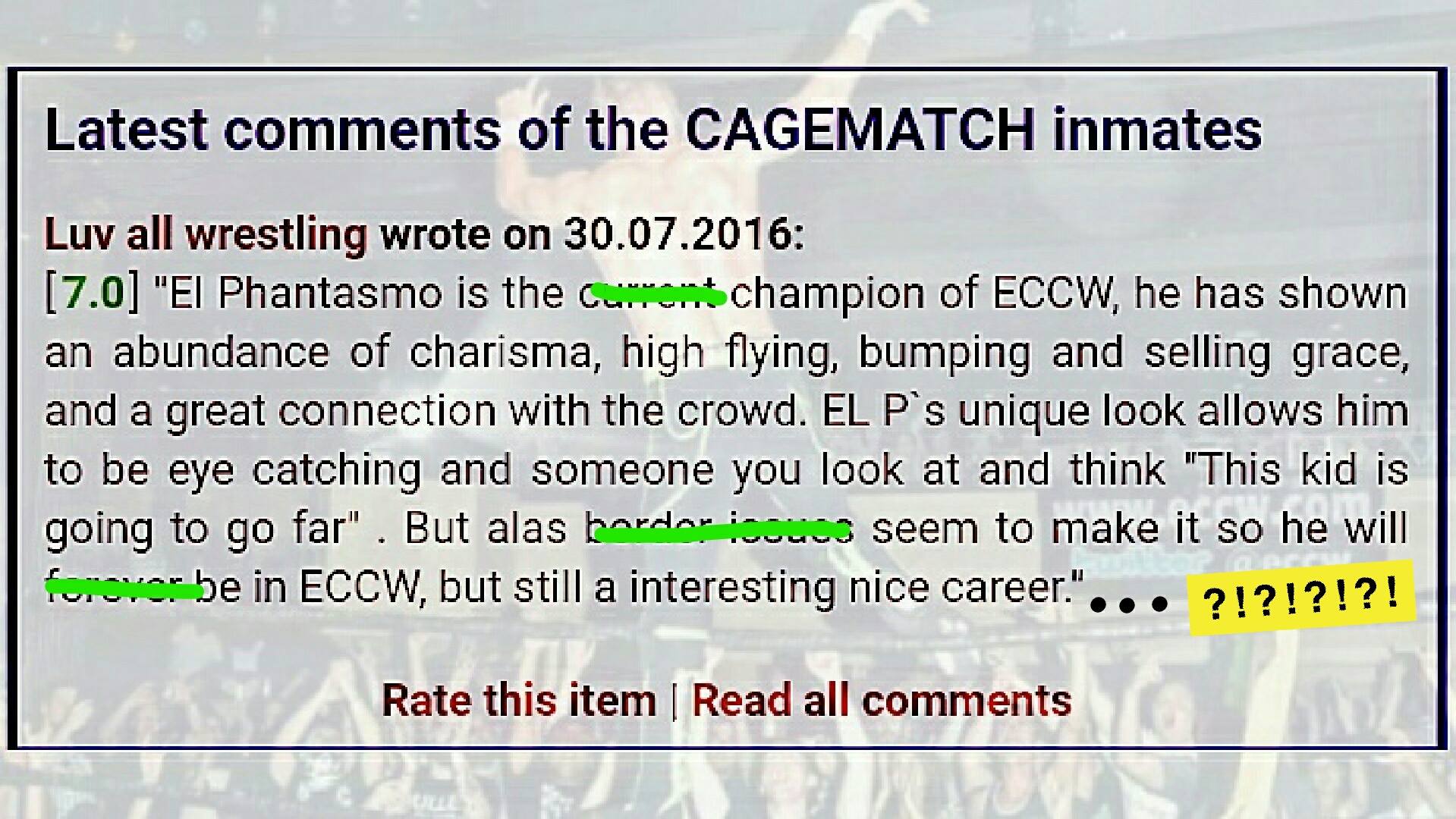 “This quote hit me right in the feels, as my career so far seems to be a giant ‘what if?’. I get more support and encouragement from the fans than I give myself that if I didn’t give it a proper shot, I’d let them and myself down. So I went out and got myself a UK work visa. Going from headlining shows to going to shows hoping to be booked. I don’t even have a place to live yet, I don’t have any matches confirmed… I am giving up everything for nothing, for a shot at everything.”

You can almost hear Eminem belting out a line about mom’s spaghetti at this point. Still, it’s a scary prospect to head into the unknown like this, but El-P likes it.

“I’m looking forward for the challenge of going from one of the top guys here, to being an unknown there and having to prove myself to a whole new audience. I’m excited to see how my persona evolves and I can’t wait to get in the ring with so many talented guys over there in the UK. One of the things I love most about professional wrestling is the electric atmosphere the crowd and the wrestlers combine to create. The UK crowds are notorious for being some of the loudest and I can’t wait to be in the middle of it.”

Even though the chances of success are so slim in wrestling?

“I’m not afraid of going over there and failing, I’m afraid of thinking “what if?” for the rest of my life. I have no idea what will happen, but I know I have the talent and with the support from the fans, anything is possible. This is the first time in my entire career I’m giving 100% to wrestling, and if those before me are any indication, the future has no limits.”

“Those before me” include names such as Kyle O’Reilly, Nicole Matthews, and the Bollywood Boyz, amongst others. All of whom trained together when they first got into wrestling.

“I started in 2005 kind of by accident. I was in film school and I had to make a corporate video for a class, and Arty (fellow wrestler Artemis Spencer) helped me get in contact with ECCW. As I was filming this project, they had a training class starting up around the same time, and I thought to myself ‘I can do this.’ I think we had the passion and hard work that I haven’t seen in classes since, and that’s what sets us apart. The blood, sweat and tears we shared together gave us a special bond and it’s a huge part of why we are the most decorated class in ECCW history.”

Riley is set to take off for the UK in June, but he still has a couple of local dates left should you want to watch the neon green fly through the air one last time in BC for the foreseeable future.

“My last two dates in BC are May 26th for ASW in Cloverdale, and May 27th for ECCW in New West (21st Anniversary show). While I’m sad I’m going to miss Ballroom Brawl for the first time, I’m very excited to see who will step up to the plate and steal the show.”

If 2016 was any indication, keep an eye out for pulse bursting bass and neon colors emanating from the UK in 2017. It might just be your favorite wrestler, El Phantasmo doing his thing.

Should you want to follow El Phantasmo on his journey, make sure to give him a follow at @elpwrestling.