I think I fell under a spell. The spell that Shary Boyle and Christine Fellows cast on Vancouver on the night of February 18, 2015. These two complete artists, who have been collaborating since 2005 enchanted the audience of Western Front with their new 45-minute piece. On a sold out night, Boyle and Fellows presented Spell to Bring Lost Creatures Home, an intense imaginative performance that the two artists developed for almost a year.

Visual artist Shary Boyle – whose practice includes performance, drawing, painting and sculpture – and songwriter and poet Christine Fellows, engaged the public with a passionate multidisciplinary show, premiered in the Northwest Territories in October 2014. Boyle and Fellows, two storytellers, told us stories of people, childhood, aging, nature and environment. They invited spectators on a shadowy voyage.

The handcrafted piece, started with an overhead projection of an image in the background, while the two women, linked with a rope, walked in. Boyle was dressed in white with a wolf silhouette mask on her head, and Fellows wore a black outfit and a black-house-shaped mask. Immediately, they create the ambience that accompanied their stories.

An ambience composed of figures the two artists brought to life. Fellows gave voice to them through her songs and the music of a ukulele and a keyboard, whereas Boyle practiced different techniques of what she calls “live projected art”. Paper shadow puppets, voices, bodies, images, and music gave us back wonderful images. 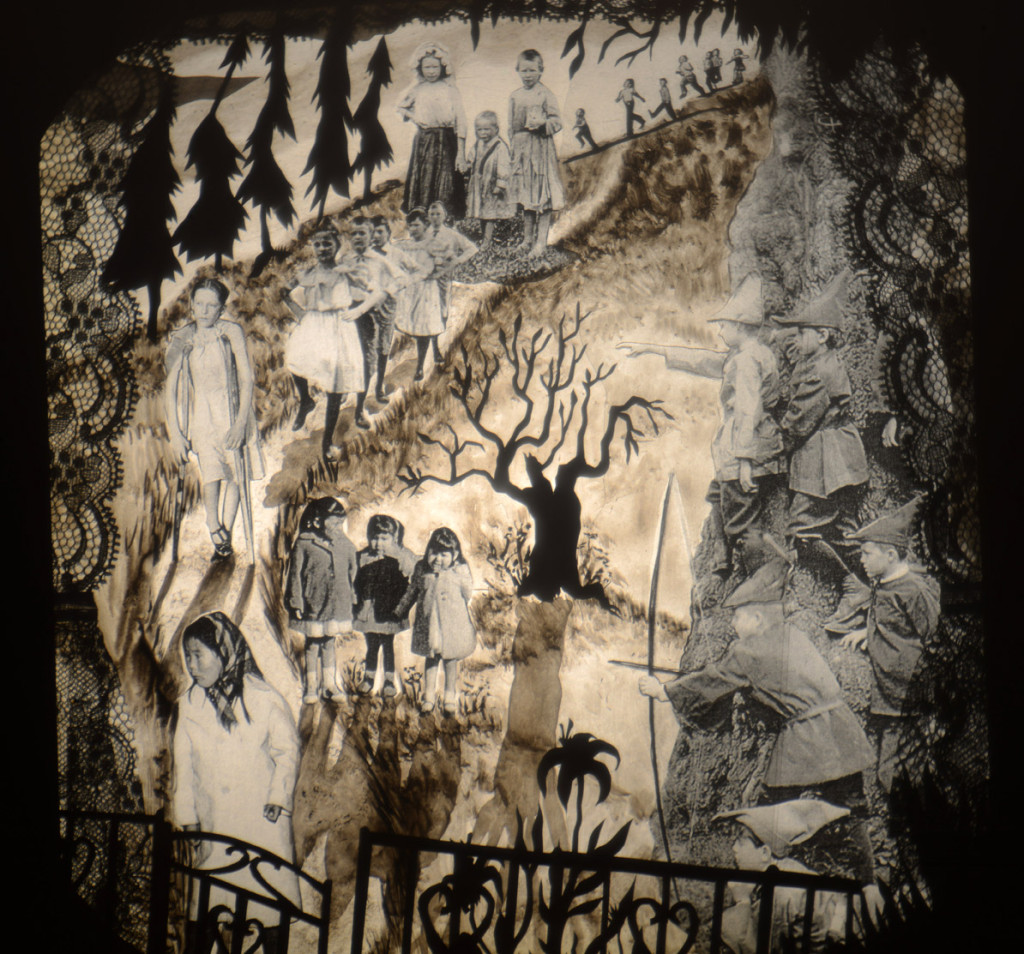 Part of the piece was dedicated to water, investigated from different perspectives. First, explored as a natural element, water was poured directly into a container and then projected. Fellows sang, while Boyle moved, with small vibrations, the container of water. It was like a revelation: the movement of water became visible and it was so clear that audience could dive into it. Thanks to some drops of green ink, bubbles and waves appeared; finally a project jellyfish emerged. It was literally swum in the water, moving its little tentacles, thanks to Boyle’s ability. 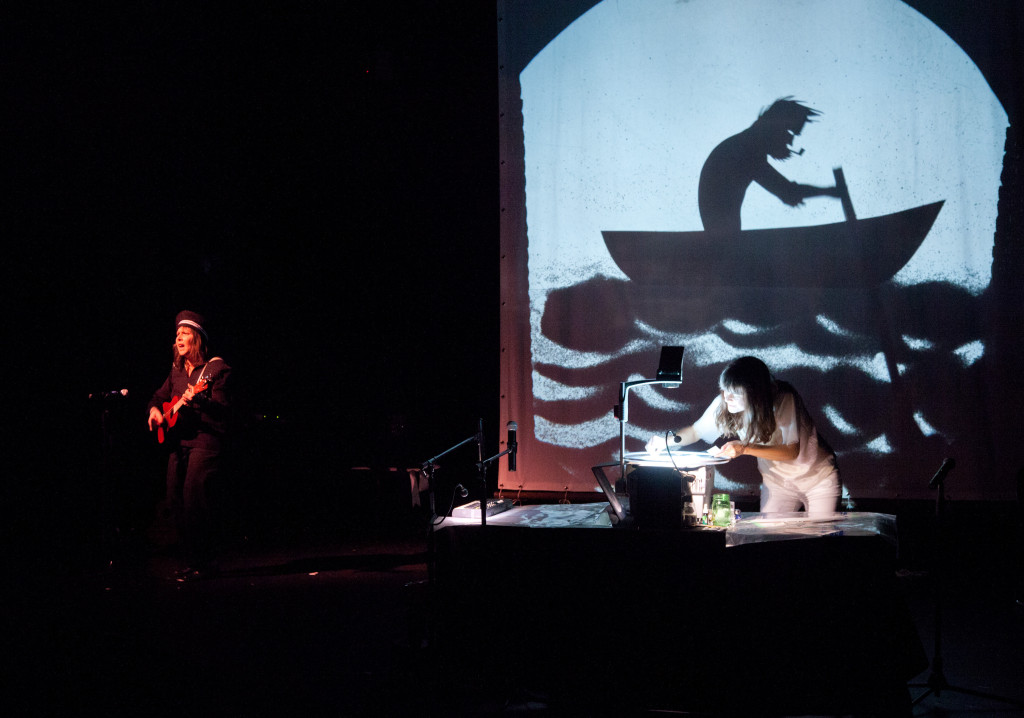 At the end, the two artists left the stage, walking and singing down the hallway. They left, but the recorded echo of their voices was audible; the same happened with the echo of their images and tory that, even now, resonates in me. They cast a spell that captured the audience in an intense journey that won’t be leave us for a long, long, long, long… period of time.