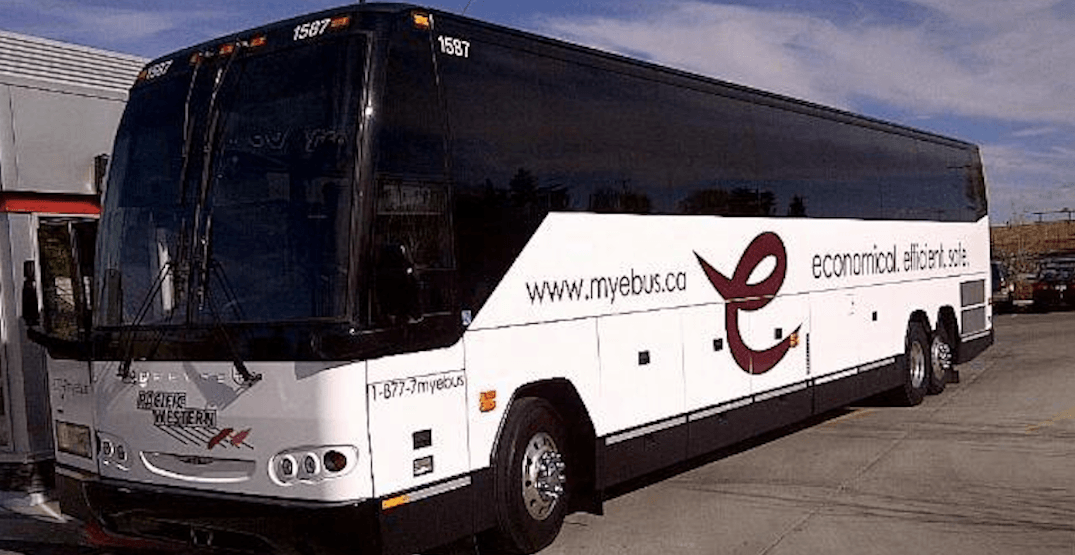 After announcing earlier this year that it had applied to take over operation of BC bus routes that will soon be left without Greyhound service, Ebus has received the first phase of application approval from the Passenger Transportation Board (PTB) to do so.

In the pending application approval, the PTB said it found the applicant (Ebus) “to be a fit and proper person who has the necessary skills and infrastructure in place that would indicate that they are capable of managing and providing the additional service.”

That service would include service from Kamloops to Vancouver, with two departures a day from each city. Stops along the way would be allowed as well, in Merritt, Hope, and Chilliwack.

The company also wants to add two departures from both Vancouver and Kamloops via Kelowna in the morning and afternoon. This schedule would allow for travel between Kelowna, Vernon, and Kamloops.

Earlier this year, Greyhound Canada announced it will only continue one route in BC and cancel all bus and freight services in Alberta, Saskatchewan, and Manitoba.