This is the second article in a series highlighting local Vancouver food producers who have a mission to enhance our relationship to food.

Their products are nutritious, delicious and made with you and the environment in mind.

Do you love chocolate? Glow Goodies & Raw Chocolate is a local food producer making phenomenal chocolates that are decadent, rich and smooth with great flavour. The best part? They’re a guilt-free way of indulging in chocolate that actually benefits your health, including love-promoting ingredients! 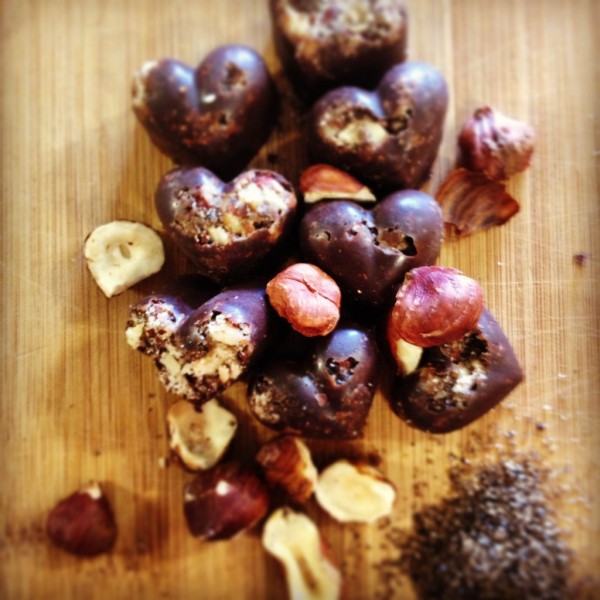 One of the factors that makes Glow Goodies & Raw Chocolates unique is their use of only raw, whole food ingredients, or in other words, ingredients that are as they are in nature. As Beyer explains, “Cacao originates from Central America and has been consumed as medicine and for spiritual purposes for centuries by the indigenous people of the area. Traces of Theobromine, an alkaloid found in raw cacao that gives this blissful substance it’s superfood quality, have been found in bowls dating as far back as 1900 -1500 BC in Chiapas, Mexico.” 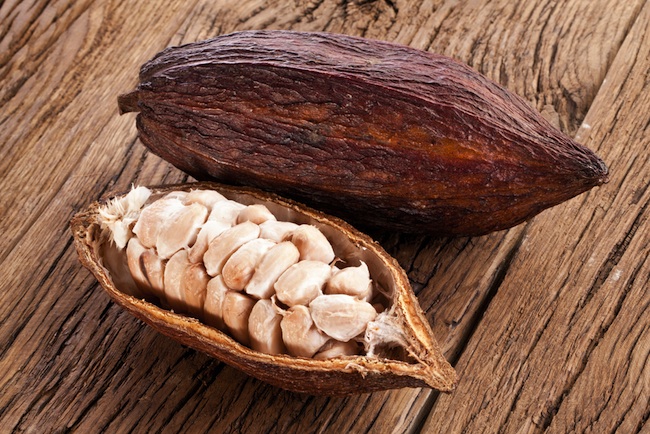 To ensure her chocolates are of the highest nutritional quality and taste, Beyer’s chocolates are made using heirloom raw cacao beans, ground up with raw coconut oil, super foods, spices, BC-grown stevia and Canadian maple syrup.

“The cacao in conventional chocolate comes from a “genetically divergent” plant meant to replace cacao called CCN- 51 whose potency of alkaloids and antioxidants is diluted,” explains Beyer. In addition, conventional chocolate is combined with milk, soy, sugar and other additives to enhance the flavour, which makes it unhealthy. 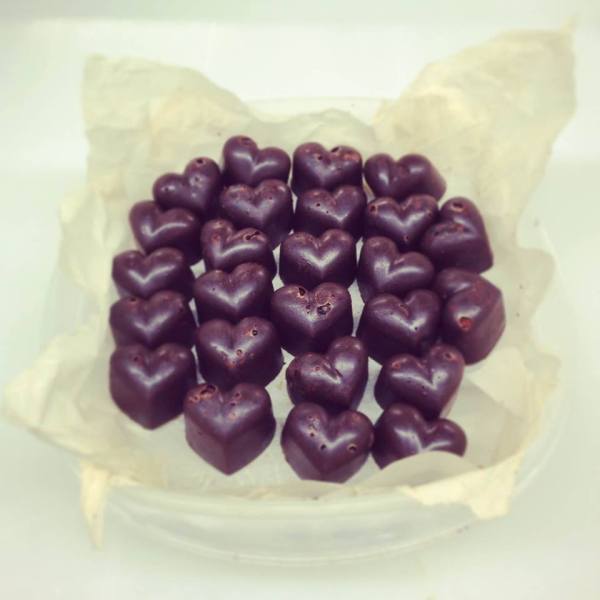 Most importantly, as Valentine’s Day approaches, many of the natural ingredients in Glow Goodies & Raw Chocolates have love promoting properties. Maca was also traditionally used by the Aztecs for being a natural aphrodisaic. Other spices included in Glow Goodies & Raw Chocolates’ chocolates that also have aphrodisiac qualities are vanilla, cordyceps, raw cacao and cinnamon, too.

If the health qualities weren’t reason enough to be eating Glow Goodies & Raw Chocolates, Beyer also believes in supporting local suppliers whenever possible. Ingredient flavours differ depending on the climate, the type of soil in which they’re grown, and when they are harvested, so the source is important to the quality of the chocolates.

Beyer’s green leaf stevia is sourced from Suede Hills Organic Farm in Savona, B.C.  Stevia is a plant, with characteristic bright green leaves, and this variety is much different than some of the commercial varieties available on the market. Cindy Levington, one of the owners of Suede Hills, explains that the difference between green and white stevia is that the latter has been through processing to remove the green colour, and that the bitter aftertaste some people associate with stevia is likely from what is added to it, not the plant itself. 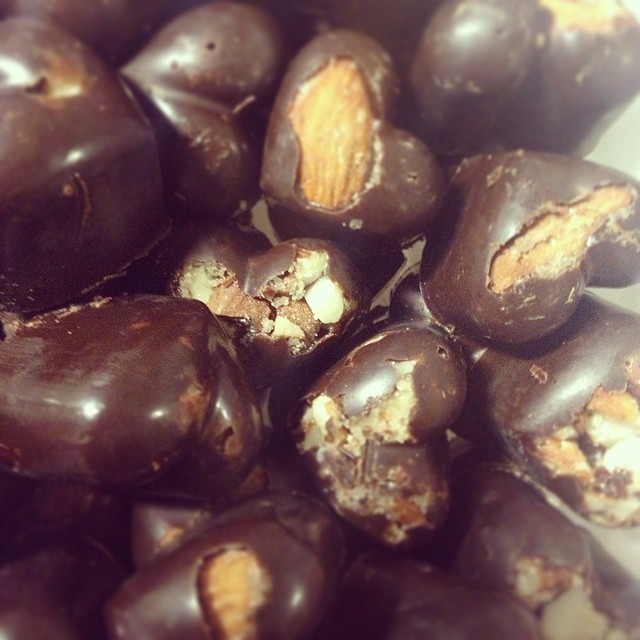 Pick up your Glow Goodies & Raw Chocolates at independent retailers such as: