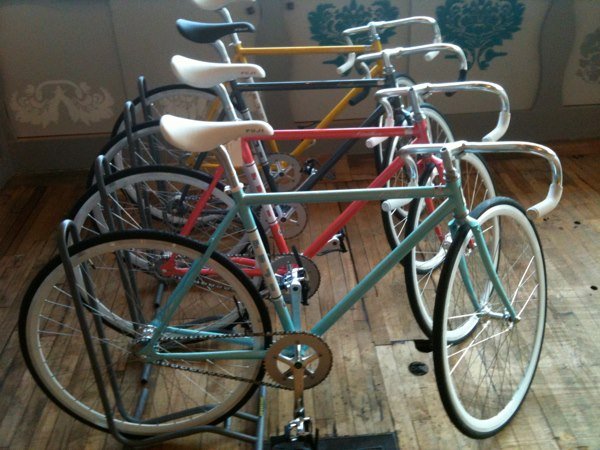 The East of Main team is an organization of volunteers who aim to create an online and offline group which combines diverse ideas, cultures and lifestyles of East Vancouver. Their first tweet up, which happened three years ago, was a huge success and tickets were sold out fast. For those who don’t know what a tweet up is, it is an event where people who interact on Twitter finally get to meet each other face to face; the event is also a perfect time for networking.

#EastVanLove aims for their audience to gain more exposure of the unique and vibrant culture that East Vancouver has to offer and how its culturally rich history has led to the community now.  Michael Klucker, the author and artist of Vanishing Vancouver: The Last 25 Years and also this year’s #EastVanLove’s co-host will be delivering the history of East Vancouver along with other speakers, John Atkin (Walking Tours of Vancouver), Am Johal (SFU Vancity Office of Community Engagement), Jason Vanderhill (Illustrated Vancouver), Naveen Girn (Vancouver’s Bhangra’s Story) and a special speaker which will be announced. The event will also have an in-person and Twitter live feed panel discussion for the speakers to answer any questions from the audience, the panel discussion will be coordinated by Hanna Cho (Museum of Vancouver). There will also be a trailer screening of a new web-series called The Drive which will about five roommates who are struggling in figuring out their live’s paths while they all live on East Vancouver’s Commercial Drive.

Ticket proceeds will be donated to a local community organization which have presented at a previous tweet up. Purchase your ticket and come to #EastVanLove and learn more about what this unique community has!

Contest ends April 9, 2013. Two winners will be chosen at random. 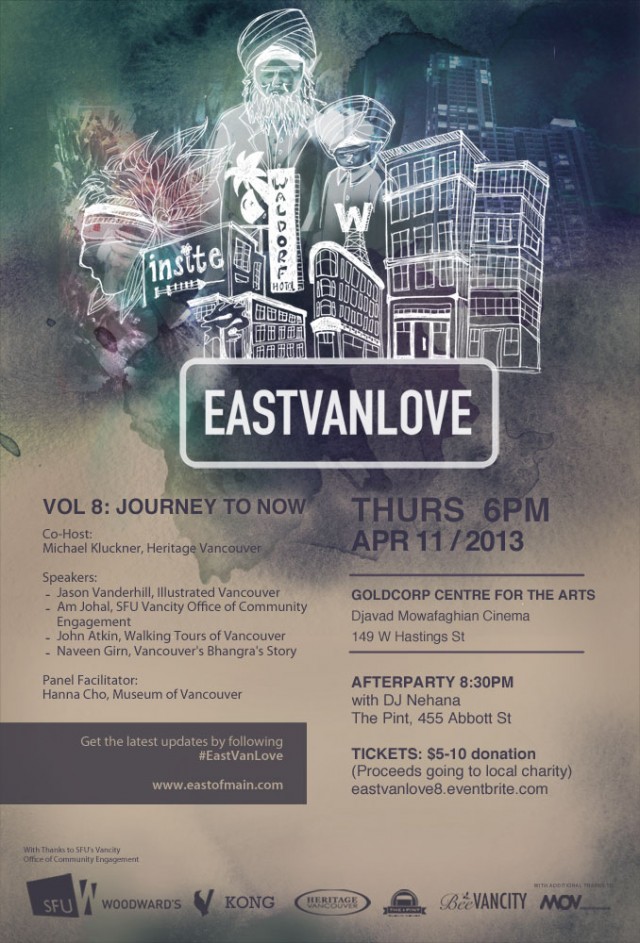