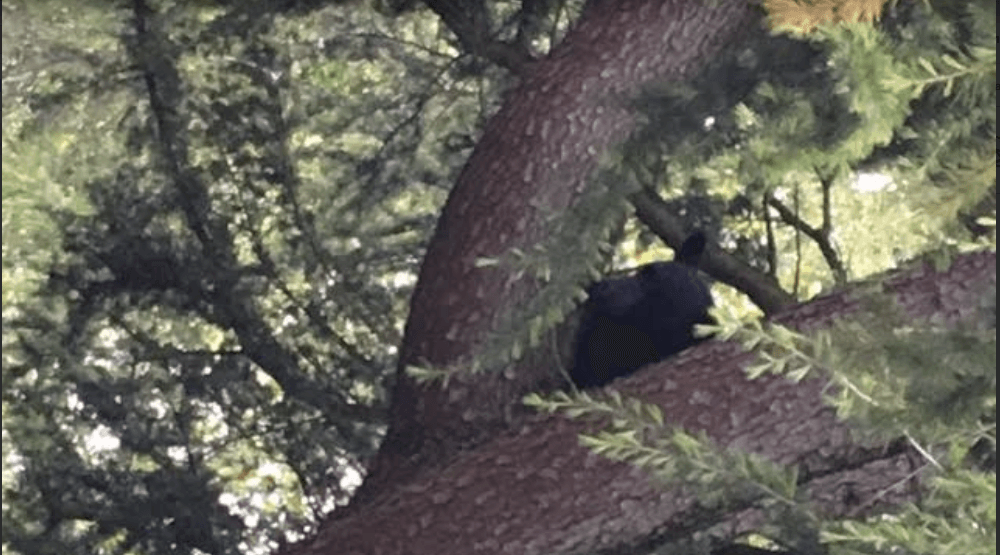 The bear hid in a tree on East Pender Street, before being tranquilized and relocated out of the area (Police handout)

Residents of an East Vancouver neighbourhood had an unexpected visitor on Friday morning.

Just after 6 am, a bear was seen wandering in the area of East Hastings and Renfrew Street.

The young bear then “concealed itself in a tree,”  in the 2900 block of East Pender Street, said the VPD in a release.

Conservation officers were called in and tranquilized the bear, which will now be safely relocated outside of the city.