A community planting of chardonnay grapes in East Vancouver has been torn up, after a complaint led the city to find the grapevine project violated bylaws.

The grapes were planted last May at 28th and St George in a local effort to beautify the area, bring neighbours together, and eventually produce local wine.

But in December last year, the city received a complaint about the wires being used to secure the vines to poles “close to head height.”

City officials said the structure violated Vancouver’s Encroachment Bylaw and told community organizers to remove the vines, or they would do it for them.

This week, after a second warning in February, the community finally gave in and ripped up the vines.

One of those who helped plant the grapes was Mark Simpson, an award-winning Okanagan winemaker and owner of East Vancouver’s BC Wine Studio, who lives in the area.

“What I thought was a beautiful community asset has been deemed an unsafe structure by the city,” Simpson told Vancity Buzz. “It’s a real shame.” 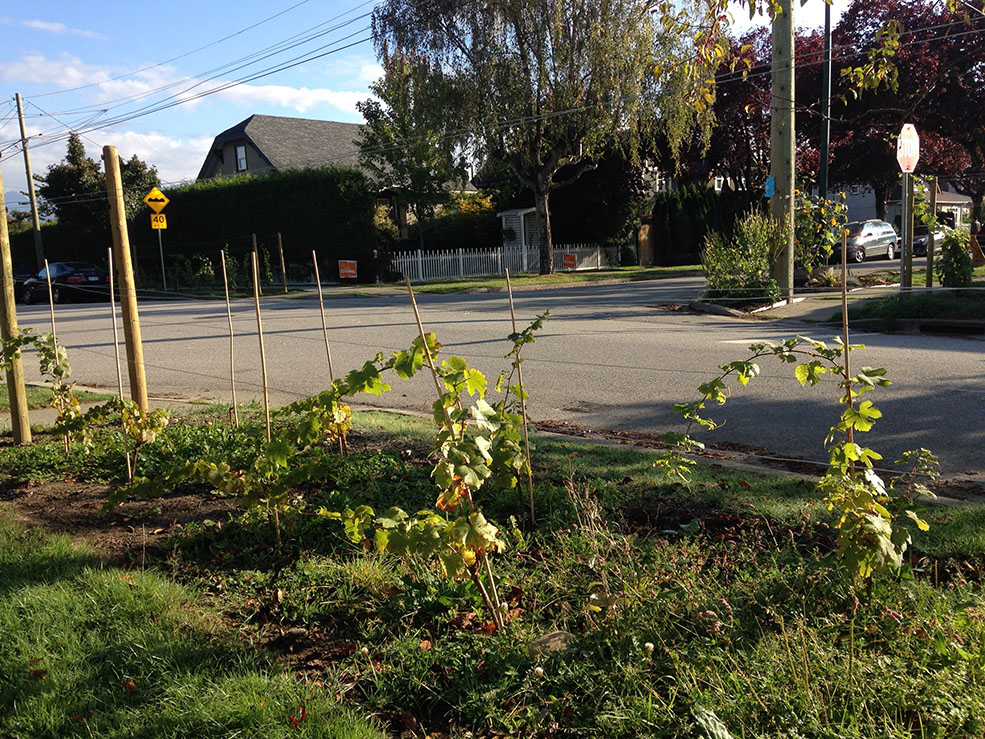 Ironically, Simpson says he has the same vines growing in his backyard only four doors away, but since they are on private property, they are completely legal.

Fellow neighbour and community volunteer Mike Klassen says he was shocked to see the vines ripped out.

“The East Van wine grapes were such a cool idea,” Klassen said. “I wish the city would reconsider as it is community initiatives like this which make Vancouver a better and friendlier place.” 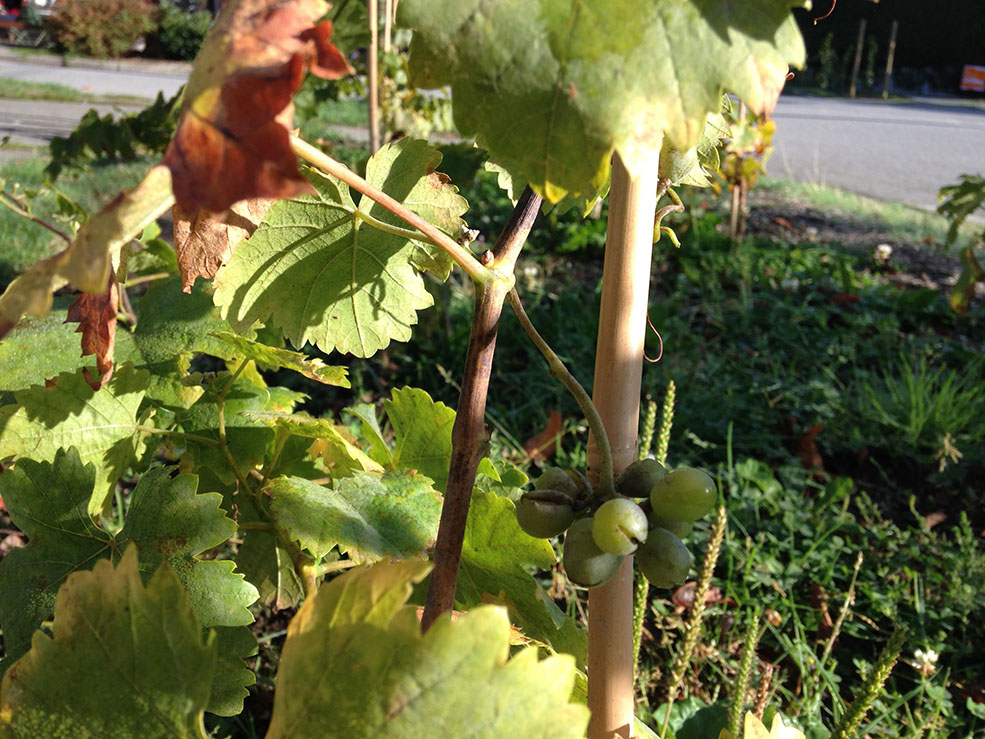 The fledgling grapes would have yielded their first harvest – and wine – in 2018. (Mike Klassen)

In a statement the city said it still encourages “boosting the character of neighbourhoods and building up Vancouver’s green space by beautifying boulevards, traffic circles, and street-corner bulges.”

Simpson says he doesn’t bear any ill will towards the person who complained, and he knows the city is just doing its job.

But he is saddened by the outcome and worries about what sort of city Vancouver is becoming.

“How to feel connected to your community, how to make friends with your neighbours and learn?”

“When someone plants a community vineyard, it should be celebrated by the city and not torn down.”