A 4.5 magnitude earthquake was recorded about 200 kilometres west of Vancouver Island, according to the U.S. Geological Survey.

The earthquake was about 17 kilometres deep, was closest to Tofino, and occurred at about noon on Tuesday, January 19.

There’s no report of damage or whether anyone felt it on Vancouver Island.

A magnitude 4.3 earthquake was recently felt in Vancouver on December 29. The epicentre was about 19 kilometres northeast of Victoria and was nearly 59 kilometres deep.

That earthquake resulted in the SkyTrain’s Expo and Millennium lines shutting down for approximately an hour as a safety precaution to ensure the elevated guideways were not damaged by the tremors. 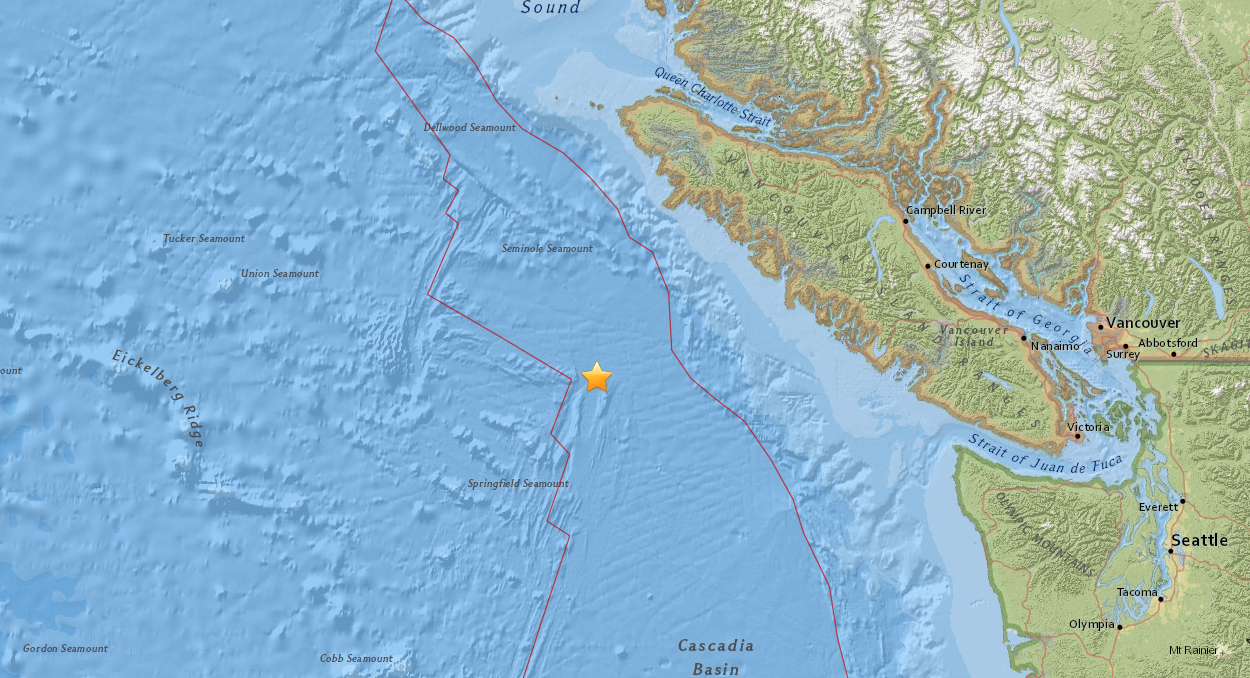