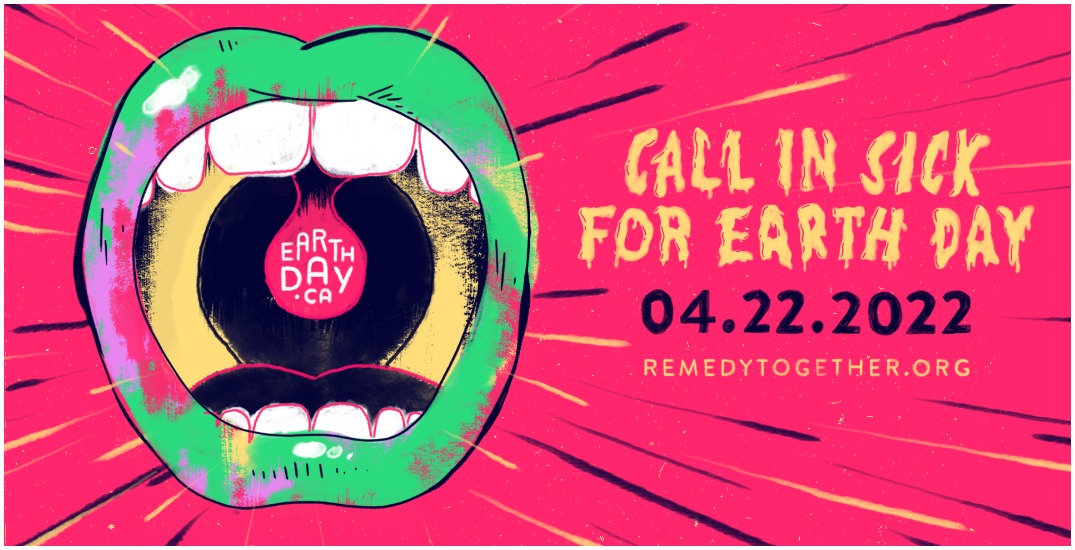 A campaign released by Earth Day Canada is encouraging Canadians to take action by calling in sick on April 22. The charitable organization partnered with creative agency Sid Lee on a video to highlight a condition called eco-anxiety.

There’s little known about eco-anxiety, and it’s not currently a diagnosable mental illness according to the Diagnostic and Statistical Manual of Mental Disorders (DSM). However, according to Brock University “mental health professionals and researchers are increasingly looking into the impacts of climate change on mental health and ways to combat and treat feelings of eco-anxiety.”

Some of the symptoms include insomnia, depression, anger, and feelings of helplessness.

Earth Day Canada are pushing their action oriented campaign for folks across the nation to declare themselves symbolically sick so that they can take part in group therapy activities or positive actions for the planet.

As part of the initiative, the organization have launched a dedicated Remedy Together website as a way for Canadians feeling eco-anxious to find their voice and call in sick. Once users fill out a simple form, they’ll receive an email stating that they’re taking action against climate change and will be taking the day off work.

Included in the email is a calendar of activities and events happening across the country.

So far more than 400 Canadians are calling in sick on Earth Day.  Will you be joining them?