This morning Electronic Arts announced which hockey legends they are bringing out of retirement for NHL13.  They include two  hall of famers and the most explosive goalie in NHL history. Along with them are two other legends who are easily the most recognizable faces in the world of Women’s hockey.

Being added to the game are Hockey Hall of Famers Doug Gilmour and Jari Kurri, alongside legendary goalie Dominik Hasek.  I’m most excited to see The Dominator, one of the league’s most entertaining goaltenders of all time, as he sports NHL13’s new goalie system (and 1000 new animations).  Check out this video of James Banting, EA Sports Engineer, as he explains how they’ve improved your team’s last line of defence. Then imagine The Dominator doing all of that. 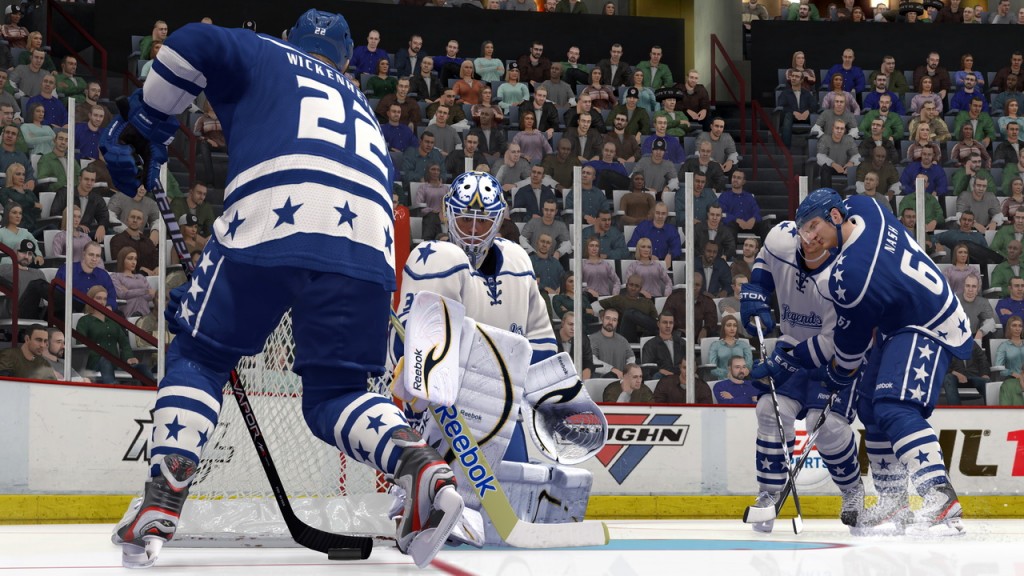 The immense support of female hockey, especially in Canada, is being recognized this year through the addition of two Olympic legends. Hayley Wickenheiser (who won gold for Team Canada in the 2010 Winter Olympic Games in Vancouver) and Angela Ruggiero (from Team USA) will be playable legends in NHL13. These ladies are the most recognizable players in women’s hockey and they are both decorated with 4 Olympic medals each.

“The EA SPORTS NHL franchise took a big step last year by including female characters to create a more inclusive experience for female hockey fans,” said Hayley Wickenheiser. “I’m excited to be a part of NHL 13 and hope that the addition of women’s hockey legends will encourage greater participation in hockey from young women everywhere.”

You’ll be able to put  any of these legends into your own dream team in a number of ways as they will be playable in three different game modes: Be a Legend, Legends Teams and Hockey Ultimate Team. Right now you can try the demo for the game, which is free on Xbox Live and Playstation Network.

For more information on NHL13 visit their webpage: http://www.easports.com/nhl