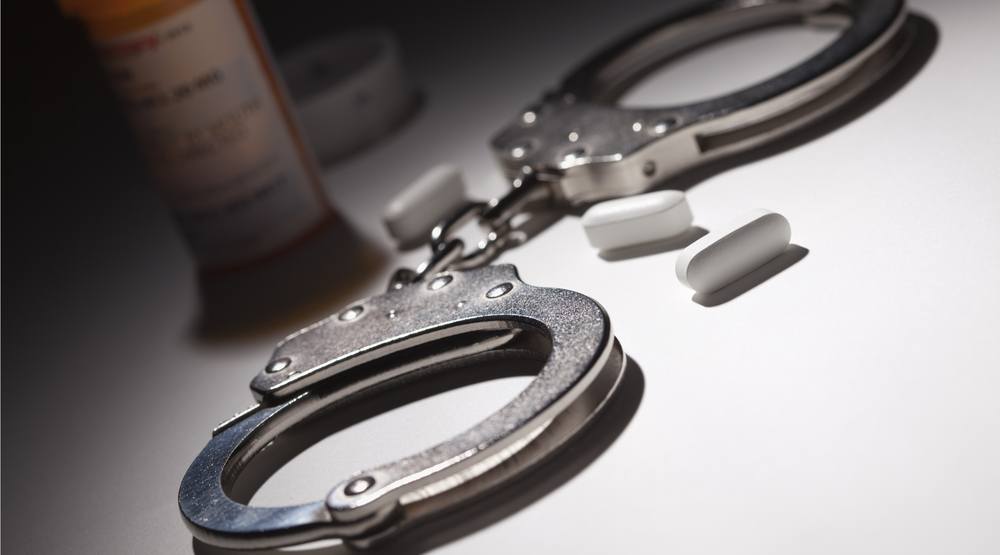 A multi-jurisdictional police investigation spanning several months wrapped up with a massive drug seizure, totalling an estimated $300,000 in street value, this week.

“Several months ago, our street crime unit engaged in a project to investigate suspected drug dealing and on-going criminal activity in New Westminster,” said NWPD in a release.

“Through the course of their investigation, it quickly developed into a much broader drug investigation that expanded into other municipalities.”

The investigation expanded to include collaboration with the Surrey RCMP, Delta Police the Canadian Border Services Agency, the Combined Forces Special Enforcement Unit of British Columbia, and the Lower Mainland Emergency Response Team.

“Several search warrants were executed throughout Surrey and New Westminster, and from those we seized a number of vehicles, a large quantity of cash, multiple firearms, replica firearms, and a large amount of drugs including heroin containing lethal levels of fentanyl and pure fentanyl,” the NWPD added.

“What you see today is only a part of the multi-prong effort the New Westminster Police Department is using to combat the opioid crisis,” explained NWPD Chief Const. Dave Jones. “This includes enforcement, harm reduction, prevention and education.”