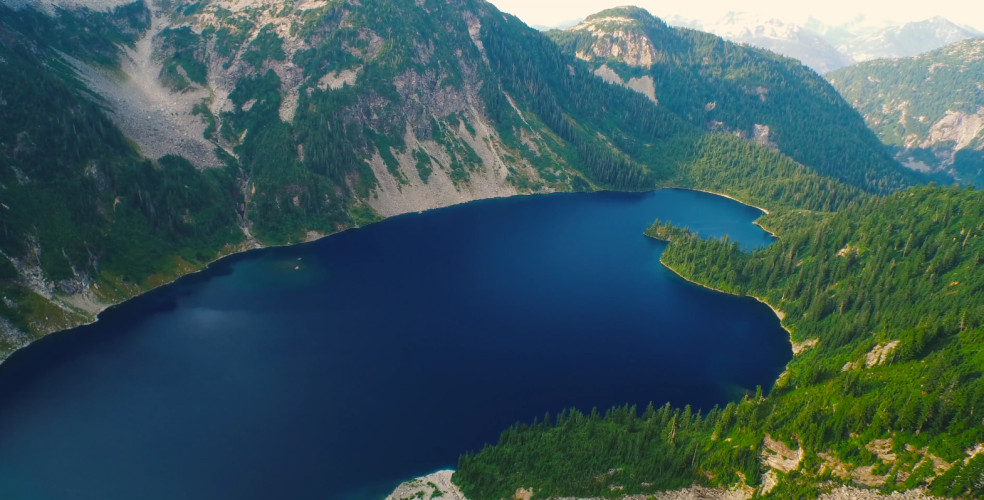 Sometimes all it takes is just a few minutes of aerial footage to remind you that you live in one of the most amazing places in the world.

The video was created by a partnership between commercial pilot and filmmaker Bradley Friesen, Sugarshark Productions, and Levi Allen of Leftcoast Media House, and Transportation Films, captures the majesty and beauty of British Columbia, in the highest resolution available.

Shot in Golden Ears Provincial Park and Pinecone Burke Provincial Park, the film was basically created as a happy accident, after B-Roll footage shot by Sugarshark proved too beautiful not to use.

“They basically had some things on their bucket list, some things they wanted for their demo reel like some ice bergs, some different shots in the mountains,” Friesen told Vancity Buzz. “I just flew them around to some of my favourite spots. We were only out for about two hours with no real intention of making a video.”

After getting a look at the footage they produced, it was decided something had to be done.

“The scenery is obviously amazing, the way the light was,” says Friesen. “We didn’t shoot it as a story, but the visuals on it were so amazing that we had to turn it into an actual video.”

Friesen says that part of the advantage of being a filmmaker in British Columbia is that you have constant access to some of the most beautiful places in the world.

“That you can watch a three minute video of just a drone flying around the mountains, and be captivated by it, is a testament to where we live and what we have right in our backyard,” he says.