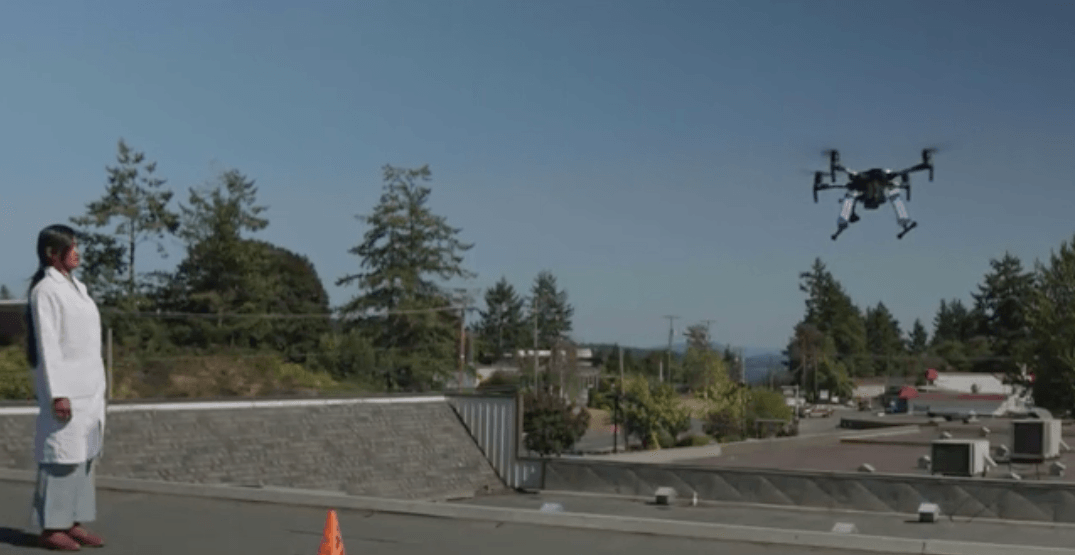 The delivery was part of Transport Canada’s BVLOS Drone Trials Project, which began in 2018. The proposal focused on testing BVLOS capabilities over open water and partnering to test the delivery of prescription medications to remote areas.

Along with London Drugs, Canada Post was selected along with InDro Robotics in 2018 to participate in Transport Canada’s BVLOS Drone Trials.

The operational data obtained from the August 19 trials will be used by Transport Canada to inform BVLOS regulations moving forward in Canada. As part of the ongoing testing, Canada Post is simulating deliveries over bodies of water, icy roads, and challenging terrain to temporary camps and other remote locations.

“We are proud to have been selected to participate in the first trial of a Drone delivery of this kind in Canada,” said Chris Chiew, general manager of pharmacy, London Drugs. “The ability to provide medications to patients in remote areas that would otherwise have to travel hours to obtain pharmacy service is significant in so many ways.”

With this trial now complete, Chiew said “in the very near future, we will be able to provide delivery of prescription medications to an abundance of areas not accessible by vehicle.”

The delivery of prescription medications by drone to rural areas “will be of great advantage to communities across the country including Northern Canada and as well to hospitals in remote communities where drones can land on hospital Helipads,” said InDro Robotics CEO, Philip Reece.