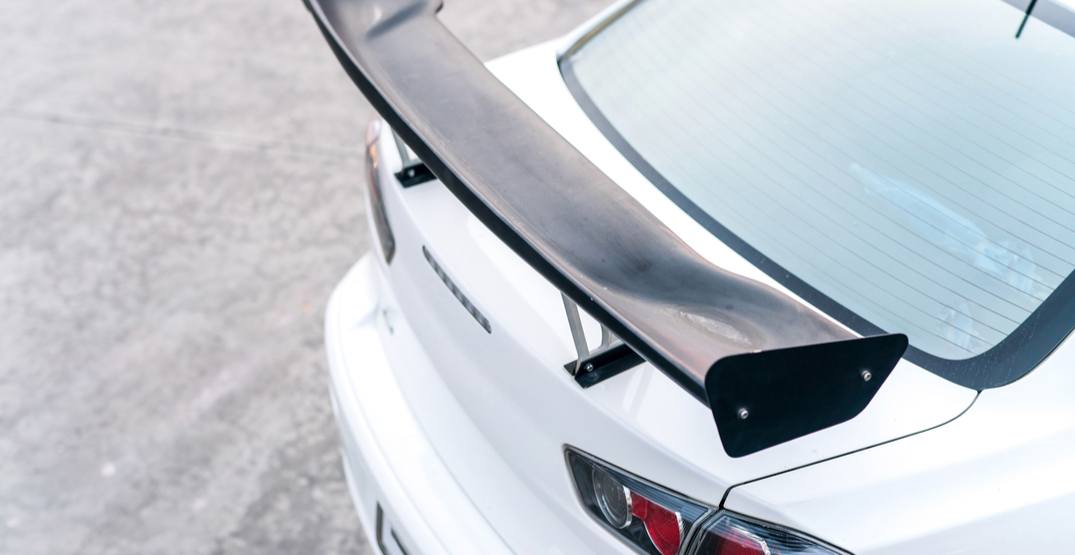 Metro Vancouver drivers with modified cars are concerned about what they believe is an increase of vehicle inspection notices “unfairly” being handed out by police officers.

Car owners with vehicles that have added parts like spoilers or louder exhaust pipes say they have been targetted by police in the recent months.

Logan Cote said about three months ago, he was driving his recently purchased 1991 Nissan in Abbotsford. The car had been only been in his name for a day and a half.

“I was just driving during the day time grabbing a bunch of parts for my car… minding my own business and there was an officer in the opposite direction of traffic with someone else already pulled over,” said Cote.

He says the officer heard his car because it has a louder exhaust system and got back into his cruiser to chase him down through multiple lanes of traffic.

From there, Cote said he was pulled over and the officer said his exhaust was too loud, his car was too low, and the suspension needed fixing.

“He comes back to my car with an inspection notice for a Box 1 vehicle inspection — which pulls it off the road and he requested a full inspection of the vehicle top to bottom, inside and out.”

Cote said he was also fined $109 for an “excessive noise violation.”

Even though Cote was a few blocks away from home, the officer instructed him that his vehicle needed to be towed. Cote said the towing company that was called by the officer damaged the front of his vehicle.

“[The tow company] absolutely destroyed the front end of my vehicle while loading it on to the flat deck .”

Cote says that now his vehicle is damaged and requires inspection, it will cost even more money and time to get it back on the road.

Jeff Elworthy told Daily Hive he also experienced a similar situation when he was driving his modified 2001 Audi A4 in Vancouver last November.

Elworthy said a VPD officer pulled him over because his exhaust was too loud.

The officer refused and proceeded to issue Elworthy a ticket for “failure to have required muffler.”

Sgt. Jason Robillard with the VPD told Daily Hive that officers are focusing on “educating motorists in regards to vehicle’s that are unsafe or ones that have illegal modifications.”

“Enforcement (issuing a violation ticket) is generally the next step after educating but sometimes a necessary step,” he said.

“If our officers are noticing an increase in unsafe vehicles after education and enforcement efforts, then we may choose to issue a notice and order, ensuring that the unsafe vehicle is inspected by a licensed mechanic.”

According to Robillard, a notice and order or a violation ticket or both may be issued in the first instance.

“But generally speaking we aim to first educate drivers,” he said.

When it comes to options for drivers looking to fight back against tickets or inspections they believe are unfair Doroshenko says “the cost of taking it to court is prohibitive.”

“No matter what the repair is, it’s going to be cheaper than taking it to court,” he said.

Doroshenko advises drivers to follow through with the vehicle inspection and keep all documents. Then drivers can make a Freedom of Information request to a specific police detachment and the officer who ticketed them.

“The officer is instructed and required to keep notes [about the violation]. They are acting under the authority of the Motor Vehicle Act and they must be to demonstrate that it was necessary and appropriate that they were acting in good faith,” said Doroshenko.

“And if they don’t have the notes about it … you could make a complaint [to the police commission].”