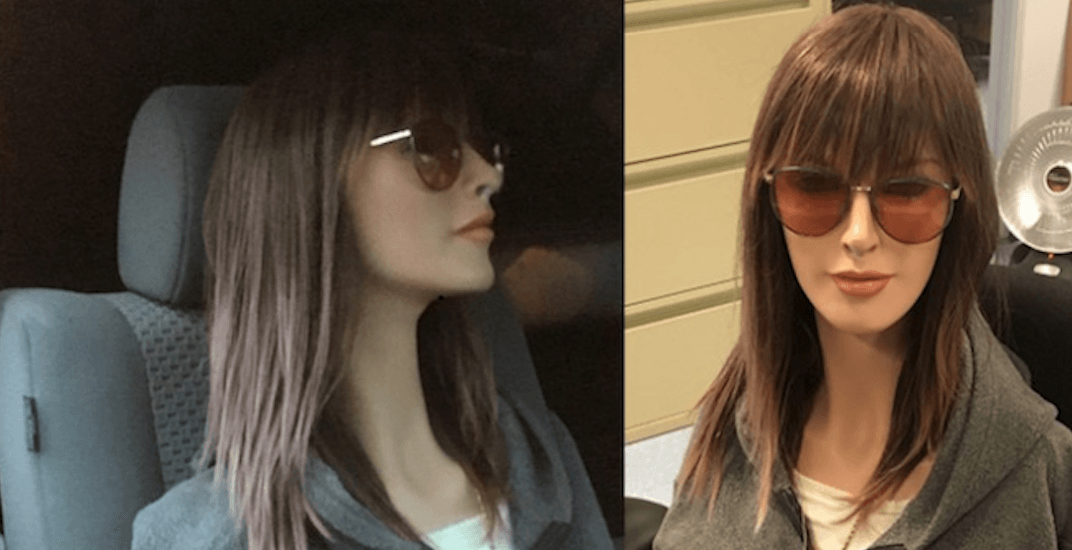 Mannequin found in speeding car on Highway 1 (BC RCMP)

Sure, it may have seemed like a clever idea at the time, but a driver in the Lower Mainland is likely re-thinking his strategy, after receiving “several” tickets for a recent driving offence on Highway 1.

During a routine patrol on February 6, a Port Mann Traffic Services officer noticed the driver of a vehicle travelling “well over” the posted speed limit through the Langley/Surrey border.

The driver reportedly changed lanes without signalling and crossed over the solid white line into the High Occupancy Vehicle (HOV) lane where it was stopped by police.

While speaking with the driver, the Port Mann Traffic Services officer noticed that the vehicle had a “very unusual” passenger – a fully clothed, female mannequin.

“We routinely conduct patrols on Highway 1 to enforce all the traffic laws, including HOV violators,” said RCMP Cpl. Garth Domm of Port Mann Traffic Services. “This is one of those cases where the RCMP got their mannequin.”

In addition to issuing multiple tickets to the driver, police seized the mannequin “to prevent the continuation of the offence of Illegal Use of HOV lane.”

The passenger, Domm added, “exercised the right to remain silent.”