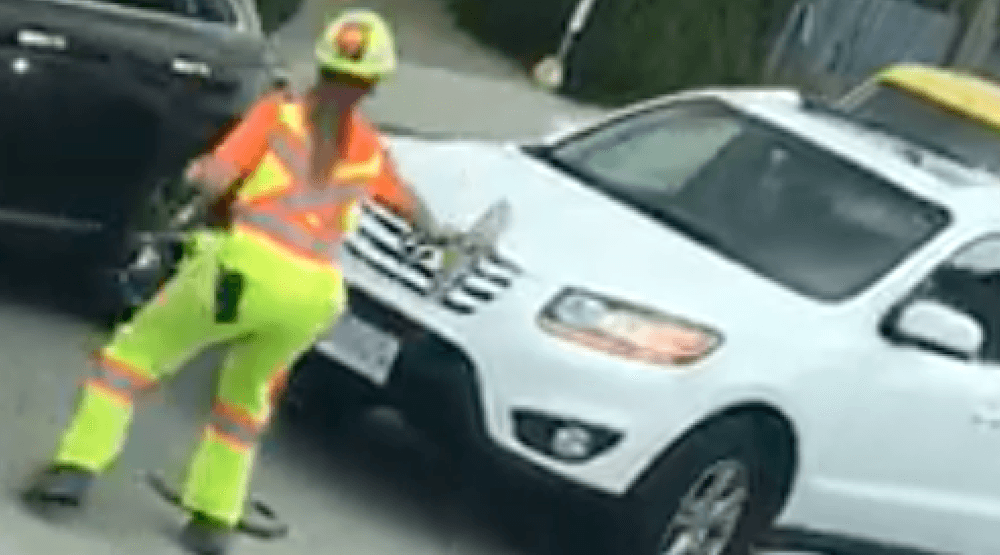 A 38-year-old has been charged following a hit-and-run incident involving two flaggers in Burnaby.

The incident, which was captured on video, took place on 10th Avenue near Kingsway at around 11:30 am on Wednesday, June 28.

Burnaby RCMP confirmed at the time, that one of the flaggers had suffered serious injuries in the incident.

A woman was arrested near the scene and now charges have been approved against 38-year-old Brenda Ouma Aregay from Surrey.

Burnaby RCMP is asking anyone who has any information about this incident to contact Burnaby RCMP at 604-294-7922, or if they wish to remain anonymous, call Crime Stoppers at 1-800-222-TIPS or submit a tip online at www.solvecrime.ca