Darren McKay – the now 47-year-old owner of East Vancouver’s Dream Cycle – recalls the exact moment he realized what he wanted to do with his life. Bouncing between sales jobs at various Toronto bike shops at the tender age of 26, he found himself unemployed, with $12 to his name, standing in a No Frills parking lot about to purchase enough Tang and no name hot dogs to get him through the week.

“Before entering the store, I started to have an imaginary conversation with my mom, who was constantly telling me to follow my dreams,” recalls McKay. “She taught me at an early age to understand no matter what I did for a living, the most important thing was that I enjoy it.” After a brief back-and-forth, McKay declared quietly to himself: “I want to own the coolest bike shop in the world.” 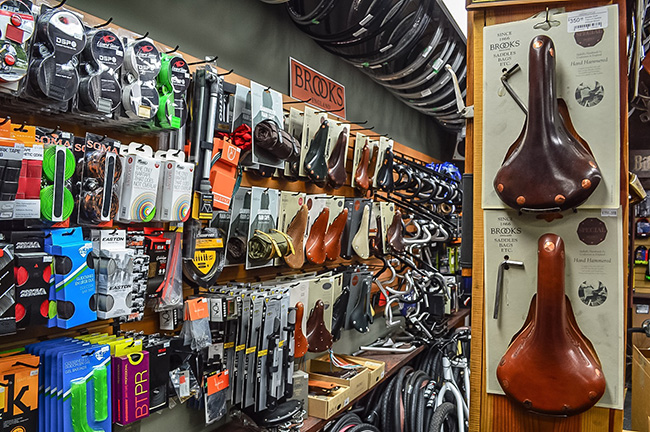 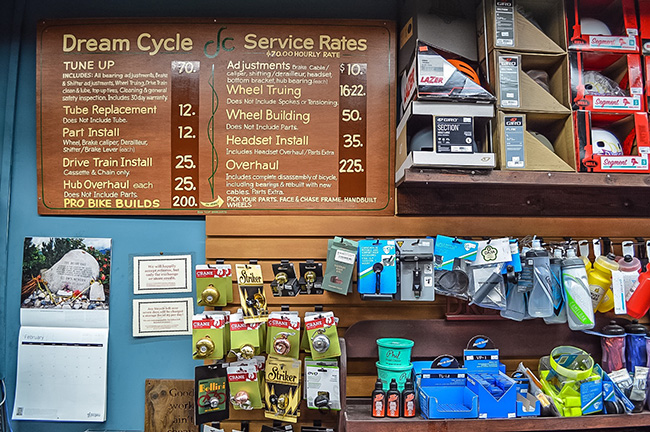 That (rather low) moment of clarity provided McKay with the impetus needed to redouble his job seeking efforts, and within weeks he landed a position at the Cyclepath shop on Yonge Street. He perfected his sales technique by making a point of listening to patrons, addressing their needs, and – after a year of consistently being the best salesperson – found himself promoted to the position of manager. “That experience taught me I could succeed in business simply by staying honest and straightforward with my customers,” says McKay proudly.

With a newfound stability in his life, and that fictional tête-à-tête with his mother constantly on the back of his mind, McKay started looking forward, and – at the urging of a roommate – drafted a five-year plan: “Vancouver was the inevitable choice, because it was one of the few Canadian cities I could bike in year-round,” remembers McKay. “It also seemed like the best market to own a shop, as the demand for sales and service would be more consistent throughout the year.” 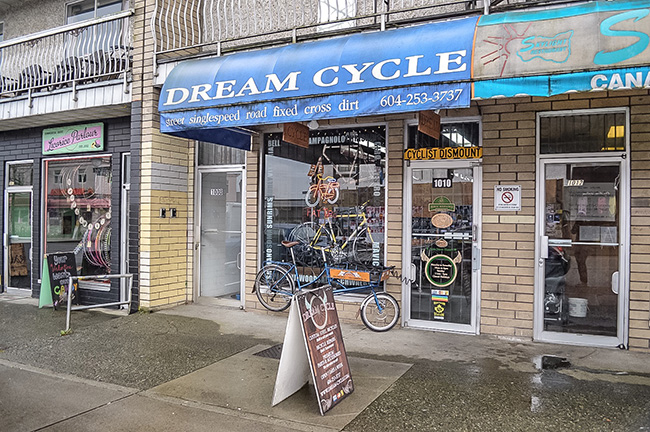 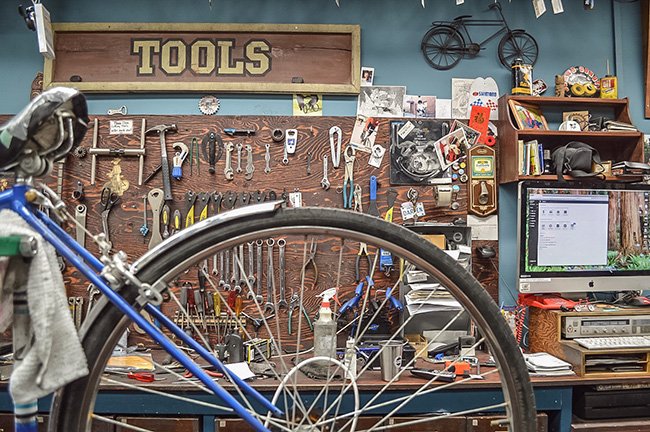 And so, McKay packed up and moved out west in 2003, and landed jobs at both The Bike Doctor (now Bikes on the Drive, at the corner of Commercial Drive and Kitchener Street) and (the now-closed) Ride Away in Kitsilano. It was when he spotted a “For Rent” sign in a shop window a few blocks north at 1010 Commercial Drive that he realized it was finally time to make his move. “The day we opened, we had absolutely nothing on the walls. But over the last ten years, I’ve managed to make this space my own.”

Relying heavily on referrals and word-of-mouth – and the entrepreneurial advice of trusted friends – McKay’s uncompromising ethos of honesty, excellence, altruism, and consistent improvement are the pillars on which he has built a decade of success. He sells about 70 bespoke steel bicycles every year, which – after a lengthy consultation process with the client – are designed and hand-built from the ground up by one of his licensed mechanics, including the lacing and trewing of each individual spoke by master wheel builder Jessica Baba. 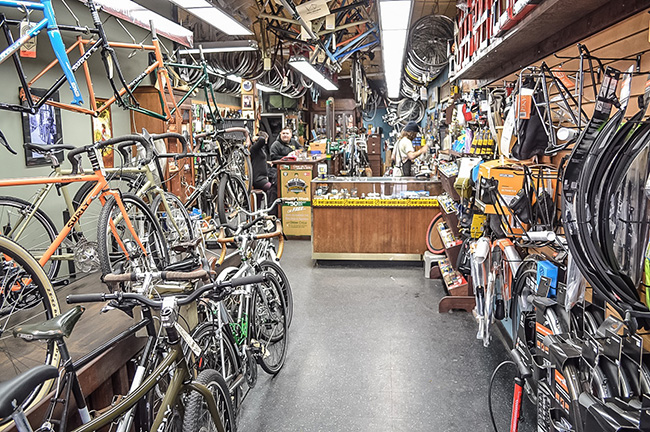 That hardnosed commitment to perfection has created a fiercely loyal client base, many of which maintain a personal relationship with McKay and his staff. “I live vicariously through my customers,” admits McKay, who proudly features many of their custom builds on his website. “We even built one bike for a gentleman, named Jason Manning, who rode it around the world from Vancouver to Tokyo.”

While McKay has made a habit of throwing a party in the shop to celebrate Dream Cycle enduring another year, with the big ten-year mark arriving in 2016, he decided it was time to fulfill another aspiration of his: “I’ve long been thinking about hosting an event in East Vancouver that would celebrate local bike culture, display the amazing bikes we’ve had the pleasure of building over the years, and highlight the other talented frame builders in the region,” declares McKay. 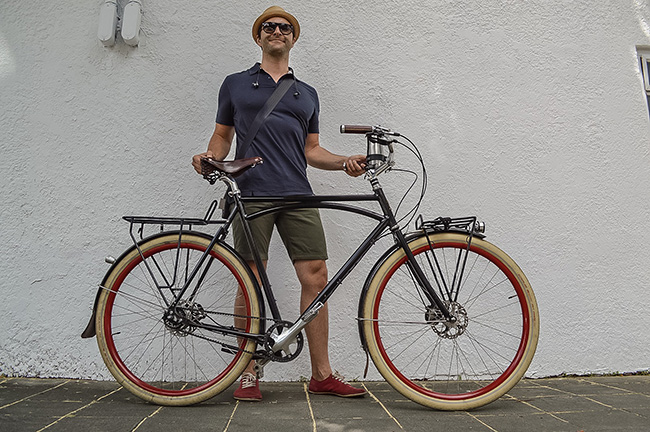 With that, McKay booked the Astorino’s Ballroom on nearby Venables for the evening of Saturday, March 19, secured the services of local jazz band The Rossi Gang, started contacting old clients about participating in a “Show ‘n’ Shine”, and the East Van Bike Jam was born. “More than anything, I hope this event drums up business for the other builders, and help spread the Dream Cycle philosophy across the city,” says McKay. “I’m also can’t wait to see customers I haven’t seen in years, and hear more about how their bikes are treating them.”

Sadly, McKay’s mother passed away shortly before he opened the doors to Dream Cycle in February 2006, and didn’t get to see the space she had inspired. However, her memory lives on in the form of the event poster, which includes an illustration of hers. “I believe in the bicycle. And riding a bike is the closest thing you can get to flying, which is why I wanted to include wings in the shop’s logo,” explains McKay.

One thing is for certain: McKay’s passion and personality has made Dream Cycle a labour of love that stretches far beyond a brick and mortar shop. And we look forward to seeing what impact he and his ideas have on Vancouver’s emerging bike culture in the coming years. But for now, we are happy just to join him for a night of dancing and drinking with friends, and help him celebrate a decade of well-deserved success. 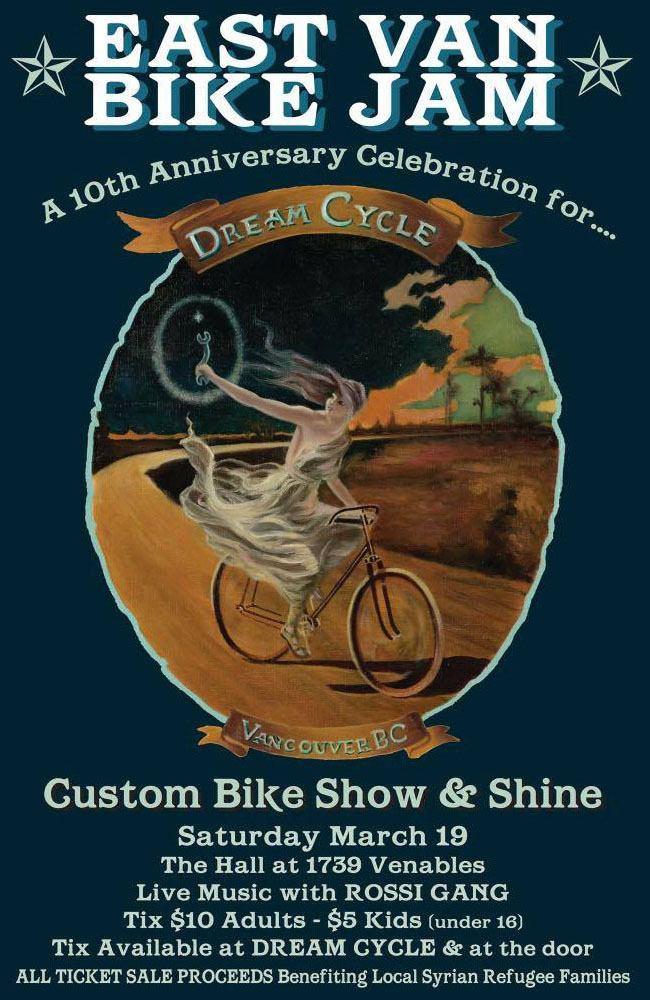