In January of this year, Jordyn Leopold (11 year-old daughter of NHL defenceman Jordan Leopold) wrote an impassioned letter to the Minnesota Wild urging them to trade for her father to bring him home to Minnesota.

She said that her dad was lonely and that she was lost without him.

On trade deadline day March 2, young Jordyn got her wish. Her father Jordan Leopold was traded from the Columbus Blue Jackets to the Minnesota Wild for Justin Falk and a 5th round draft pick. 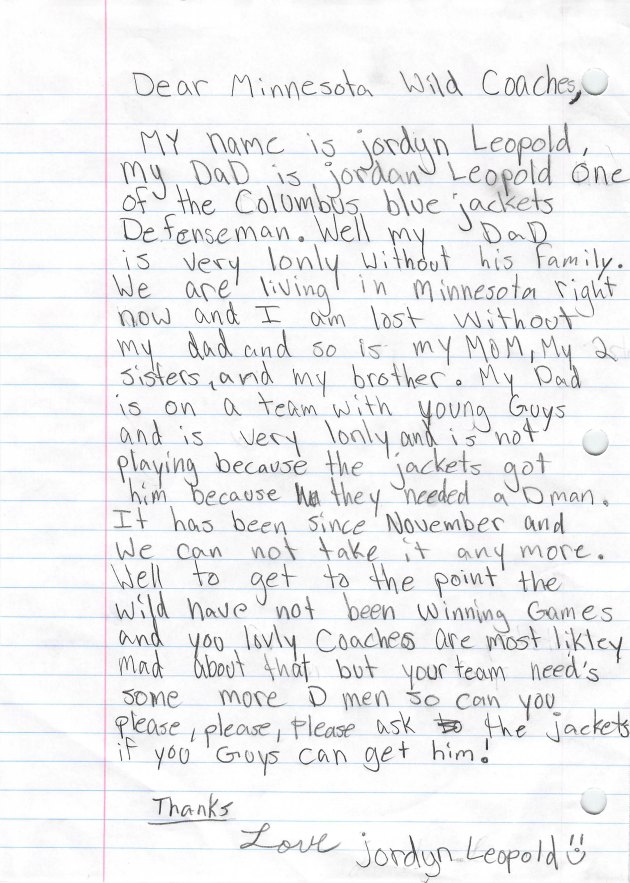 The letter – unseen by Wild management – went viral and rightfully so: it was likely the highlight of a rather uneventful trade deadline day.

Thus, to celebrate this letter, I am proud to present to you the Imoo Family interpretation of it. I call on my 11 year-old son Jacob to recite the letter while I provide some mood music.